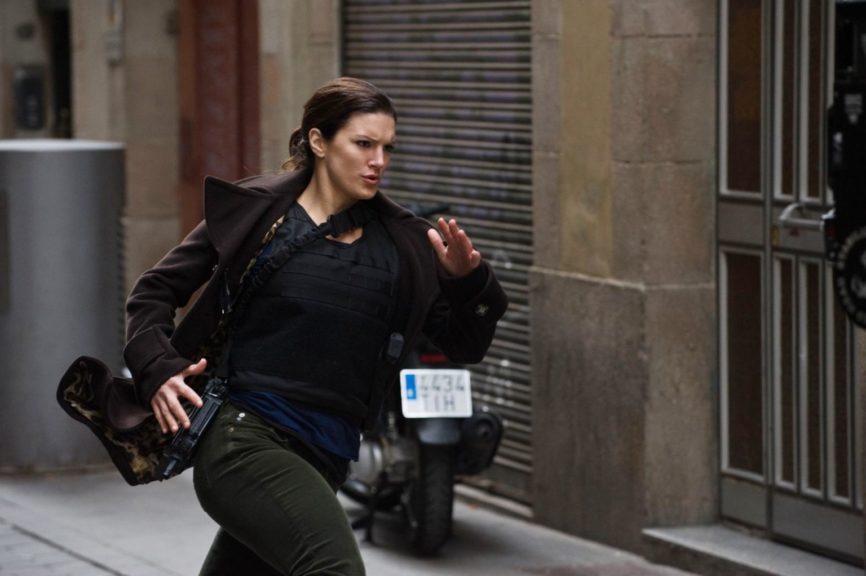 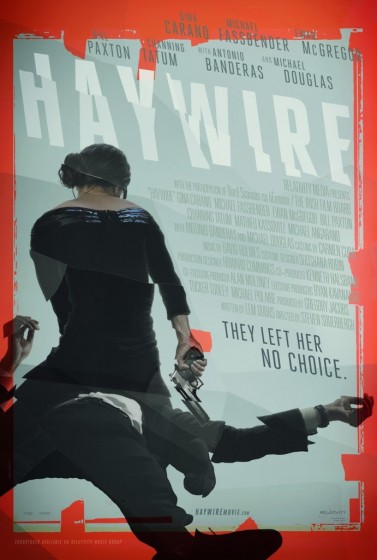 Oh, how much fun is Haywire? It’s from Steven Soderbergh, who is always an interesting director—I’m a big fan of The Limey, Out of Sight, sex lies and videotape and Solaris, with much respect for Traffic, last year’s Contagion, Erin Brockovich and the Oceans 11 movies. Even when his work moves into the more experimental—some might say indulgent—I’ve always been curious about where he’s trying to go. It’s when he messes with genre forms that I think he really shines.

This is Soderbergh’s take on a ’60s spy/action picture, with a lead who can really carry the action. Gina Carano is a former MMA fighter who also once starred on the TV series American Gladiators. Her physical grace is remarkable, and while she doesn’t have a lot of emotional points to play, she does intensely focused very well, which is mostly what Tom Cruise is asked to do in his action movies. Carano delivers in spades. 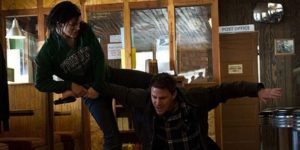 I gather Soderbergh built the movie with her in mind, and cast some of the day’s bigger marquee actors opposite her, men who have done action work, too: Channing Tatum (GI Joe: The Rise of Cobra, Step Up), Ewan McGregor (the Star Wars prequels) and the suddenly ubiquitous Michael Fassbender (Centurion, 300). So when it comes down to it, they don’t look like total amateurs opposite her trained skills, and she doesn’t look like an amateur opposite their experience. 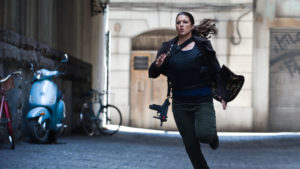 The story concerns Mallory Kane (Carano), an agent employed by a private contractor doing black ops for the US government. We meet her at a northern New York state diner, and from there the first two acts of the movie are flashback, to Barcelona, Washington DC and Dublin, where her boss and former boyfriend Kenneth (McGregor) assigns her to rescue a Chinese journalist from a safehouse, and then do some additional work with MI:6. But behind the scenes the old guard (characters played by Michael Douglas, Antonio Banderas and Mathieu Kassovitz) are pulling strings to put her in a lot of trouble. 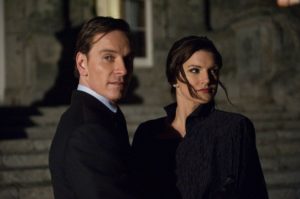 Of course, she realizes she’s being set up. The rest of the movie follows her as she goes from one bad guy to another, serving up dishes of revenge, both the hot and the cold kind.

The physical fights are poetry. Soderbergh locks down his camera, allowing Carano and her leading men to do their thing. The edits are smooth and you always know what’s going on.

Though I am also a fan of the more jagged, hand-held approach favoured by Paul Greengrass in the Bourne movies, so few directors do it as well as he does, instead using that same method to hide the shortcomings of their “combatants” and annoy audiences with the chaos. In some ways this is a bit of a throwback, but as with all Soderbergh’s films, the camerawork is clean and well-considered. The music cues from David Holmes have modern electronic touches but also a funky rhythm suggesting the Lalo Schifrin-esque cool of soundtracks from the 1960s and ’70s versions of this kind of movie.

Screenwriter Dobbs worked with Soderbergh on The Limey, and here, like in that film, the fragmented chronology of events serves to provide an added layer of complexity to a fairly basic genre tale. 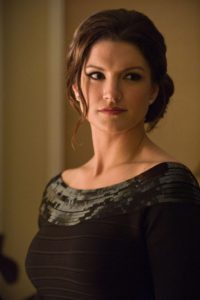 Did I have any gripes? Perhaps, but they’re very mild. Maybe because of Carano’s toughness, you don’t feel much of an emotional connection between her and, well, pretty much anyone. I was reminded of the bond between Jennifer Lopez’s character in Out of Sight, Karen Sisko, and her tough-guy father, played by Dennis Farina. Here the connect is mirrored, between Mallory and her father, a former military man played by Bill Paxton, though we don’t get much of a sense of their relationship. If we did, maybe we’d have been more concerned for his safety. The fact is, she’s just so damned capable I never was too doubtful she wouldn’t prevail, and it could be that lack of suspense is a detriment to the film’s success, overall. 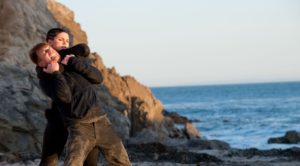 But, I was really impressed with Haywire. It’s a movie that succeeds in being exactly what it sets out to be and has a whole bunch of fun getting where it’s going.