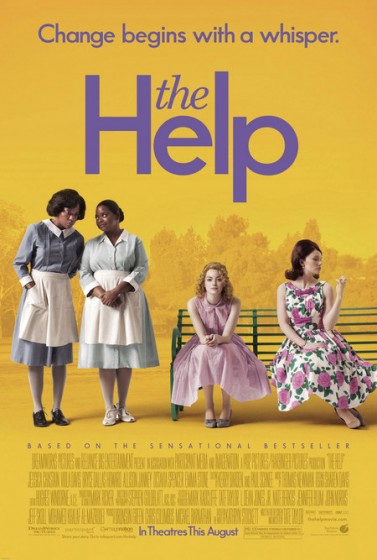 With the Oscars on Sunday, I thought it worthwhile to catch up with a few of the films with nominations that I missed in the cinema. 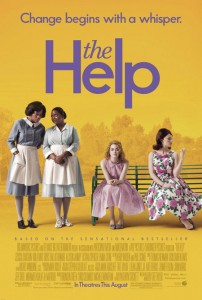 The Help
Written and directed by Tate Taylor, from the Kathryn Stockett novel.

Well, it’s a bit hard coming at this with all the words written about it so far. I want to say, for the record, that I understand a lot of the critical animosity against this film. It’s the product of a culture where white audiences can feel better about themselves because in stories like this not all white people are racist. Only some, and they’re twisted cartoons of evil. The story says some white people actually helped to empower black people, and we can relate to them. It’s very much in the same frame as The Blind Side. It’s in movies like this I feel the widest chasm between Canada and the United States. Not to say we don’t have racism here, but we rarely feel it necessary to rewrite our own history to better suit our passion for myth-making.

I also want to say, for the record, that I was very much carried away by the storytelling in this film. A great sense of place behind a stellar collection of performances, all of them women. This isn’t a story that needed much from men. I really liked that it started to be about a privileged white girl who wants to be a writer and then turned into the story of two black maids fighting for their dignity and human rights. And a lot of that had to do with the performances of Viola Davis and Octavia Spencer. By the third act, the movie is theirs.

And, I also recognize that beyond the solid performances, the soapy tale couldn’t be softer. Moments of darkness and real strife are spoken of after the fact or from a distance, never shown. Even when we see blood after a miscarriage, it’s strangely demure.

This is not a film that wants to get its hands dirty with the facts. It’s a bit of a dream. But I can’t deny the way it pulled me in, nor the strengths of the performances.

And, for more reading on the subject, check out Viola Davis’ response to those who do have a problem with the politics of the film, here. 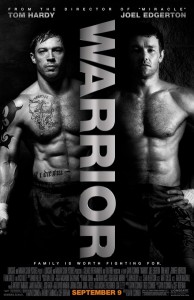 Warrior
Directed by Gavin O’Connor
Written by O’Connor, Anthony Tambakis and Cliff Dorfman, from a story by O’Connor and Dorfman

There’s a lot to celebrate in this picture. It gets right a certain kind of grit, the same kind that people mistook for realism in Rocky, and serves it up to us again like something new. But it does it so well, we don’t care. The story of two brothers who were raised in different homes with different experiences, both with sterling reasons for getting involved in a Mixed Martial Arts tournament—and you know they’re going to have to fight each other eventually. Nick Nolte as the dad, all grizzled and wounded (does he play any other part?) is absolutely worthy of the Best Supporting Actor nomination he’s earned.

Warrior succeeds as a family melodrama, but even more so as a sports movie. Here’s a story mostly about men. The performers playing the brothers, Tom Hardy and Joel Edgerton, are in great shape, though it’s a bit hard to believe that, despite his incredible ferocity, Hardy’s Tommy Conlon could take down his opponents in the ring so handily. Still, it’s so exciting I barely stifle a whoop when he does. That’s also because Hardy is such a magnetic actor. He has a livewire energy that shows up in any role I’ve seen him in. (Mind, I haven’t seen This Means War. Tom, what were you thinking?)

Anyway, I caught up with Warrior at home on DVD on a cold, February night, and it completely entertained me with its perfectly judged tone and relentless cleaving through sports movie tropes. It might do the same for you.