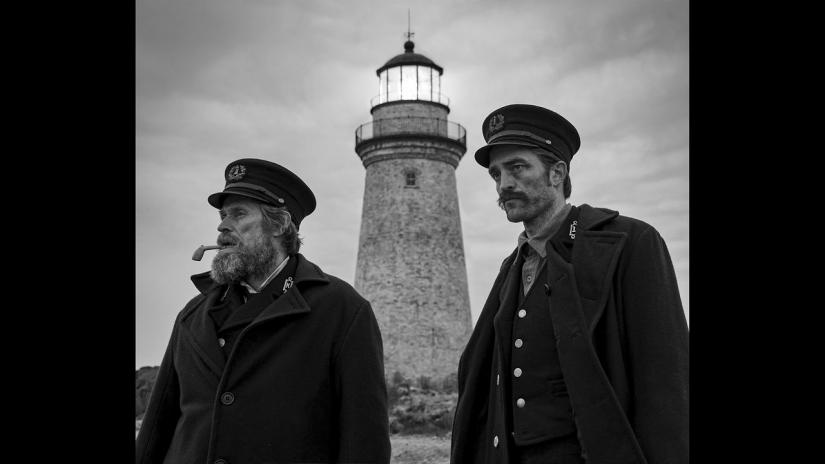 While I didn’t take in quite as many films as I’d hoped, or may have on other years, I still feel like I got to take a solid bite out of the 2019 FIN Atlantic Film Festival, including seeing many more documentaries than usual. 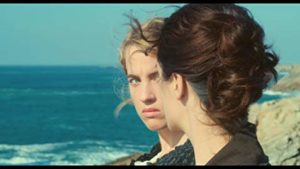 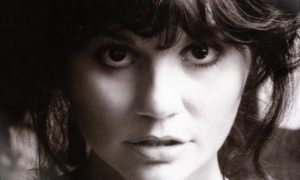 Documentary Highlights: Assholes: A Theory, Because We Are Girls, Linda Ronstadt: The Sound Of My Voice, Drag Kids

Full marks to the army of volunteers for making this festival feel very well-run and welcoming. Also big ups to the programmers for bringing in a great selection of international cinema and documentaries that we likely wouldn’t have seen otherwise, except maybe at Carbon Arc.

I was pleased to see such a great turnout, so many screenings at capacity, or close to it, though at the same time wondered why the FIN Twitter account wouldn’t share when tickets to particular screenings were sold out.

I have noticed that in recent editions of the FIN fest that the prestige American releases are becoming fewer and farther between, which I suspect is a financial decision, but it also means there’s less chance of seeing the award-worthy films months in advance of their release date, the ones that used to make a splash at TIFF and then showed up here, like Room , Manchester By The Sea, The Florida Project or Moonlight. This year, Judy was maybe the only title from that cohort at the festival, and I missed it with expectations to see it when it opens in cinemas on September 27.

I thought Murmur was a strong debut from Heather Young, and she did a lot with what was clearly a shoestring budget, so I wasn’t surprised her film garnered a lot of the festival awards. While I’d like to offer many congratulations to her and the other deserving winners, I have to ask, what was Murmur‘s competition this year? Where were the strong features from Newfoundland that we often see, or even potent genre pieces from seasoned regional filmmakers like The Child Remains? Obviously, I didn’t see every local offering at FIN, but I also didn’t hear much buzz. My question: Is it getting harder to make feature films in Atlantic Canada?

Thanks to everyone for visiting FITI and reading my rambling trip through this terrific festival. 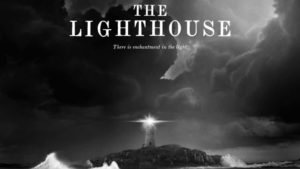 This film is a big deal for the Nova Scotia film industry. It shot for 35 days in Burnside and Dartmouth and on location just near Yarmouth at Cape Forchu, A keeper’s building and full scale lighthouse were built and transported to the location, all to the specifications of writer-director Robert Eggers, who comes from a background in Production Design before he made his 2016 goat-horror debut, The Witch. 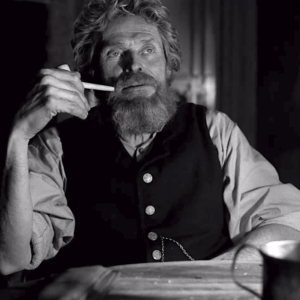 This is a different animal altogether. We’re on a rocky island off the coast of Maine. It’s 1905, and the relief lighthouse keeper, Thomas Wake (Willem Dafoe), a blustery, salty former sailor, and his apprentice, Ephraim Winslow (Robert Pattinson), holding tight to a dark secret, arrive to take over the station for a month, with Wake the relentless taskmaster and Winslow just sort of hanging on—and starting to hallucinate about merfolk and other myths of the sea.

The look is locked in: black and white, shot on 35 mmm film with a high contrast grain and a boxy frame—which I believe is in the same ratio at the festival’s opening film, Murmur—keeping things gloomy and close for this two-hander, with the sound design a real achievement—the constant fog horn chiming in with spooky creaks and atmospheric groans. Between the two men it’s all flatulence and masturbation—the latter becoming a theme for Pattinson—and that’s joined eventually by heavy drinking to manage the boredom of being stuck in this place once an interminable storm arrives. The leads’ performances go large, acting with a capital A, which is no doubt engaging—a lot of rousing speeches, if only partly intelligible, and bad teeth in Dafoe’s head. 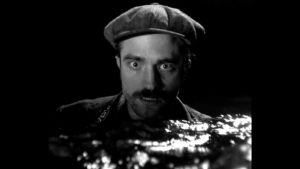 But The Lighthouse doesn’t add up to a lot. It isn’t terribly frightening, and the creep, which Eggers so deftly built through the running time of The Witch, peaks early here and never really takes us anywhere. Unexpected lashes of humour help keep things lively, but it also tends to undermine the suspense. This is an impressively constructed, gothic experience at the movies, but also, sadly, a bit of a chore.