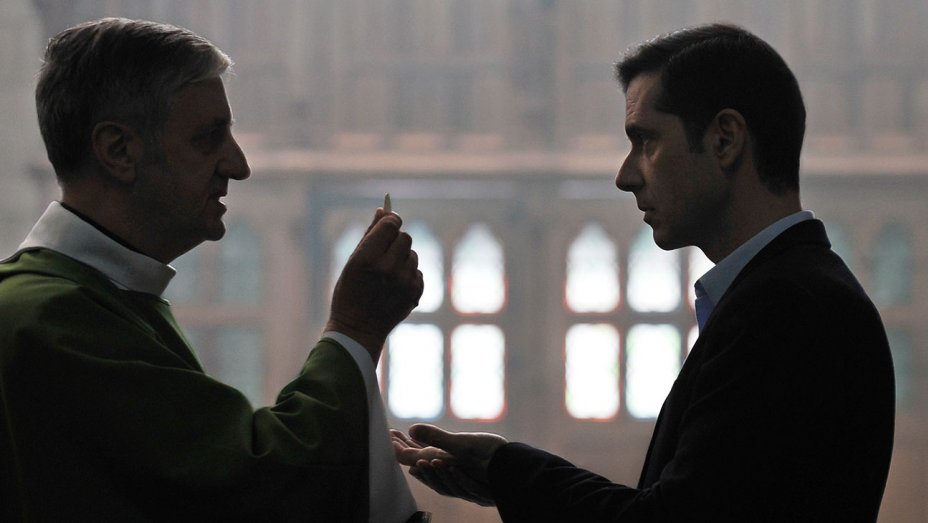 Hugh Hefner’s After Dark: Speaking Out In America 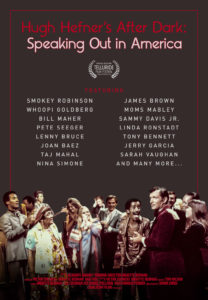 A look back at the Playboy founder’s ventures into television in the 1950s and 1960s, with an assembly of footage from his variety/talk shows Playboy’s Penthouse and Playboy After Dark, shows that challenged American television audiences for a couple seasons about a decade apart. According to Brigitte Berman and Victor Solnicki’s documentary, the shows really pushed boundaries—the first one by inviting both white and black performers, including Nina Simone, Pete Seeger, and Sammy Davis Jr, into Hef’s Chicago penthouse—really a well-dressed studio—to perform, hosted by Hefner and surrounded by well-dressed cocktail guests. 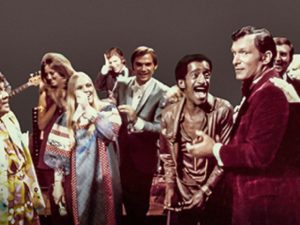 The second show brought the counter-culture onto TV—seeing the very young members of the Grateful Dead hobnobbing with Hef and his guests brings on a bit of a cognitive dissonance. John Kay, Joan Baez, Smokey Robinson, Jim Brown, and Linda Ronstadt all talk about the scene, while fans of the show, like Bill Maher, recall its ground-breaking efforts to bring forward politics and social issues in the framework of music and chat television. The documentary serves as a fascinating time capsule, though in the current day talking heads take the film down a few rabbit holes where a more judicial editor might’ve helped keep it focused. 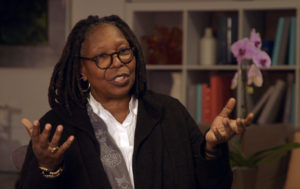 In terms everyone in 2019 can understand, the timing of this film in this post-Hefner, #metoo world, offers an alternative perspective on the always controversial housecoat-wearer and publisher. Those were different times. Groovy, baby.

Grâce à Dieu (By The Grace of God) 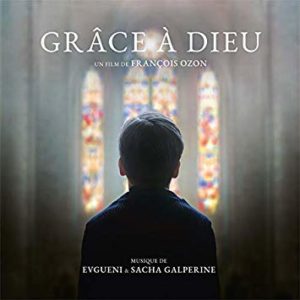 FIN Director Wayne Carter nailed it in his introduction to French auteur François Ozon’s newest picture: you can compare it favourably to the Oscar-winning Spotlight as a cracking procedural based on real people and actual events that explores similar material—pulling away the cloak of secrecy in the Catholic Church protecting pedophiles. The major differences here being culture and location—this happened in Lyon, France, and the investigators in this French film are the victims themselves. 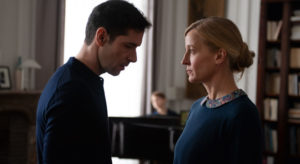 A group of men and their families band together to get justice for how they were wronged as children, directing their efforts toward one particular priest who, at the start of the film, is still working with children, 30 years after many of the men were abused as kids, long after the statute of limitations for conviction has expired. 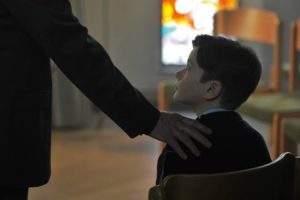 Ozon has certainly indulged in melodrama in the past, but here is remarkably restrained, letting his three key actors—Melvil Poupaud, Denis Ménochet, and Swann Arlaud—do the heavy lifting. As usual, Ozon employs a lot of voice over, but in this case it really works to help convey the correspondence between the various men, their efforts to challenge Catholic officials, and connect with each other to make a difference. At two hours and 20 minutes, the film takes its time to link the men’s stories together as it shifts focus from one to the other, allowing each to be a supporting player in the other’s narrative. Beyond that,  the film does the necessary work to show how difficult it is for these men and their families to go forward in this fight, and how much bravery they muster to talk about what happened, especially in a town where the Church still holds such sway. It’s difficult material well presented and performed.