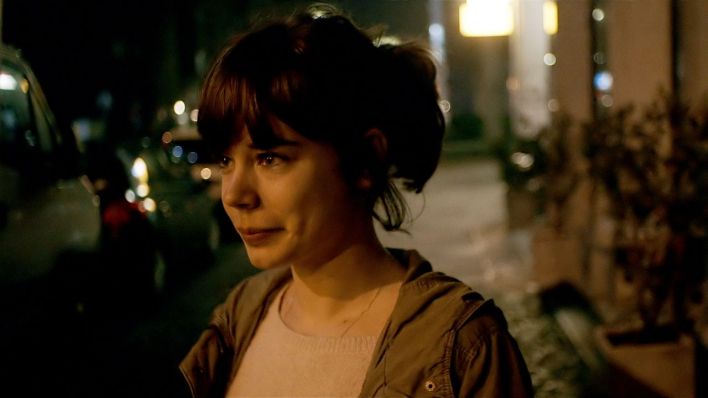 It’s the end of a 14-hour day at the film festival, but I have to write a few words about Room, which I got out of less than an hour ago.

As I mentioned on Twitter, it’ll be a hell of a year at the movies if I see anything else as powerful. I had a feeling we were getting something special when we heard it had won the audience award at TIFF earlier in the day, often a bellwether for Oscar gold… but WOW. 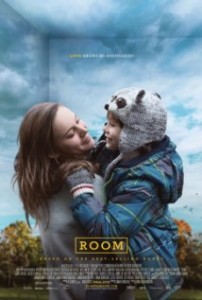 Directed by Lenny Abrahamson | Written by Emma Donoghue adapting her own novel | 118 min.

The kind of picture where you spend most of the running time holding your breath, where a simple summation of the plot—a young woman and her son escape from a hideous captivity—offers about 1% of what’s actually going on here. In its two hours, the film tells a huge story about the very best and very worst of what we as humans have to offer, the power of parenting and the repulsive evil of abduction and rape. It tips back and forth between these distant poles, wringing out audiences through the middle.

Joy (Brie Larson, a career best work from her), lives in an enclosed space with a five-year-old, Jack (Jacob Tremblay). As the film is largely seen from his perspective, Room is his world, it’s all he knows. His mother explains to him there’s more than those four walls, and the film deftly keeps the fact she’s a sex slave outside the margins of Jack’s understanding. It doesn’t take the rest of us long to piece it together, though.

A lesser film might have made their escape the climax. Not here—there’s plenty of story left to tell, as Jack meets a world so much larger than any he could imagine, while Joy struggles with PTSD and a mightily changed relationship with her parents (Joan Allen and William H. Macy) and stepfather (Tom McCamus).

Abrahamson (whose Frank was a 2014 gem) has an unerring and intimate touch, raising the dramatic pitch to an operatic level with the use of editing and score, while leaving space for tiny, perfect moments. And his actors are pitch perfect throughout. How he gets that performance out of eight-year-old Tremblay is beyond me.

Easily one of the year’s best.

My Sunday at the AFF started with a fascinating script table read of John Hillis’ Niagara Falls, a cancer drama with a genuine streak of whimsy. Based solely on the fact it’s like nothing else I can think of on the big screen, I hope he can get it made.

Then I took in a German film: 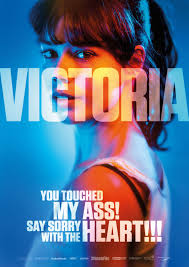 The buzz that precedes Victoria has mostly to do with its technical achievement. Like Birdman, it’s a story told in a single, continuous shot. Unlike Birdman, it actually manages to string its two+ hours through one incredible, rambling take, without edits. At least that’s the best I can tell… maybe the edits were really subtle. The logistics are mind-boggling, but when you hear the script was only 13 pages long, you have to credit the improvisational gifts of the actors as much as directorial planning.

The plot—a Spanish woman out clubbing one night in Berlin gets mixed up with four late-night party dudes who have a heist in their wee-hour plans—doesn’t really get started until an hour-and-a-half in. That extended first act is more or less a conversation through the streets of Mitte in painfully broken English, the only language shared by one of the four Berliners and the Spaniard, and it’s tough going.

A bit of a marathon with some wildly implausible plot points, Victoria is a high wire act worth seeing for patient cineasts or genre fans who, unimpressed by this year’s Best Picture winner, wanna check out how this maneuver is really done. 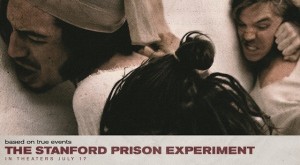 The second movie at this year’s AFF about a much-discussed psychological study into the power of authority, after Experimenter, The Stanford Prison Experiment is the less arty, more conventional of the two, but they’d make a fun, if fucked-up, double-feature.

Here Billy Crudup is Dr Philip Zimbardo, a Stanford researcher planning a late-semester experiment—pay 18 students, all men, to come in for two weeks and split them into two groups: guards and prisoners. They turn a college building hallway and offices into the cell block, and that’s where we spend 95% of the movie.

Like Experimenter, the film allows a showcase of character actors to shine—including Ezra Miller, Thomas Mann and Nelsan Ellis—as the study takes no more than 24 hours for the guards to abuse their power and the prisoners to fall in line or fall apart. The otherwise magnetic Olivia Thirlby is underserved by a part that requires no more than she disapprove of Crudup’s methods.

As a dramatic framework, it lacks an arc. No one died and the lasting damage, such as there is, is minimized by conversations between the students in the final moments. Maybe I’m cynical, but there wasn’t much about the film that surprised me. Privileged young men take the opportunity to brutalize their peers? Hasn’t anyone ever watched junior hockey or football?

The Atlantic Film Festival also gave out some awards on Sunday afternoon, and I was pleased to see Undone, which I saw Saturday, win for best Atlantic Feature. There were plenty of worthy winners, congrats to all. Here’s the list: