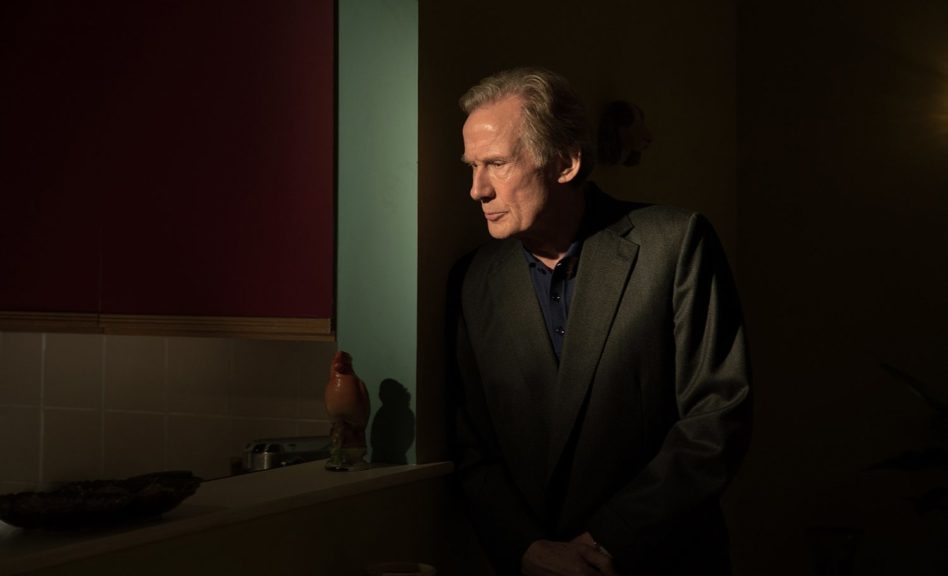 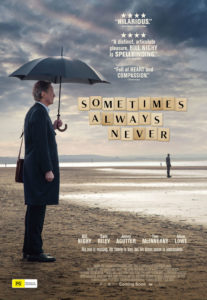 Years from now, we’ll look back on the work of Bill Nighy and recognize him a unique performer whose work is a gift (if we don’t do that already). Sometimes Always Never finds him in excellent form in a genuinely odd comedy-drama, written by frequent Michael Winterbottom collaborator, Frank Cottrell Boyce, and deeply art-directed to a whisker from a Wes Anderson picture.

In it, Nighy is Alan, a Scouser, a tailor, and father grieving a long lost son. Years back they were playing a game of Scrabble and the son got upset and left, and neither Alan nor his family have seen him since. The trauma of this has driven a wedge between Alan and the son who’s still around, Peter (Sam Reilly), but Alan is still in reasonably good stead with his grandson, Jack (Louis Healy), and daughter-in-law, Sue (Alice Lowe). 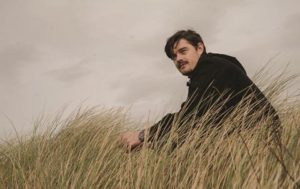 The picture shifts, sometimes within a scene, from a relatively straightforward and realistic depiction of life in British household, town, or seaside, to an oddly surreal drama, bringing some elements into focus while other pieces drop into the background, as if we’re watching the events through a dodgy television tube. Peter and Sue’s house is decorated like it’s eternally 1966, and there are plenty of vintage cars on the road while everyone carries cellphones and plays video games online. The quirky texture helps keep us on our toes, as does Nighy’s ultra-dry wit—Alan doesn’t give much away, and you get the sense he always has some kind of plan afoot, whether it’s simply to annoy his son or grandson or hustle some chump (in this case, the always welcome Tim McInnery) out of a bunch of cash over a Scrabble game, or make moves his wife (the legendary Jenny Agutter). 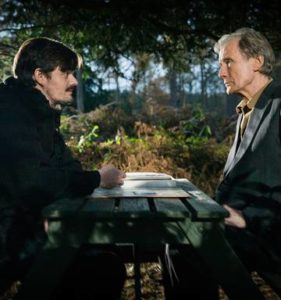 Any chance of the whole affair crossing over into a recognizable Andersonian twee-town is scuppered by this underlying melancholy and a strong grip on its themes, singing in a tone of grieving that gives the humour some added spice. It’s all quite wonderful, really.