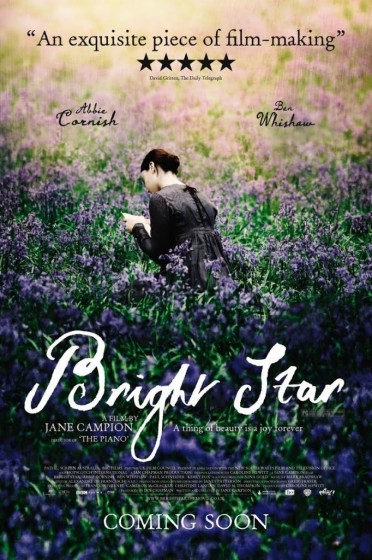 Today is the anniversary of FITI. Two years of my relentless spew. Thanks for checking it out. 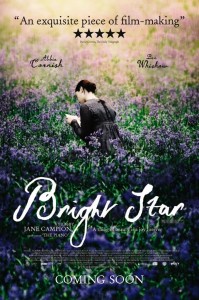 In my humble opinion, 2009 was not a great year for movies. I found myself enjoying plenty of what I saw but loving very little. I struggled to assemble a list of 10 movies that I think will stand up and be fondly remembered in a decade.

To review my criteria for the best movies of the year: A certain kind of rewatchability. It’s a quality difficult to measure, but I know it when I see it. It’s inherent in films with considered, thoughtful scripts, characters and plots, films that strike and sustain a certain tone, that fulfill an emotional arc. I also like originality, something that takes me by surprise, but as a fan of genre, I will give big props if a picture soars within an established formula.

For 2009 I’m going to start with my honourable mentions list, a host of films I enjoyed enough as I exited the theatre (or pulled out the DVD) that I would recommend.

So, here are the 10 (actually 11) I enjoyed just a little more. I also have to say there are plenty from 2009 that remain unseen by me, including Drag Me To Hell, The White Ribbon, The Last Station, WHICH WOULD HAVE EASILY VAULTED INTO THE TOP 10 HAD I SEEN IT BACK IN 2009 Crazy Heart, The Class and Bad Lieutenant: Port of Call New Orleans. I hope to catch up with these soon.

10 Whip It/Jennifer’s Body
I couldn’t choose between these two, and I associate them as a pair because they were released within weeks of each other in September and both have Juno pedigree, Ellen Page in Whip It and Oscar-winning screenwriter Diablo Cody wrote Jennifer’s Body. And sadly, neither film was a box office sensation and both should have been. Whip It is a great coming-of-age picture about a girl finding something she loves, roller derby, and first time feature director Drew Barrymore creates a lovely, Spielbergian suburban energy. And Jennifer’s Body is another picture centred on friendship between women, with added blood, betrayal, a few scares and a lot of laughs. I hope both movies find a second life on DVD.

9 Knowing
I think only me and Roger Ebert liked this movie. A balls-out genre picture (starring crazy ol’ Nic Cage) that reimagines Judgment Day through alien/angelic prophesies and mounting catastrophe. I was on board from the beginning and loved where it took me.

8 An Education
Everyone I’ve spoken to about this movie has had a different opinion of it, some very negative. Even I have a few problems with it, but not enough to kick it off my list, given its plethora of pleasures: a great script, solid performances from the whole cast, a great sense of time and place, some nice twists that I didn’t see coming and a star-making role for a fine young actor, Carey Mulligan.

7 State of Play
An adaptation of a British miniseries, this was one time where the Hollywood remake actually worked, thanks to a smart, tight story and great performers, especially Russell Crowe and Rachel McAdams, with sterling support from Ben Affleck and Robin Wright. And, I confess, I liked seeing a smart thriller in the All The Presidents Men vein, where the press is the good guy for a change.

6 Timecrimes
I love smart time-travel stories, and this is the best in years. A little-seen Spanish thriller, it tells the story of a few hours in the life of a not-very-nice man, who goes back in time about an hour and half, locking himself into a loop of bad decisions that threaten to destroy his reality. It’s worth checking out for the airtight pretzel of a script.

5 I Love You Man
I don’t tend to like a lot of mainstream comedies, but this one really worked for me. A very sweet story of a bromance, two adult men trying to become friends. The pairing of Paul Rudd and Jason Segel really works, with improvised dialogue creating regular laugh-out-loud moments through the running time. Plus, Rush!

4 In The Loop
A British political comedy, adapted from a British TV series, it mines the foul-mouthed joy of insult humour, as well as deftly satirizes American war-mongering and British waffling, as well as the fact we Canadians are just happy to be invited to the table.

3 Inglorious Basterds
I wasn’t one of the people that loved the Kill Bill movies. I mean, the first one was pretty great, but I haven’t really loved anything Quentin Tarantino has done since Jackie Brown. Here QT writes and directs a primer on suspense. Every scene is created and sustained to whiten your knuckles, and his use of language and subtlety with actors belies the broad genre strokes of a story that reimagines how great it would have been to see Hitler die in a hail of bullets. He throws everything he’s got into this WWII fantasy, and while tastefulness may not have stuck, there is huge emotional satisfaction going on the ride and seeing where he takes you.

2 Hunger
First-time feature filmmaker Steve McQueen makes the most artful film of the year, one that may defy my rewatchability criteria due to its harshness, but I can’t deny its visual imagination and the storytelling talent of its neophyte director. A startlingly evenhanded look at the political struggles in Northern Ireland in the 1980s, focusing on a group of Irish prisoners of conscience, particularly Bobby Sands, who earned international attention for going on a hunger strike. The guards in the prison facility are shown to be human beings and the prisoners are thoughtful and desperate, but never do you get the impression the director endorses their decisions. So smart and well-crafted, it reminds you how superior it is to Hollywood’s stale formula simply in the visuals. And big props to Michael Fassbender in the central role.

1 Bright Star
Jane Campion returns with the best film of her impressive career, as strong as the Academy award-winning The Piano. The story of John Keats, a giant amongst romantic poets who died very young, but not before a few years of romance with the lovely and forthright Fanny Brawne. In the lead roles, Ben Whishaw and Abbie Cornish perfectly convey the idealism of young love and as an audience we are allowed to snicker at them a little, especially in the scene where Keats’ friend Charles Brown (the amazing Paul Schneider) Keats and Brawne troop out into the woods for the argument over the Valentine that Brown sent to Brawne. But when it counts, the drama and tragedy and emotion is painfully real. Add to that my feeling that it is the most beautiful looking and least stuffy period films of the past few years, one that reduced me to a blubbering wreck both times I saw it, at least partly due to the gorgeous light in the picture. It wasn’t a difficult choice selecting it as the best of 2009.


And the Worst Movies of the year? Well, since you asked… these were the ones that really disappointed me, and it isn’t a coincidence that they’re all romantic comedies. We are in a very bad time for one of my favourite genres.
Whatever Works
I love Woody Allen, but this felt like a reheating of all his worst tropes: the older guy/younger woman plotline, the older guy being a misanthropic intellectual, and the jokes just not being very funny. He can do so much better than this and I hope he does with his next one. YOU WILL MEET A TALL DARK STRANGER IN 2010 WAS A MARKED IMPROVEMENT.
The Proposal
It depresses me to no end that such a clunky, bad-spirited pill of a movie could be so damn successful. Bullock and Reynolds, both of whom I like, are at their least charming and least funny.

He’s Just Not That Into You
Take a self-help book with questionable pedigree and combine it with the happy-ending requirements of a romcom, poison both with hypocrisy. Dire.