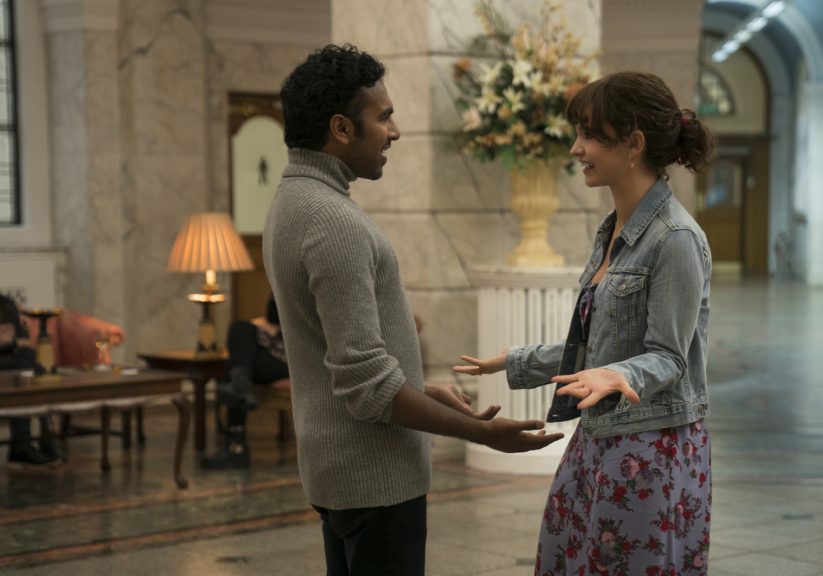 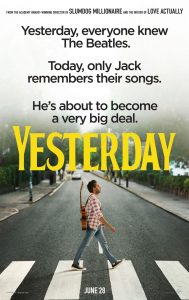 In the current spree of musical biopics like Bohemian Rhapsody, Rocketman, and whatever Mamma Mia is, Yesterday arrives with a genuinely clever premise, stoked by a lot of excitement around one of the best trailers in years: What if a struggling musician, after a strange, supernatural event, was the only person who remembered The Beatles? What would he do? What any one of us in his position would do: play the songs by Lennon, McCartney, Harrison, and Starkey, call them his own, and turn himself into a star.

It’s a terrific concept, and in the hands of Danny Boyle, the director of Trainspotting, 28 Days Later, and Sunshine, who can make even moribund material pop, it should really sing. Richard Curtis is the undisputed king of the British romcom—despite getting syrupy with his more recent efforts, he has classics in his past. 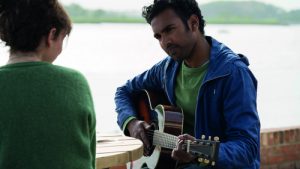 So, why is Yesterday only a passable entertainment, and in places, so frustrating?

Jack is the musician, played by Himish Patel. He’s managed by longtime friend Ellie, played by the lovely Lily James. Hearing his gift for songwriting, Ed Sheeran invites Jack to open for him in Moscow, which leads Jack to LA for a record deal with the predatory Debra Hammer (Kate McKinnon), leaving behind Ellie just as she’s got up the courage to confess her love for him.

Structurally, aside from the sci-fi conceit, there’s not much here that varies from the romcom tradition, but that’s not the problem. Far from it. Although I’m reluctant to slam any young performer just getting a big break, Patel is the film’s biggest debit. He’s one note, pun intended. He goes from barely sublimated shame at being a failed musician to barely sublimated shame for achieving massive fame singing songs he didn’t write. A good voice and pretty face simply aren’t enough to carry the proceedings, and James blows him off the screen in every scene they share. 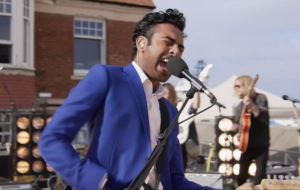 That Jack has completely missed Ellie’s passion for him makes him appear a bigger tool than the film can justify as a romantic lead. He isn’t given a single solid line or laugh, and the picture is never quite able to recover from his witlessness, even when he, naturally, comes around to Ellie’s appeal.

There are small, charming moments running through Yesterday that go a little way to alleviate some of these issues. Boyle is nothing if not a visual stylist, and there’s some colourful production values and gorgeous drone photography that help carry us along. The Beatles aren’t the only massive cultural influences suddenly absent and un-Googleable, which makes for some chuckles. There’s one great, if inevitable, Oasis joke, and there’s a thin thread picking up on what music actually means to people, which is heartening, but the film isn’t really about that. If it was, it might finally explain the modern mystery that is Ed Sheeran’s massive popularity, but it’s probably a mistake to expect too much.

One of the things Curtis isn’t as good at these days is writing a memorable supporting cast, formerly a signature of his films. For a second Joel Fry looks to be a charming, if loudmouthed, sidekick, a la Rhys Ifans in Notting Hill or Charlotte Coleman in Four Weddings And A Funeral, but he never really registers beyond the hair. And there’s something wrong here if the brilliant Kate McKinnon doesn’t get to be funny. 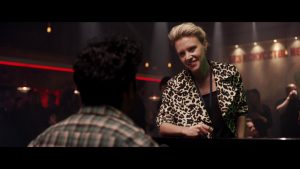 For a few moments, Yesterday looks like it’s going to have something to say about manufactured images and the emptiness of most modern pop music where 16 people pen a song, or maybe about how celebrity and creativity are often mutually exclusive, or even explore the likelihood that anyone playing The Beatles’ music in 2019 would be hailed like Jack is. But, no, the picture lacks the ambition to do much more than make for a great trailer.