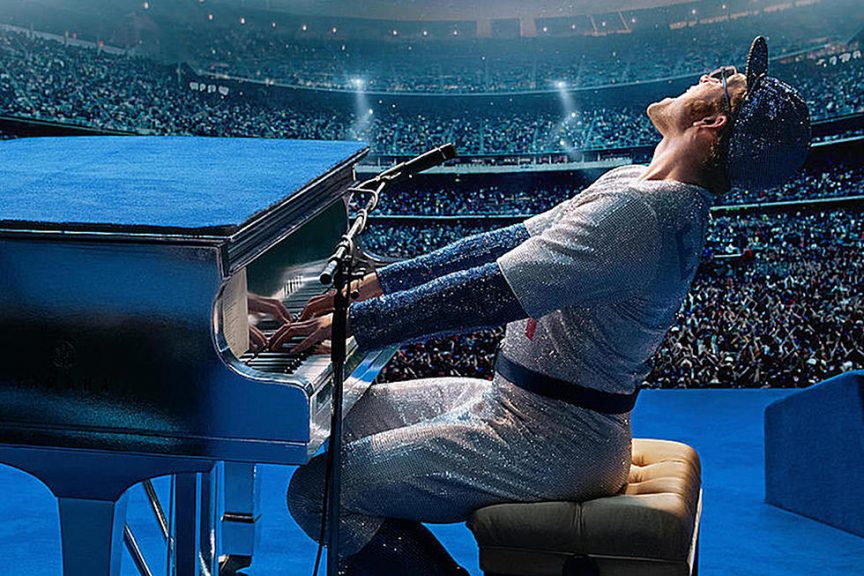 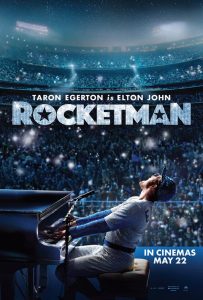 Here’s the thing: All this Elton John musical biopic needed was to improve on Bohemian Rhapsody, the Freddie Mercury picture that wound up an unexpected global hit and Oscar-winner. Rocketman is better by about a nose. The one way it distinguishes itself is with a more expressionistic approach—it hits the relevant life events and greases the drama with musical numbers while being less coy about its lead’s gay lifestyle than that other rock bio, but it doesn’t deliver much that’s fresh to ye olde rock star narrative. 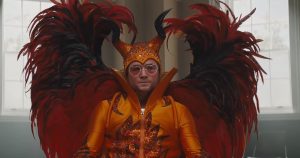 We meet the former Reginald Dwight (Taron Egerton) as he checks into rehab at some indeterminate point in his life post-global-success and lays out his appetites to a group of strangers: alcohol, drugs, sex—he’s out of control. It’s shocking, right? Elton John is a rock star who lives way too fast. Who knew? 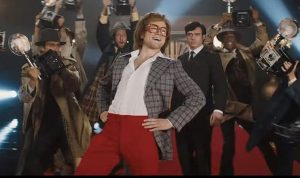 The flashback structure allows for more flexibility with musical set-pieces—child-Reg sings “I Want Love,” despite John having released it in 2001. The film divests itself from slavish fidelity to chronology, instead choosing and adapting the songs to suit the dramatic structure, which allows for the odd surprise in the storytelling.

Highlights include terrific versions of “Saturday Night’s All Right For Fighting,” “Your Song,” and “Rocketman,” with a hilarious revisiting of the none-more-’80s video for “I’m Still Standing.” The take on “Tiny Dancer” doesn’t come anywhere near to the emotional impact of Almost Famous‘ bus-ride singalong, but there’s still fun to be had. 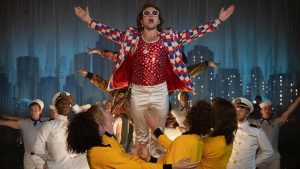 Actor-turned-filmmaker Fletcher (The Rachel Papers, Lock, Stock, and Two Smoking Barrels) directed The Proclaimers’ musical Sunshine On Leith and was Rhapsody‘s uncredited saviour with the ouster of Bryan Singer, so brings plenty of genre experience to bear. He draws a decent performance from Egerton, who while not sounding much like John, does sing well. Bell is also typically strong as Taupin, and Richard Madden is convincingly sleazy as John’s manager and lover, John Reid, a character who was played by another Game of Thrones veteran, Aiden Gillan, in Bohemian Rhapsody. 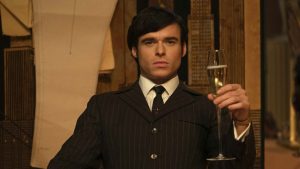 Howard is an odd choice for John’s mother—her accent is on point, but she’s short on nuance.

The film travels at a good clip, a regular explosion of music, dance, outrageous costumes, spectacles, and spectacle, but it never quite frees itself from the Behind The Music cliches of the rock bio—the rise, the fall, and the rise again. The music’s good, but you’ll want to look elsewhere if you’re hoping for something deeper and less myth-making.