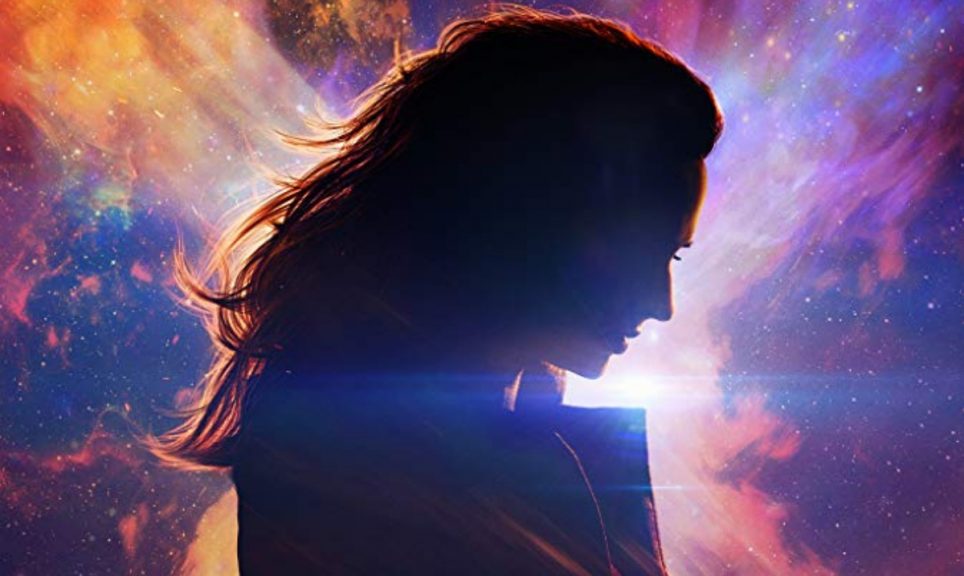 Written and directed by Simon Kinberg, based on comics by Chris Claremont, John Byrne, and Dave Cockrum | 113 min | Crave Plus 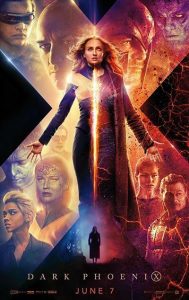 “They went back to the well one time too often.” That’s what a lot of the wags were saying about the last movie, X-Men: Apocalypse, the unloved follow-up to the otherwise excellent X-Men: Days Of Future Past. But this was going to be different, a second chance to tell right the legendary Dark Phoenix Saga, the much revered X-Men comic book story arc from the late-’70s/early-’80s that they messed up when Brett Ratner took a crack at it back in 2006 with X-Men: The Last Stand, I watched that film again this week and found parts of it were actually better than I remembered. Weirdly, writer-director Kinberg is also credited as a writer on Last Stand, and has produced and/or scripted a number of the pictures in this franchise.

Comparatively, Dark Phoenix is no improvement. If anything, it feels more slapdash, less considered, and more a machine-tooled formula tentpole product than anything that channels the spirit of the source material.

X-Men First Class relaunched the franchise in the 1960s, with the subsequent films set in the ’70s and ’80s, and we’ve shot forward again to what we presume is the early ’90s—though the production design really drops the ball in giving the period any flavour—and things are as good in the mutant world as they get: Professor Charles Xavier (James McAvoy) has a hotline to the president and gets accolades for his work bringing mutants and humans together, but maybe he’s gotten complacent and a little arrogant in his position. Raven aka Mystique (Jennifer Lawrence, who looks pretty bored this time out, her make-up a lot less impressive, too) is the ostensible field commander, but isn’t sure of her role with the team anymore. 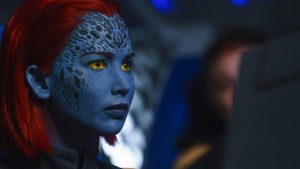 We don’t waste much time on Earth before the X-Men are heading into space to save a shuttle mission gone awry, and there Jean Grey (Sophie Turner) encounters a rogue solar flare—actually a cosmic power attracted to her psychic abilities—and she’s transformed into a cosmic rage monster called Phoenix.

Meanwhile, an alien race arrives on earth, and one of them possesses the body of a human woman (Jessica Chastain), completely bleaching her eyelashes in the process. These aliens have extraordinary powers, and are very hard to kill. They’re chasing the Phoenix force, but what they need it for is a little unclear since it’s destroyed everything it’s come into contact with, Jean Grey aside. The unnamed aliens seem to have all the power they need to dominate the population of the planet, which seems to be their intent. 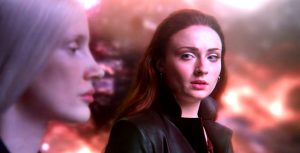 Prior to the release of Dark Phoenix, there were plenty of rumours floating around that the alien Chastain plays is Lilandra of the Shi’ar, a character from the comics—the bird-like leader of a monarchy leading a tribunal on Grey, to judge her crimes while she’s in possession of the Phoenix force. Unfortunately, that’s not who Chastain is playing, as this alien species has neither the feathers nor the personality. As antagonists, they’re weirdly unformed and underwritten, and even Chastain can’t make her clunky dialogue work.

For a blockbuster budgeted at a reported $200 million, it’s also weirdly shoddy looking. The effects and scale aren’t especially impressive, as if the expansion into a more interstellar frame of reference clashes with the gritty, earthbound aesthetic the X-Men has clung onto since the franchise began. They managed to successfully incorporate time travel back in Days of Future Past, so why didn’t this work?

The past X-Men movies have also worked pushing the allegory of minority rights, but there’s not much of that to be found here. If anything, it’s a character study that doesn’t offer enough character: Jean Grey discovers she needs to embrace the people she cares about, her power, and her emotional strength, a few months after Captain Marvel did it better.

It’s not all bad: any film starring Chastain, McAvoy, and Michael Fassbender—his Magneto is back, but doesn’t have a lot to do—has things to recommend it. For the first time, Scott Summers (Tye Sheridan) provides some genuine leadership. The action sequences are as good as any in the franchise, and the bulk of the dramatic tension is carried by the women, for once, which is welcome, and Hans Zimmer provides a suitably operatic score. 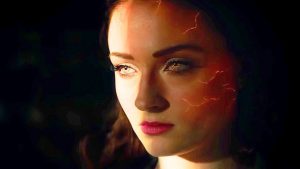 I just wished I cared more, about any of it. As a comic-book reader, the realization that the filmmakers have once again bungled such potent material in such a forgettable movie is just depressing, and as a fan of superheroes in the movies, this capper on a franchise that has had more ups than downs, it’s deeply disappointing.

We can but hope that the honchos over at Marvel Studios, who’re now in charge of these characters, will let the X-Men lie dormant for awhile, shake off the bad vibes, and come up with something fresh somewhere down the road.