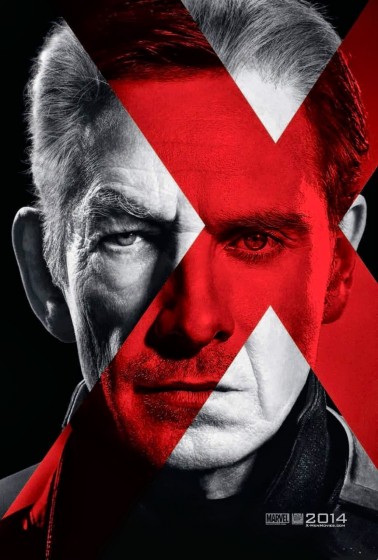 Directed by Bryan Singer, written by Simon Kinburg from a story by Kinburg, Jane Goldman and Matthew Vaughn

I never really understood why 20th Century Fox chose to prematurely conclude the X-Men franchise.  Fox officially called it quits as a trilogy, with Brent Ratner’s limp X-Men: The Last Stand back in 2006. Yes, Singer’s beneath-the-skin understanding of Marvel mutant superheroes was deeply missed—Singer’s first two X-Men movies were the solid X-Men (2000) and excellent X2: X-Men United (2003)—but it felt like there was so much more to do with these characters. Years later and misfits with exotic superpowers have yet to go out of style.

The studio didn’t really quit, though. They gave the franchise’s most popular character, Wolverine (Hugh Jackman), his own feature— the underwhelming X-Men Origins: Wolverine (2009)—and last year’s eponymous follow-up, which sent him to Japan. The movie started well but collapsed in the last act.

In between there was the stellar X-Men: First Class (2011), a prequel set in the swinging 60s. Key protagonists Professor Charles Xavier and Eric Lehnsherr (Patrick Stewart and Ian McKellan in the first three movies, James McAvoy and Michael Fassbender in First Class) found the team of gifted mutants “trying to save a world that wants to destroy them.” The picture reenergized the franchise, at least partly due to casting Jennifer Lawrence—then on the cusp of superstardom—as the teen shapeshifter Mystique (also played by Rebecca Romijn).

Which finally brings us to now: a time travel epic uniting the First Class cast with the original group, all connected by the ageless Canadian tough-guy, Wolverine. And despite Fox’s frequent stumbles with the franchise and a flagrant disregard for internal continuity, by returning with the original director and a dynamic, if over-plotted, script, they’ve done what I consider to be the near-impossible: created perhaps the best X-Men movie yet, 14 years after the first one.  X-Men: Days of Future Past is a whole lot of fun.

We open on a desolate, over-familiar post-apocalyptic future. In this case, imagine The Terminator‘s 21st Century Los Angeles with added mountain ranges and Central Park concentration camps. Mutants are on the run, hunted by hyper-advanced robots called Sentinels that able to adapt and reproduce the mutants’ powers. Professor X and Magneto are still around, as are Kitty Pryde (Ellen Page), Storm (Halle Berry, an Oscar winner who once again in these movies gets almost nothing to do) and a rag-tag crew of younger mutant survivors.

This is far and away the weakest portion of the film: Though they seem to share a lot of the “liquid metal” functions, CGI Sentinels are both less frightening and less convincing than the T-1000 from Terminator 2: Judgment Day—and that sucker was onscreen 23 years ago. Also, Kitty Pryde’s ability to phase through solid objects somehow allowing her to send her teammates’ consciousness back through time makes next to no sense. How did she figure out she could do that?

But before we’re given too much time to think about it, it’s exactly what happens: Pryde sends Wolverine’s awareness back into his own body in 1973, thereby possessing himself.  His mission is to bring the young Xavier and Lehnsherr together to stop Mystique from killing Bolivar Trask (Peter Dinklage), the guy who invents the Sentinels. The theory is that Trask’s death triggers government funding for his research and the eventual end of civilization as we know it. The surviving future X-Men figure if Mystique doesn’t kill Trask, their world could be very different.

So, yeah, the Terminator parallels come on thick and juicy, along with a spritz of every Star Trek time-travel story told. Singer and his screenwriters are self-aware enough to know this, adding a chucklesome Captain Kirk nod mid-movie.

Once we’re hanging with Wolverine in the bell-bottomed era, the movie really finds its footing, recovering from its inauspicious start. The man out of time does connect with the younger Xavier, who’s been self-medicating and trying to ignore his mutant heritage. Together they locate the incarcerated Magneto and track down Mystique, who’s closing in on Trask, attending peace talks in Paris.

Events of the era, such as the concluding days of the Vietnam war, play a key role in the movie. Just as they did in X-Men: First Class, the period-piece elements allow for added entertainment pleasure: in the wardrobe, the props, and the cars. They could have taken it even further: I’d have enjoyed seeing Wolverine lighting up his cigar in every interior public space, just because he could.

The alternate history allows for the allegory of mutant rights to overlay the civil and human rights struggles of the era. But what I liked the most is how  the film is resolute about the echoes of our actions through time, how our behaviour has consequences and how we have the power to choose the future we want. Of course it does this with some hoary and silly dialogue, but in a superhero movie that’s also about time travel, complaining about exposition is like blaming the sky for being blue.

Singer has a gift of balancing enormous crowd scenes and action set-pieces (flying stadiums, anyone?) with intimate, emotional moments between characters. That along with consistently mind-bending existential questions: You never forget what’s at stake, which is saying something when you’re playing with toys at this scale.

The toys, and joys, are many. For example. a new character named Quicksilver (Evan Peters) gets roped into helping the ’73 mutants. His power is superspeed, and in a truly spectacular sequence—both visually and aurally—we get to see why someone like him would feel as though he lives in a world of statues. Perhaps this is how Usain Bolt sees reality. (Interestingly, Quicksilver is a character from the comics who will also appear in the next Avengers film, the only superhero shared between studios, albeit played by different actors.)

It certainly doesn’t hurt the picture that  by combining casts, X-Men: Days of Future Past boasts an Ocean’s 11-level of star-wattage on screen, having earned multiple Oscar nods and awards. The talent commit, lifting and extending every moment past where it must have lived on the page. One of my favourite scenes in the movie is just a conversation: Jennifer Lawrence and Michael Fassbender talking face-to-face in a phone booth. Neither of them requires CGI.

McAvoy is especially good. His Xavier was a playboy academic (!) in X-Men: First Class but here he’s lost and beaten down. I found his arc especially compelling as he locates the conviction to be an educator and a leader.

I wished McKellan had more drama with his off-screen pal, Patrick Stewart, though there is a moment when, with Sentinels climbing the walls of a mountain mutant sanctuary, Magneto exhibits a genuine bit of Gandalfian resolve. You can almost imagine him bellowing: “You shall not pass” at the flaming Balrog-like robots.

Where the film struggles is where this franchise has been unable to match the universal consistency of the Marvel Studios films. While the plot point of how young Xavier walks again after having lost the use of his legs in X-Men: First Class is worked in,  they don’t bother trying to explain how the elder Xavier is still in his body, given it was destroyed in X-Men: The Last Stand, or how Wolverine got his adamantium claws back—they were cut off in The Wolverine.

But maybe those sorts of details bother only me—there is that Emerson quote about “foolish consistency.” And these continuity issues certainly didn’t ruin the movie. On the contrary, I found myself moved by how the story was resolved, somewhat undoing the narrative mistakes of the Ratner film. The convolutions never kept me from being engaged throughout.

And as a storytelling trope, I’ve always enjoyed a clever time-travel parable. That’s the one place I have to credit JJ Abrams with genuine cleverness in his Star Trek reboot, which I’ve otherwise disliked: If you go back in time, you can change everything. Singer and his collaborators understand that, clearly.