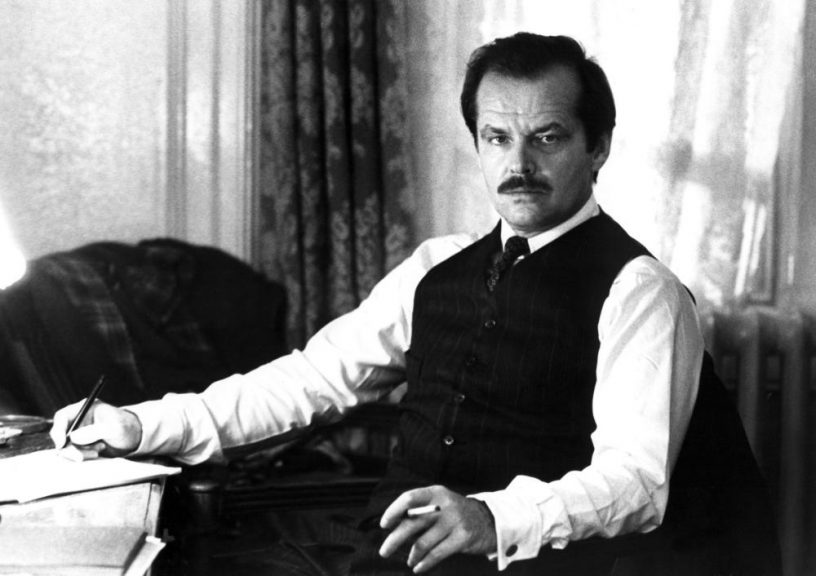 The King of Hollywood. That’s what the papers call him.

His 82nd birthday yesterday prompted this recollection and celebration of the New Jersey-born actor’s stellar career. Though living in semi-retirement since How Do You Know in 2010, his rep as a 12-time Oscar nominee and three-time winner still stands. I’ve been a fan of his work since I was a kid, in movies like Carnal Knowledge, One Flew Over The Cuckoo’s Nest, The Shining, Terms Of Endearment, Batman, and A Few Good Men.

There were rumours he’d take the role of the father in an English-language remake of Toni Erdmann, but he dropped out of the Kristen Wiig picture, which is still in development, last year. Here’s hoping something else grabs his interest in the near future that brings him back on our screens. 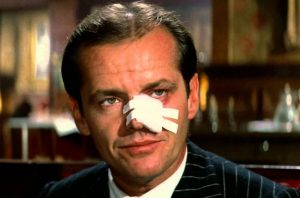 My suggestions for 10 of his movies will include a few of his better known roles, and hopefully a few you might not have seen.

Nicholson is Bobby Eroica Dupea, an oil industry worker who was brought up to be a concert pianist in Bob Rafelson’s drama, written by Carole Eastman. This is one of those rare American movies that takes a look at class, but it also captured a unique restlessness in American society at the time. The film gave Nicholson the opportunity to launch his leading man career in mainstream films, following a lot of low-budget exploitation pictures, one of which also caught the zeitgeist, Easy Rider, where he played a supporting role. Three things marked him—his uncommon everyman sensitivity, his rage, and that million dollar smile.

This rare gem deserves to be sought out. Nicholson is David Staebler, a late night radio host who gets drawn into his brother’s wild real estate scheme in Atlantic City. This quirky drama is also from Bob Rafelson, and following Five East Pieces and The Last Detail, where Nicholson did a lot of yelling, this proved he didn’t always have to play the extrovert. He’s just as good in these simmering roles, as he showed again and again in movies like The Border and About Schmidt.  Also terrific here is Bruce Dern as his brother, and the exquisite Ellen Burstyn.

Polanski’s films are a hard sell these days, for obvious reasons, but Chinatown remains a stone cold classic. Try to imagine this chilling noir, written by Robert Towne, with anyone but Nicholson as the lead. He’s just the right kind of sleazy, and he buries his ego and covers his face with a bandage for half the movie—see this blog’s logo. The film is deeply cynical about municipal corruption and people’s hunger for power, and sadly remains relevant. Also worth considering watching is the sequel, The Two Jakes, that arrived in 1990. It’s not a spot on the original, but it’s also nowhere near as bad as you might have heard.

Nicholson directed this charming comedy western, about a woman who rescues a horse thief from the gallows in order to have help around the ranch. Nicholson plays it pretty broadly as Henry Moon, and gives Mary Steenburgen a star-making role.

In the 1980s, Nicholson was confident enough in his career to take the odd supporting role when it suited him, and he really shone when he didn’t have to carry the movie. Here he’s understated again as the iconic playwright Eugene O’Neill in his buddy Warren Beatty’s epic romance about the American journalist, John Reed, who helped document the Russian Revolution. O’Neill is the third point of a love triangle between Reed and activist and feminist Louise Bryant, played by Diane Keaton at the peak of her powers. It’s an amazing picture, for anyone who’s forgotten what a gifted and gutsy filmmaker Beatty can be.

The film that gave Angelica Huston her Oscar, directed by her father, John. Nicholson, who made a career playing guys who were savvier than the next guy, plays a likeable dunce of a hitman, Charlie Partanna. Nicholson stuffed his lip with cotton wool, like Brando did in The Godfather. The echoes of that classic are all over this, but played for dark laughs, and Kathleen Turner is terrific as the other assassin who Charlie falls in love with.

This might be Nicholson’s smallest part since he became a star, a role he took apparently as a favour to his buddy, filmmaker James L. Brooks. He’s not even credited in the movie, but he makes an impact with his few scenes. He’s Bill Rorish, the lead news anchor on an American network in this still-relevant look at how the news media tries (and sometimes fails) to hang onto its integrity, also starring Holly Hunter, Albert Brooks, and William Hurt. Nicholson’s got so much star power you can’t take your eyes off him.

From filmmaker Hector Babenco, adapting the William Kennedy novel, this is a solemn drama about a former baseball player down on his luck in the American depression who comes back to his hometown, Albany, New York, to make peace with his family. It’s a hard watch, but enormously rewarding, with great work from Nicholson and the rest of the cast, including Meryl Streep, and a lovely turn from Tom Waits.

’87 was a great year for Nicholson, as he also found time to star in this box office hit, with George Miller of Mad Max fame directing, from a John Updike novel. It’s the story of how a possible demonic force—Nicholson turned to 11—is conjured into a wealthy, picturesque village in Rhode Island by three local women played by Susan Sarandon, Michelle Pfeiffer, and Cher. The cast all look like they’re having so much fun—including Veronica Cartwright and Richard Jenkins—that the picture almost survives a late turn into some pretty gloopy special effects. It’s certainly better early on when it feels just a little more allegorical.

One of the things I’ve read about Nicholson is he’s very loyal to his friends, which is something you don’t necessarily expect in Tinseltown. In the early ’90s he starred in the abysmal Man Trouble for his old buddy, Bob Rafelson, and then went to bat again for him in Blood And Wine, which not a lot of people saw. It’s too bad, because the film is a solid crime drama about a Miami jewel robbery that goes wrong. It also stars Michael Caine, Stephen Dorff, Judy Davis, and in an early role, the stellar Jennifer Lopez. Worth seeking out if it ever turns up on a streaming service.