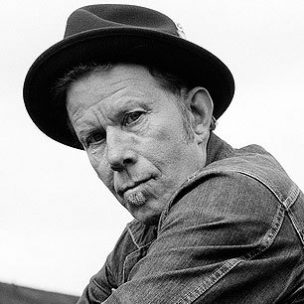 “And there’s a difference between ‘I do some acting’ and ‘I’m an actor.'” is what Tom Waits told Pitchfork back in 2006. “People don’t really trust people to do two things well.”

Waits doesn’t think of himself an actor, which is fine. Most of the roles he’s been cast in he plays some variation of the characters he sings about and projects when he performs, the heart-broken, hard-luck poet or the bewhiskered barfly. It’s amazing how many of his roles have him basically just propping up a bar—see Wolfen, Rumble Fish and Queens Logic, where he plays a guy named Monte who drives nothing but Monte Carlos. With those hands and that voice, it makes sense that he’d be typecast. But every once in awhile he really shines, whether he’s willing to admit it or not.

Down by Law (1986)
“Zack”
Jim Jarmusch’s gorgeous black and white art house comedy brings Waits’ Zack and John Lurie’s Jack, two stylish New Orleans dudes, together in a jail cell with Roberto Benigni’s outrageous optimist. Waits and Lurie also provide the music to this episodic, poetic ramble. As much fun as it is, part of me wishes we’d stayed in New Orleans and explored further Jack and Zack’s lives, spending more time with ladies like the one played by Ellen Barkin. Down By Law makes a great double-bill with Two-Lane Blacktop, a movie featuring another laconic pair of musicians, James Taylor and Dennis Wilson.

Ironweed (1987)
“Rudy”
Waits is perfectly cast as Jack Nicholson’s buddy in this Great Depression-era tale, one of those feel-bad dramas no one needs to see more than once. But anyone who does take it in will be treated to an acting clinic extraordinaire from Nicholson and Meryl Streep. It’s to Waits’ credit that he more than keeps up with them, showing for the first time a genuine naturalism.

Cold Feet (1989)
“Kenny”
Blonde and sporting some particularly impressive footwear, Waits goes OTT with Kenny, the psychopath in a trio of crooks—Keith Carradine and Sally Kirkland play the other two—in Robert Dornhelm’s film of a Thomas McGuane story. Part caper and part modern western, it’s all chaos and crazies, but Waits distinguishes himself by being crazier and more chaotic than everyone else. 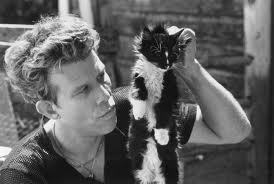 Bram Stoker’s Dracula (1992)
“Renfield”
Here Waits gets to wear horrible specs, go insane and eat bugs. Not the first time he’s worked with Francis Ford Coppola, he’s almost unrecognizable here and an ideal choice to be part of the filmmaker’s operatic vision of the famous bloodsucker.

Short Cuts (1993)
“Earl”
Though Robert Altman’s sprawling and episodic Los Angeles drama collects a number of Raymond Carver stories and features a series of great performances, Lily Tomlin and Waits kick ass as couple who fight and love as hard as they can. I would have watched a movie just about them: They’re like a trailer park Nick and Nora Charles.

Mystery Men (1999)
“Doc Heller”
Special in that it fits into one of the rarest genres, the indie superhero movie, Mystery Men still winds up being a better idea than it is an actual movie. But it is worth seeing for the game ensemble cast, especially Janeane Garofalo, and Waits, who plays the mad scientist.

Domino (2005)
“Wanderer”
This isn’t really a role. This is Tom playing himself, just as he did in Jarmusch’s Coffee and Cigarettes, but it gives Tony Scott’s hyper-stylized bounty hunter biopic a moment of meta fun. He shows up during a desert acid trip to the sounds of his own song, “Jesus Gonna Be Here,” imparts some arcane wisdom, then departs.

The Imaginarium of Doctor Parnassus (2009)
“Mr. Nick”
Watching this I was reminded of Waits’ 1988 concert movie Big Time—which Criterion really needs to get the rights to and release on DVD and Blu-Ray, by the way. In the concert movie he plays a collection of characters, some with a bit of a demonic bent. In Terry Gilliam’s surreal adventure, he finally gets to inhabit the devil, matching wits with Christopher Plummer’s illusionist of the title. The film was skewered by critics, but Gilliam’s singular vision, combined with the fact that in its grand scope can be found Heath Ledger’s final performance, makes it a ride worth taking. Did I mention that Waits plays THE DEVIL? 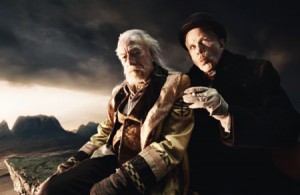