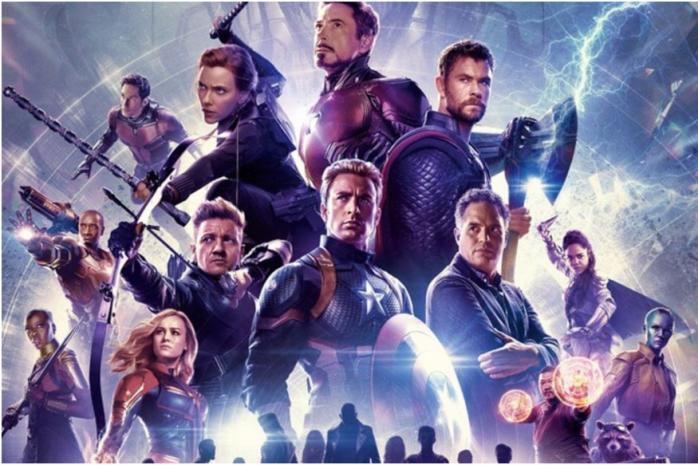 If you haven’t seen Avengers: Endgame yet, don’t worry, I won’t spoil it for you in the main body of this review. I’ve saved a few spoilers for the bottom, but you’ll have to scroll down after the non-spoiler section in order to see those. Fair warning, true believers.

Lemme start by saying that Avengers: Endgame feels like the Gone With The Wind of superhero movies. Maybe the Titanic of superhero movies, if you want a slightly more modern epic for purposes of comparison. I’m talking for sheer scale and number of characters, it makes its direct predecessor, the very large Avengers: Infinity War, look like an indie picture by comparison. It’s also not the film to start your Marvel experience if you haven’t seen any of the previous movies. 21 others might seem like a lot to catch up to, but it’s worth your while to get to this one. 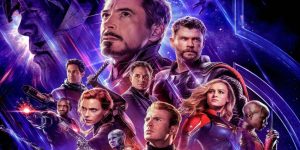 The movie is the satisfying conclusion to the Marvel mythos we’ve been following along with these past 11 years. It isn’t a perfect blockbuster by any stretch, and some characters are either underserved by the size of this beast—which wasn’t a problem last time—or are sadly not given the time and consideration they’re due. So, while continuing to be impressed by what works—and the overall emotional heft—I wouldn’t say this enormous, somewhat messy film is the best of the Marvel movies, but it accomplishes what it sets out to do, and that’s a hell of a thing.

It wraps up a number of the ongoing story and character arcs and shows us something we haven’t yet seen, while paying tribute to many of the places we’ve been so far. Much of that works well, and the film’s extended running time allows for a breadth and mix of tone, basically the greatest hits of Marvel movies to date: There are epic battles, with creative scenes of combat, but there are also plenty of quiet, character moments, lots of laugh-out-loud scenes of the sort we enjoyed in Thor Ragnarok. 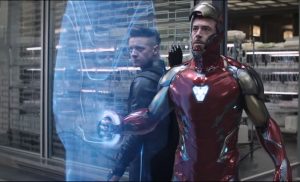 The opening night audience I saw it with applauded more than once, and those moments deserved the approbation. Characters in the film I was especially surprised by, for one reason or another, were Nebula (Karen Gillan), Valkyrie (Tessa Thompson), and Thor (Chris Hemsworth), and Josh Brolin once again allows Thanos, the interstellar villain, a depth that makes his arc almost a tragic one. Almost. 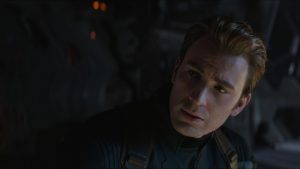 Some characters earn fitting send-offs and get the narrative attention they deserve, while others, disappointingly, really do not. But, if there are clumsy sequences and sections that left me with lingering plot questions the film doesn’t answer, it’s not enough to capsize the overall confidence and thrust in the storytelling. The Avengers are in a tough spot at the end of the last film, and they wallow in that for awhile here before a possible, far-fetched solution presents itself, which leads places few will predict. 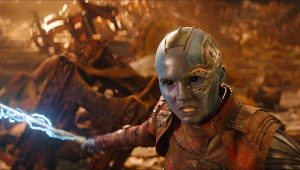 Part of me is a little annoyed by the marketing spin that arrives with the film, that this is a genuine end to these movies. It may be the end of the beginning of the Marvel Cinematic Universe, but it’s nowhere near the beginning of the end. Many more films are coming (including Spider-Man: Far From Home in July) and they’ll feature many familiar characters. As I mentioned in my preview post, we’ll certainly be seeing many of the Avengers and their associates again.

Thus endeth the spoiler-free section of the review. Please scroll down for more spoilerific thoughts.

Maybe I’ve just been watching too many of these movies, but I just want to take a moment to say I called it, way back in March:

.@ChrisHewitt @HelenLOHara @empiremagazine So enjoyed your random prognostications re #AvengersEndgame. Here’s my thing: The time-travel will allow Steve to go back to the 1940s and live and love a normal life with Peggy, with Sam becoming the new Cap in the present day. 1/2

The way Steve Rogers and Tony Stark’s stories wrapped up made a lot of emotional sense to me, and as we’re all so tuned in to actors’ deals and contracts with the studio, what happens shouldn’t be a surprise to anyone.

What was a surprise to me is how some characters get a short shrift. Given how well they were able to handle the sprawling cast in Avengers: Infinity War, they leave a few players off the table for a lot of the running time here. Aside from being a handy, powerful ally in the fight, what exactly was Captain Marvel even doing there? Brie Larson is wasted in the film, and that’s a huge shame.

At the same time, I was surprised that Nebula plays such a large role in the picture for a character who up until now has seemed largely peripheral. I was also disappointed at the non-return of The Vision.

And that girl-power moment during the final battle, that was more than a little clunky. 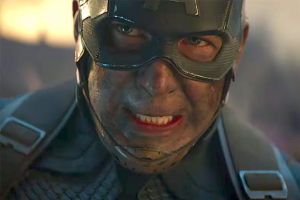 The other part of the picture that really bothered me was the disposition of Black Widow. Here’s a character who has deserved her own film for awhile, and though one is now in the works, I would assume it’ll be a prequel, given her demise in this picture. She’s long been someone underserved by this franchise, and her death, sacrificing herself for Clint—a character who, let’s face it, no one particularly cares for—was a major error by the producers.

The whole Soul-Stone-on-Vormir shenanigans back in Infinity War provided a defining moment for both Thanos and Gamora, but having Clint and Natasha fighting with each other for who would sacrifice themselves bordered, and then crossed over into, the ridiculous. And the suggestion that her only family were these heroes, and accordingly he had more to live for, is simply appalling. On occasion the underlying politics of the Marvel movies does the franchise no favours.

I did enjoy many other moments in the film, and here’s a cross-section:

This is a side issue, but the handling of time travel in the picture spawns multiple parallel timelines, a fact that’s just left hanging. Most prominently: the death of Thanos and Nebula in the present day creates a paradox in 2014, the escape of Loki with the Tesseract creates a paradox 2012. But maybe that’s fine, and maybe they’re planning on dealing with them in future movies. Or maybe they just don’t care.