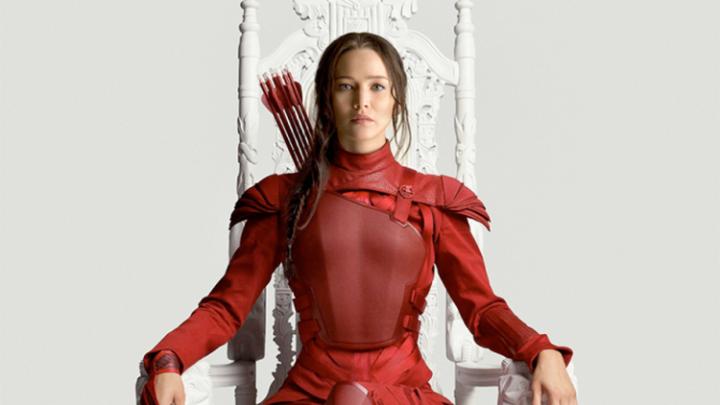 I’ve never much been a fan of how the powers that be split final franchise adaptations into two. I think it started with Harry Potter, which sort of worked since the last book was so hefty, but Suzanne Collins’ final Hunger Games novel is slight. That made the last Hunger Games movie (part 1 of 2) feel a little light compared to the two previous.

But I am amongst the cult of Jennifer Lawrence, who has carried this entire thing on her shoulders. She blows her young, milquetoast male costars off the screen—it’ll be interesting to see whether Josh Hutcherson or Liam Hemsworth have careers in three years. Thankfully, in support Woody Harrelson, Philip Seymour Hoffman, Jena Malone, and Elizabeth Banks all step up their game (NPI) to meet her. I’m looking forward to how they conclude this series in The Hunger Games: Mockingjay Part 2.

The Night Before is a Seth Rogen Christmas comedy, where he and his buddies (Joseph Gordon Levitt, Anthony Mackie) party their butts off in New York City one Christmas Eve.

I enjoyed the original, Oscar-winning Argentine film, and I’m not surprised the procedural potboiler Secret In Their Eyes has found its way to an American remake. I hope it manages to duplicate the original’s handling of mystery, humour, and pathos. 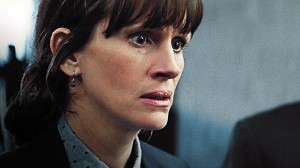 Given that it stars three performers who tend to choose their projects well—Julia Roberts, Nicole Kidman, and Chiwetel Ejiofor—my hopes are high.

The film I’m most excited to see this week is only opening in one theatre in Bayers Lake, which seems an injustice given what I’ve been reading about it. Spotlight is a journalistic thriller about the Boston reporters (starring Michael Keaton, Mark Ruffalo, and Rachel McAdams) who uncovered the history of child abuse in the local branch of the Catholic Church.

The reviews have been very strong for this one—97% on Rotten Tomatoes. See it now before the Oscar nods.

Also playing amongst Cineplex’s brief run screening series are the soccer documentary Ronaldo, the newest iteration of the Japanese anime Ghost In The Shell, and Fight Club, of all things. Check the links to the cinema listings in the column to the right.