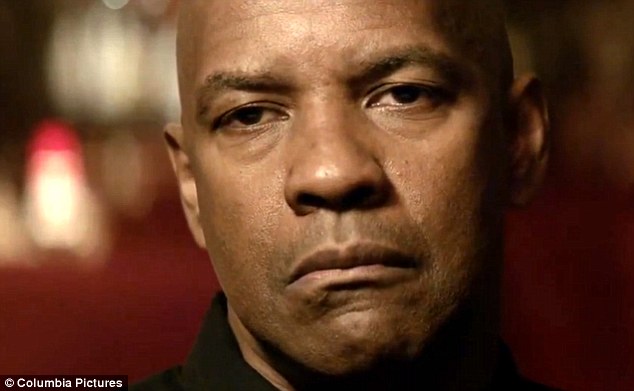 Cinemagoers, we’re in a bit of a weird time in late September 2014. The popcorn movies of the summer are beginning to wane, but the awards bait that usually would be out now is taking its time to arrive in cinemas this year.

Boyhood is still around, and that’s bound to get some attention when Hollywood decides to congratulate itself for the year’s good work, but the thrillers and comedies keep on coming. (Not that I’m complaining, necessarily.)

Denzel Washington is back, and wouldn’t you know it, he’s a badass. Despite the guy being almost 60, he’s looking to crush Liam Neeson and take the bulletproof crown as the hardest working grey-haired action star on the silver screen (stars of The Expendables movies notwithstanding).

Which is totally fine, but wouldn’t it be great of both of these talented actors diversified? (Yes, I suppose Neeson was a voice of a tiny plastic figure in The Lego Movie, and yes, he played a grumpy bad guy in the comedy A Million Ways To Die In The West, but his characters shot others with guns in both films!)

But I digress: Denzel is in The Equalizer, the big screen version of the 1980s TV series that starred Edward Woodward as a well-funded, Jaguar-driving, middle-aged vigilante. It’s a decent property to bring back, provided they also include the awesome Stewart Copeland theme. I hope they remembered it.

Also new in cinemas is The Boxtrolls, a colourful animated movie for the kids, and at The Oxford in Halifax is a new Simon Pegg comedy (that looks suspiciously like The Secret Life of Walter Mitty) called Hector and the Search for Happiness. It also stars the talented Rosamund Pike, who will be Amy next week in David Fincher’s Gone Girl. That movie may be the real first big movie of the fall. I’m devouring the book right now.

A few pictures still in cinemas: The Trip To Italy, which I very much enjoyed, as well as This Is Where I Leave You, continuing Tina Fey and Jason Bateman’s recent struggles to land a big screen hit. Also still here is A Walk Among The Tombstones, the afore-mentioned Liam Neeson’s newest actioner, the moody crime drama The Drop, and another post-apocalyptic YA adaptation hoping for a franchise, The Maze Runner.