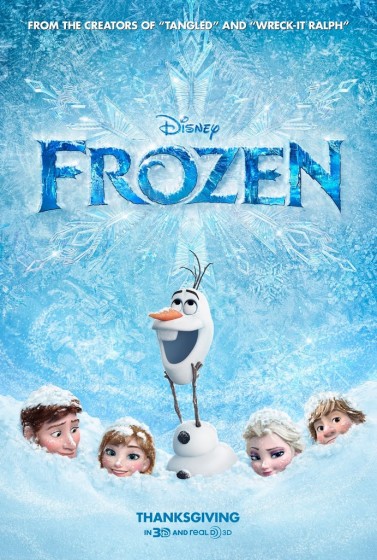 I don’t know that I’ve ever written about two movies on this blog at the same time, but I walked out of the cinema with similarly ambivalent feelings for both of them, and they’re both well-reviewed animated entertainments aimed at children—though the audience I was in for The Lego Movie was largely college-aged. Anyway, I thought I’d give it a try, and maybe arrive at some kind of mutual truth about where I admired them and where I found they didn’t work for me.

Before I launch into this, I am well aware that I’m not the audience for these movies. But I feel like with the triumph of Pixar—Wall-E, The Incredibles, Ratatouille, Up, the Toy Story movies—and other fun animations that have followed—Despicable Me, Shrek, Happy Feet—the bar for these kinds of movies has been raised pretty damn high. As a childless adult, I should be able to take in Hollywood feature-length animation and find things that delight me almost as much as they do the kids. That’s where I’m coming from. In the examples above, I definitely did.

Frozen is a huge hit for Disney—the reasons for which have been sharply assessed in this piece. People are comparing it flatteringly to the Golden Age of Disney animation. I didn’t find it anywhere near as compelling.

Yes, it looks lovely—the seamless marrying of traditional-looking animation with CGI wizardry is impressive—but the flaws are there in the storytelling. The opening 20 minutes or so, showing the childhood of two sisters, Elsa (voiced by Idina Menzel) and Anna (Kristen Bell), growing up in a huge castle with little apparent parental guidance, are incoherent. Did Elsa really spend the better part of a decade in one room? Why didn’t anyone tell Anna what really happened when her sister’s power hurt her? I immediately had a lot of questions, and those questions multiplied as we went along.

Some will say in response, well, it’s a fairy tale; lighten up, buddy! I get that, but I also expect a certain amount of internal logic. The main plot point—Elsa’s powers distance her from those who love her—feels forced, because it’s really about an easily solved breakdown in communication that makes both sisters seem a little simple. It also makes the parents, who are barely in it, seem cruel. Was that the point? Hard to say. Anna and her various love interests/hangers on (prince Hans and woodsman Kristoff, aggressively cute snowman Olaf, excellent reindeer Sven, various trolls) fill the bulk of the time with activity and action, but a lot of that feels like mechanical plot filler, delaying the inevitable. If the key relationship is between the sisters, it’s a shame they spend so much time apart.

I did like the ending, how—and excuse the spoiler here—the sisters’ connection, rather than some square-jawed prince swooping in, is what saves the day. That felt very much like the right thing, and is what gives the movie its heart. But it comes late, long after we’ve sat through sickly sweet ballads like “Love Is An Open Door” or “For The First Time In Forever.” Even when the lyrics are updated (“I don’t know if I’m elated or gassy”) for a modern audience, the songs are awful.

The Lego Movie impressed me more with the meta-cleverness of its script. But it also let me down further by its hyper-caffinated construction—no pun intended. It’s a case where the confusing visuals and over-stimulated editing diminished what was good about the movie.

The story here is that hyper-average Lego figure guy, Emmet Brickowski (voiced by Chris Pratt), is swept up by a very Matrix-esque prophesy that he is the Master Builder, someone who with his creative powers will save the multi-verse from the evil plans of Lord Business (Will Ferrell), with the help of a wizard (Morgan Freeman), a super agent (Elizabeth Banks), Batman (Will Arnet), and a few other characters licensed by the Danish building-block toy.

There’s a reveal in the third act that makes credible all the silliness that goes before. It’s a brilliant moment so well conceived it’s amazing no one has thought of it before when putting together a movie based on a children’s toy. And the script is jam-packed full of delightful pop-culture references, many of which are fresh enough—a real challenge in this cynical age—to be both surprising and laugh-out-loud funny. The music is pretty great, too. I may never get “Everything Is Awesome” out of my head, ever, and “Where’s My Pants” deserves to be a CBS sitcom.

And I liked the overall moral of the story: we all have it in us to resist conformity and allow our imagination to take the lead. Fair enough, but it did make me wonder how many generic, non-licenced kits does Lego sell these days? And how many of them get assembled without the instructions? Feels a little hypocritical. (Not to mention that Lego is a company recently taken to task by a little girl for its gender stereotyping.)

The real problem with The Lego Movie is it’s so frenetic it requires the audience take speed in order to fully appreciate all that’s on offer. At one point towards the end of the first act, when we discover the city Emmet lives in is a self-contained bubble-burg and breaks through to The Old West and Cloud Cuckoo Land, I thought my eyes were bleeding. That’s at least partly due to the goggles—The Lego Movie has the worst use of 3D since Conan The Barbarian. I found it poorly lit and irritatingly unclear during all the action sequences, probably 70% of the movie.

And was I the only one disappointed that the movie was computer-animated? How amazing would those sets have been if they were actually assembled and done in stop-motion? Feels like a real missed opportunity. I’ve loved Lego since I was a kid, and I think a sense of wonder that The Lego Movie is missing would have been implicit if they’d decided to make it live action.

But maybe I’m digressing a little, criticizing a movie for what I wish it were, rather than for what it is. Maybe there’s more to see in The Lego Movie, given the startlingly positive notices I’ve been reading. I’ve read that a second viewing is essential to catch all the speed-of-light references and background jokes. I will admit it’s much better, much more ambitious, than it needed to be.

But I also think, at the day’s end, it may be the best, cleverest, most ironic toy commercial ever, but it’s still a toy commercial.