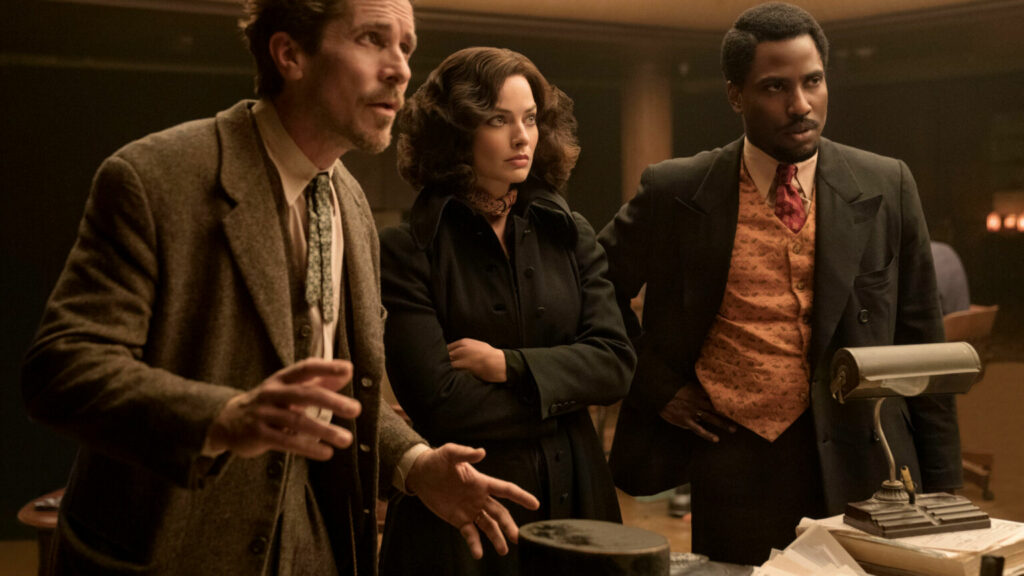 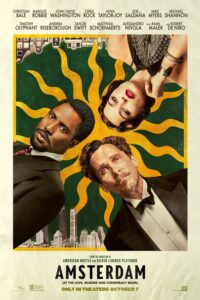 This is the return of the deeply problematic, reportedly toxic filmmaker David O Russell to the Prestige Alley — that time between October and the end of the year when most of Hollywood’s Oscar-bait features arrive in cinemas and jostle for garlands and box office receipts.

Given the largely chilly response to Amsterdam by the criteratti, it’s unlikely to get much love come the awards season, but with this starry cast — probably the deepest bench of talent this year next to The French Dispatch — it has things to recommend it. Whether you can overlook the director’s behaviour, well, as someone who lived and worked through my own experiences of on-set toxicity, I could understand either way. 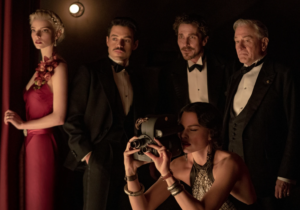 Russell’s movies have often felt to me like they’re just about to fly off the rails, but are almost always rooted in the stories of terrific, moving characters — often an ensemble surrounding two or three central protagonists — that stay with you after the movie’s over. The best of his work — Flirting With Disaster, The Fighter, Silver Linings Playbook — also find a way to mix humanism, pathos, and genuine humour, the kind of laughs that sometime come between gritted teeth, out of the worst of circumstances.

Amsterdam does its best to hit those Russell high points, but while there’s a lot of charm in this cast chewing up its wordy script, the movie refuses to come together in a satisfying way — the mechanics of its very convoluted plot take so much explaining it never engages the emotions the way it should. 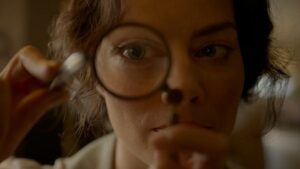 My question then is, should I do you the favour of trying to explain the plot, or is that one of the pleasures of the film, discovery? I’m gonna err on the side of caution and just say it’s about three friends who met in Europe during the First World War, who in the time immediately following grew close during years they spent in Amsterdam where the men, Burt (Christina Bale, twitchy), and Harold (John David Washington), recovered from terrible war wounds under the care of a nurse, Valerie (Margot Robbie). 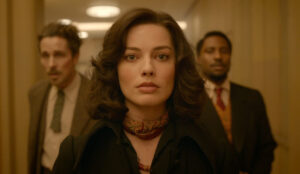 We’re also in Manhattan in 1933, where in the Great Depression veterans of the war are advocating for more rights. Burt now runs an unorthodox medical practice and Harold is a lawyer. One of Harold’s clients (Taylor Swift) is the daughter of one of their brothers in arms who recently passed away. She thinks he was murdered. It’s not long before there’s another death, and Burt and Harold are implicated. And that’s all in the first 15 minutes or so.

This heavily plotted murder mystery garners plenty of event to keep the interest, and you can’t help but sit up when one recognizable talent after the other shows up in scene after scene, most prominently Chris Rock, Zoe Saldana, Michael Shannon, Mike Myers, Matthias Schoenaerts, Anya Taylor-Joy, Rami Malek, Alessandro Nivola, Andrea Riseborough, and Robert De Niro, and they all get plenty to do as the three core friends reunite and come to grips with a  big-business fascist conspiracy that, apparently, is based on actual events. 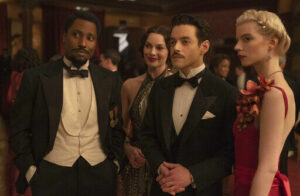 Aside from a game cast all having a good time with the material, I also enjoyed the heaps of contemporary resonance this script delivers. When De Niro gives a key speech in the last act, he may as well be addressing audiences around the rise of anti-democratic, authoritarian forces in the States as represented by a goodly portion of the current GOP and the former president. 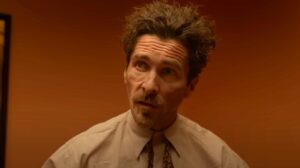 What doesn’t work so well is the movie’s tone. With performers as talented with comedy as Myers and Rock, this all could be so much broader. In some respects, the eccentricities in the material feel very Coen-esque, and it’s not the first time Russell has evoked those American masters in his work, though maybe never quite as boldly. It’s a real shame, then, that he can’t find their gift with absurdity and dry, effortless humour in the wordplay. This could almost be a farce with a little more of a push in the performances and set-pieces, and that might’ve been welcome.

The film is also absent something else that would’ve really improved matters: sex. With its three charismatic stars in a thruple in Amsterdam in the Roaring ’20s, the kind of heat we’ve seen in movies with characters stuck in a love triangle — like, say, Reds or Henry and June — bring all kinds of interesting complications, but Russell simply isn’t interested in going there. He’s not solely to blame — Hollywood is continuing the most puritanical stretch in its history since the Hays Code and isn’t supporting a lot of content in movies that might turn us on. 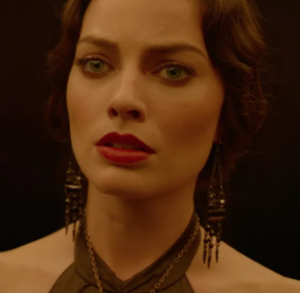 Finally, the picture isn’t about feelings. This is probably Russell’s least heartfelt picture since I Heart Huckabees (though the picture he took his name off, Accidental Love, remains unseen by me), and while it isn’t without entertainment value in its elaborate plot, production, and performances, I challenge you to care much about the people in it one way or another.