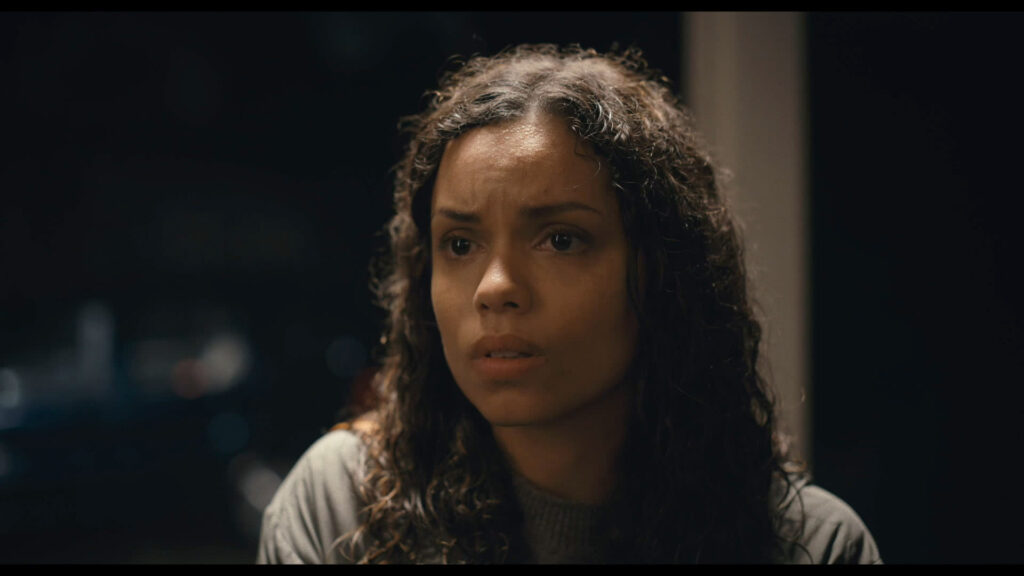 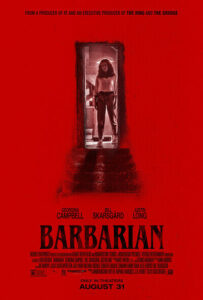 Barbarian suffers from a couple of issues that scupper otherwise clever horror movies way too often.

The first and most egregious is the Horror Character Decision-Making, which I encountered most recently in another high-concept picture, Fall. This is where capable, seemingly intelligent human beings behave so incredibly stupidly that it throws the whole enterprise into doubt, let alone any sympathy you might have for them. Here we have a lead character go into a dark, terrifying place not once, not twice, but three times. Some of that could be called heroic, perhaps, when they’re doing it to help someone else, but when the other, obvious option is to leave and find help, or just get the hell away from that place, it makes no sense whatsoever. 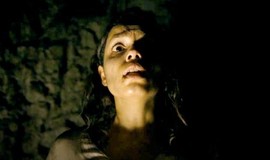 The second problem is Barbarian couldn’t plot its way out of a paper bag. And that’s a shame because the film is made with style and ideas, which makes it all the more frustrating that they’re pissed away late in the running.

The first act is a genuine slow burn. Tess (Georgina Campbell) is visiting Detroit for a job interview. She’s booked an AirBnB in Brightmoor, one of the city’s more desolate neighbourhoods. When she arrives at the house she meets Keith (Bill Skarsgaard of It and the Swedish acting dynasty), who by some short-term rental management mistake has also been booked into the house. 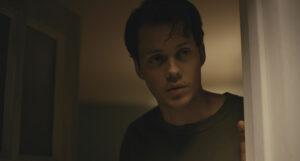 In the first 30 minutes not much happens, but Tess and Keith seem to be getting along OK. That’s when Tess discovers a hidden door in the basement, which leads into a dark sub-basement… where something horrible awaits.

The second act concerns an actor, AJ (Justin Long), who’s just been accused of rape by a colleague. His reputation and career in tatters, he needs to liquidate some real estate to help pay his legal bills, sending him from California to Detroit. Turns out he’s the landlord of this place with the secret rooms. 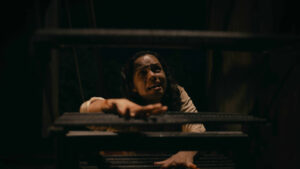 I won’t say much more, but the third act includes a flashback to some 40 years before, which helps explain the awful things down in the dark.

But does it, really? I mean, how is what happened here actually possible without someone finding out somewhere along the way?

I appreciated the set-up, the mood-setting of that glacial opening segment, what it’s saying about the real-life dystopia of Detroit and the United States over the decades, and even its nods to the longtime toxicity of men — in different but parallel ways. Barbarian also has a bit of a sense of humour, but it’s intermittent and not terribly effective. 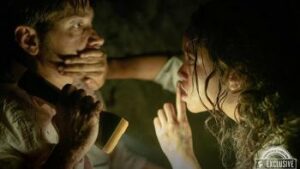 It’s when picture twists itself into a pretzel to get both Keith and Tess into an easily avoidable predicament that it started to lose me, and when it plunges into grotesque. While I’m sure for some the substantial creeps justifies the price of the ticket, even basic, most obvious questions blow the whole scenario apart. In the final 20 minutes the movie goes off the deep end, with Long giving a ridiculous speech about whether he’s a good or bad person and the horror in the basement getting an opportunity to become an almost supernatural threat. That’s when it gets especially dire.