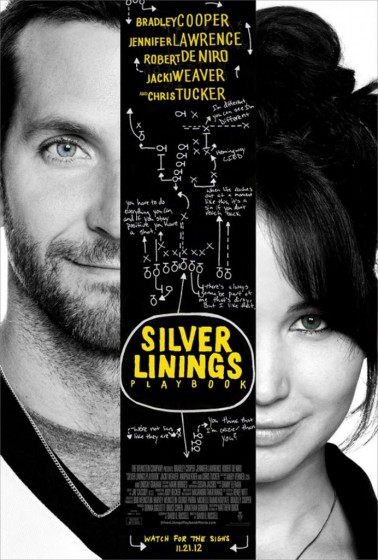 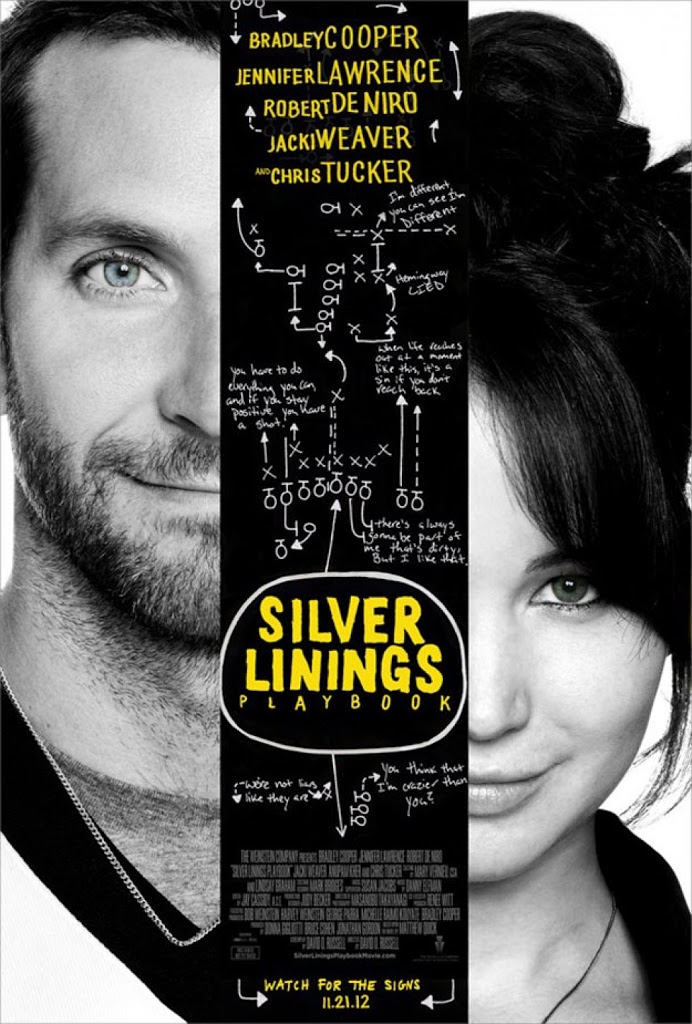 Selfishly, I think it’s great to see talented writer/director Russell pick up his pace. The first movie of his I saw was the brilliant, anxious comedy Flirting With Disaster (his earlier, first feature film, Spanking the Monkey, remains unseen by me). FWD was in 1996. In ’99 came Three Kings, a great and underappreciated absurdist war picture. It took him five more years to deliver I Heart Huckabees, which confounded many, myself included, and then another six for him to to give us The Fighter in 2010. The Fighter was one of that year’s good ones, I thought. So kudos to the famously temperamental director for getting this new, great film done in a remarkably speedy two years.

I’m really getting a sense of his strengths now as a filmmaker. He enjoys working with ensembles, where there may be a key two or three central characters, but all the support is vital and well fleshed-out, too. The most prevalent quality to his work, it seems to me, is how he plays with chaos. There is this feeling that the people in his films are on the ragged edge, their worlds could come crashing down at any time. That edge is often played for laughs, but never by stepping away from a solid grip on realism or by making fun of the characters or disrespecting them. Think of Mickey and Dicky’s mother and many sisters in The Fighter; as obnoxious as I found them, Russell doesn’t judge them.  He loves his characters, you can tell, even as he sees them through tough times.
Now that I have a chance to think about it, I’d say David O Russell is tapping into what made classic screwball comedies so great, but even more so, he’s an heir to Billy Wilder, whose films Some Like It Hot and The Apartment managed to spin pathos and laughs in equal doses. Does that seem like a hell of a compliment? Go see Silver Linings Playbook and get back to me.
Pat (Bradley Cooper) is a Philadelphia elementary school teacher who walked in on his English-teacher wife, Nikki (Brea Bee), having sex with the history teacher and, understandably, lost it. That put him under psychiatric lock-and-key for a few months, but now he’s out and in the care of his parents, Pat Sr. and Delores (Robert De Niro and Jacki Weaver). Pat Sr. recently lost his job and is making ends meet as a bookie, stoking an already existing predilection for superstition and obsessive behaviour.
Despite Nikki’s flagrant infidelity, and her having put a restraining order on him, Pat just wants to be with his wife, to prove to her that’s he’s OK and worthy of another chance. But he’s not really there yet: he jogs constantly to lose weight and he’s reading her entire course curriculum. Hemingway really upsets him. He reconnects with friends and family, but there’s plenty of grief there, too: Danny (Chris Tucker, the first time in his career he’s been non-annoying onscreen… think about it: The Fifth Element, Jackie Brown, Rush Hour…) keeps escaping from the institution where Pat was resident, and Ronnie (John Ortiz) is falling apart over problems in his business and personal life.
In the hands of a less confident storyteller, a lot of this material, dealing as it does with human frailty and psychological health, could be offensive. We do laugh at Pat’s behaviour, but we feel for him in his circumstances. And we see how the people around him are all on the spectrum, they’re all suffering. Mental illness is just a matter of degrees, and we’re all under some kind of stress. How we choose to handle it is the question.
Into this walks Tiffany (Jennifer Lawrence), the troubled sister of bitchy Veronica (Julia Stiles), wife of Ronnie. Tiffany’s husband recently died, which she took especially badly, resulting in her losing her job. But she sees a kinship with Pat, and works out a way to help him get what she wants while also roping him in to be her dance partner in an upcoming competition.
There’s so much going on here, and part of the fun of it is seeing how it manages to stay together instead of flying apart. Russell somehow keeps all the plates spinning. Even at the moment where the second act moves into the third with a fairly artificial plot device that involves the placing of a bet, a scene that might have seemed really contrived in a less boisterous, energetic movie than this. But here, Russell and his performers have earned a lot of leeway; we’re on board for what’s coming. And the payoff manages to satisfy entirely, both the character stuff and the romantic elements. 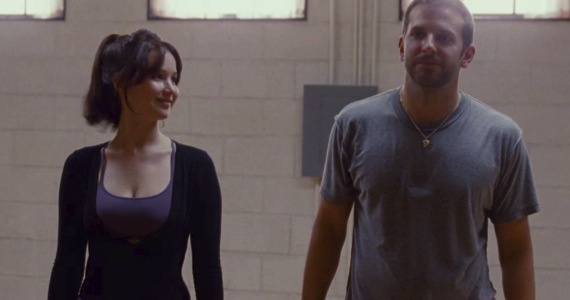 Cooper and Lawrence are impressive, the former showing a more aggressive, maybe even dangerous, character than we’ve seen before, and the latter just going from strength to strength. Lawrence has the ability to command your attention in every scene she’s in. An effortless star quality, for sure.
So, bottom line: I was really impressed with Silver Linings Playbook. It’s an achievement that deserves the accolades The Fighter received, in the performances, writing and directing, if not more. Don’t be surprised to see that happen.