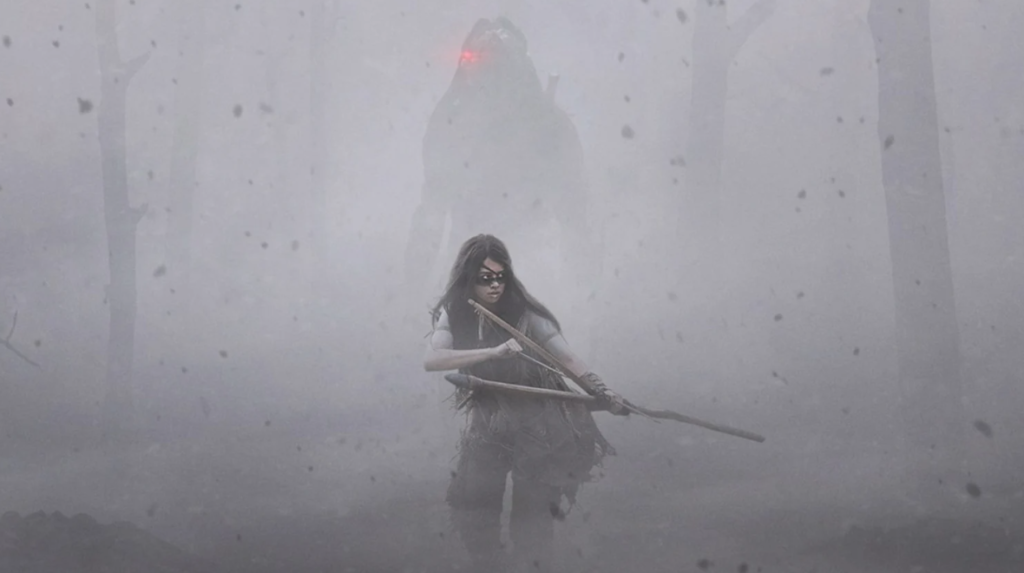 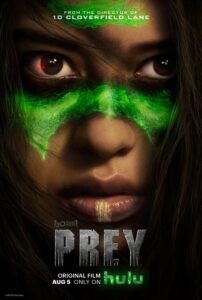 The first things that needs talking about with this film is the question of representation.

We’re in an age where authenticity is everything, and that means the white settler majority ceding space in the arts community to voices that have been traditionally oppressed.

A lot of care has gone into making Prey feel authentic to the time, place, and culture — a Comanche community perhaps 300 years ago — and best I can tell all the Comanche characters are played by indigenous actors. One of the producers, Jhane Myers, is Comanche. They’ve clearly done their homework in creating a vision that feels right, which must have required consultants, research, and a lot of talent in the props, wardrobe, hair and make-up. 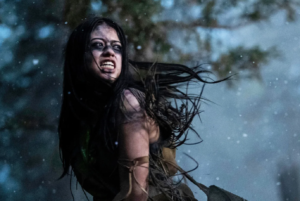 The writer and the director, however, are white dudes. Does “Nothing About Us Without Us” qualify when the key creative are settlers? This is a question I don’t have an answer for just yet.

Mi’kmaq filmmaker Jeff Barnaby commented on Twitter this week, “Oh to get the budgets and the praise these white men get for doing native content,” which must have been about Prey. He followed it up with other remarks on the picture regarding the issue of cultural appropriation.

His opinion is entirely relevant — he’s the director of the terrific 2019 zombie picture, Blood Quantum, a genre movie from an indigenous storyteller set in a First Nations community.

All this makes me wonder if a movie like Prey would get funded in Canada right now given the origins of its filmmakers. I also wonder when Barnaby’s next feature will be out, and why he might not be getting the production support he deserves.

All that said, I won’t deny that Prey is an excellent action picture — well directed, sublimely performed, with action beats that feel fresh despite this being the fifth entry in the Predator franchise that started 35 years ago. It’s even a prequel, which so infrequently work. It’s the time and settling here that frees the film from any of the franchise baggage accumulated over the years. I watched the four other Predator movies this week, and I can say with some confidence this is better than any of them, maybe including the first one. 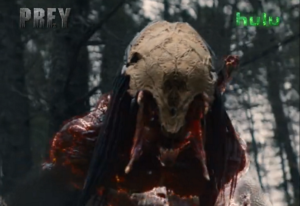 Naru (Amber Midthunder) is a teenager who yearns to be a hunter. She’s clearly learned from those around her, but we see that she’s also someone who spends a lot of her alone time training. The young men in the community seem less inclined to take her as seriously as she takes herself, even her war chief brother, Taabe (Dakota Beavers), who supports her but also wants to protect her from the threats they face in the day to day — a mountain lion, the odd bear — until she’s ready to do so.

She won’t be denied. She joins the hunting party when they head out to deal with the lion, and while she isn’t a lot of help at first, she sees something out there the other don’t: red lightning, and tracks suggesting something way bigger than a lion or bear is nearby.

Of course, it’s the Predator, an earlier edition of the first one we were introduced to back in ’87. 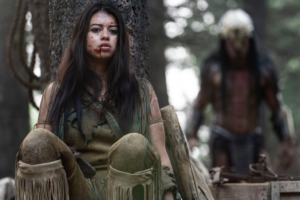 From about the second act of the movie, Naru no longer feels the need to prove her skills and tactics to her people, she needs to survive while hunting a kind of prey nobody’s ever hunted before. Midthunder gives a spectacular performance, and we’re with her every step of the way.

The script is clever enough to bring back what worked so well in the original film — the suspense around feeling entirely vulnerable to a superior, deadly threat. In other words, the existential fear. The film finds a way to avoid the mistakes of the sequels while continually surprising us. We get stuff in the third act I didn’t see coming, helping make Prey a genuine joy.

Trachtenberg, who knows his way around suspense in work like 10 Cloverfield Lane, he cleverly seeds important details — plot and character assists, let’s call them — throughout the running time and they all pay off. Cinematographer Jeff Cutter, shooting in lovely Alberta, does some wonderful work with golden hour light and forested and riverside locations. You could gripe about some of the CGI animals on display, but for the most part the special effects are well incorporated. 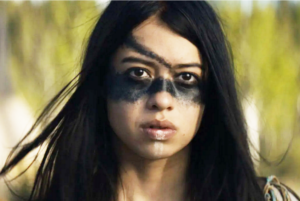 What makes Prey a standout film within its genre is the care to the action sequences. They’re choreographed and edited in such a way that we’re never confused about what’s going on, nothing is ever awkward or poorly edited. It just works in a way that thrills the blood. This might be the best pure action I’ve seen since the last John Wick movie. Witness Naru’s skills with a tomahawk on a rope, and the splashing gore when certain entirely deserving characters face both the Predator and Naru’s wrath. 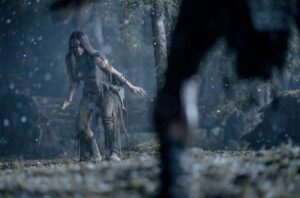 But I can’t give it a blanket recommendation because I’m not sure about that question of representation. I hope people see the film, though — damn, it would be fun on the big screen — while they think about how Prey compares with, say, Dances With Wolves, beyond the absence of a white saviour. That conversation is important, even as this picture seems entirely effective doing what it’s doing and making the next genuine action star an indigenous woman.

It’s a week after I wrote my review, and I’ve had conversations about this film with a few folks and kept my eye on the online response, including from Indigenous sources. The sense I have is this: if representatives of the Comanche have given their blessing to the project, then there’s no reason to be critical of Prey. I feel like by now if there was resistance to it from the very community it’s set in, we would’ve heard about that. The overwhelming response to the film has been positive, with people celebrating what it does, especially Amber Midthunder’s work.