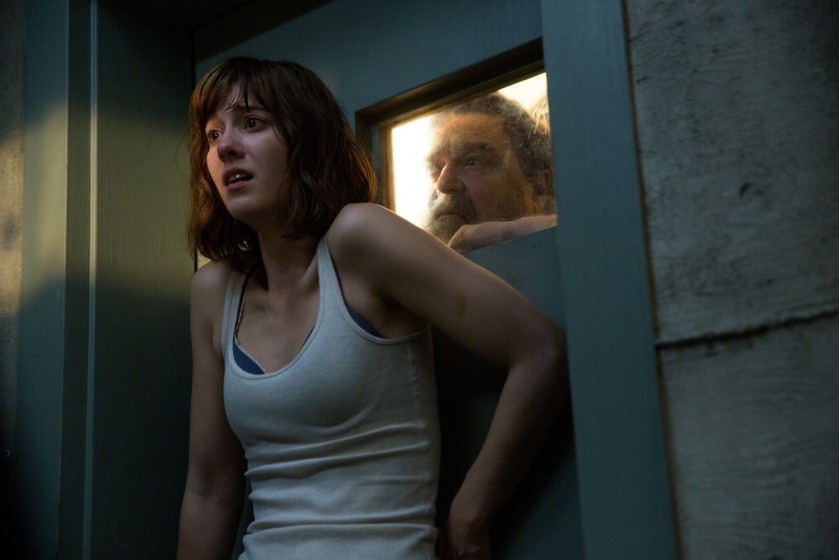 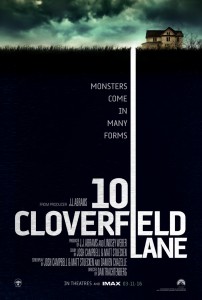 Back in 2008, Cloverfield scored box office gold with a canny marketing campaign and credible special effects, telling the story of a Godzilla-like attack on New York City through the eyes and camera of young, wealthy Manhattanites. It was also riddled with many of the faults of the found-footage genre, from wild implausibilities (who’d keep shooting through this hellish night?) to headache-inducing handheld cinematography to interchangeable, forgettable characters—the exception being the wonderful, exploding Lizzy Caplan.

According to producer JJ Abrams, this new film (sharing no other creative personnel from the first), is a “blood relative” of the former, though not really a sequel. That’s fine with me—another found-footage horror the world doesn’t need.

Michelle (Mary Elizabeth Winstead) is busting up with her fiance in New Orleans. She drives out into the sticks where she wrecks and wakes up in an underground bunker run by Howard (John Goodman in scary mode), a survivalist who’s been preparing for the apocalypse. He claims it’s arrived, that he saved her from a chemical or nuclear attack. Michelle doesn’t trust this guy as far as she could throw him, but Howard’s story is backed up by Emmett (John Gallagher Jr), a young guy also hiding out in the bunker.

The bulk of the movie takes place in the four or five rooms of the single location as alliances are made and broken between the trio. The genre shifts deftly from Hitchcockian psychological potboiler (backed by an insistent Bernard Herrmann-esque score from Bear McCreary) to post-apocalyptic thriller and monster movie, as much like Take Shelter as it is War of the Worlds. 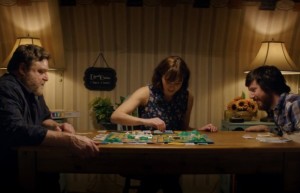 Best to just forget the original: This is not only a better film in pretty much every way that matters, it delivers gut-punching tension without the vomitcam. And if there’s any justice it’ll turn Winstead into the star she deserves to be.