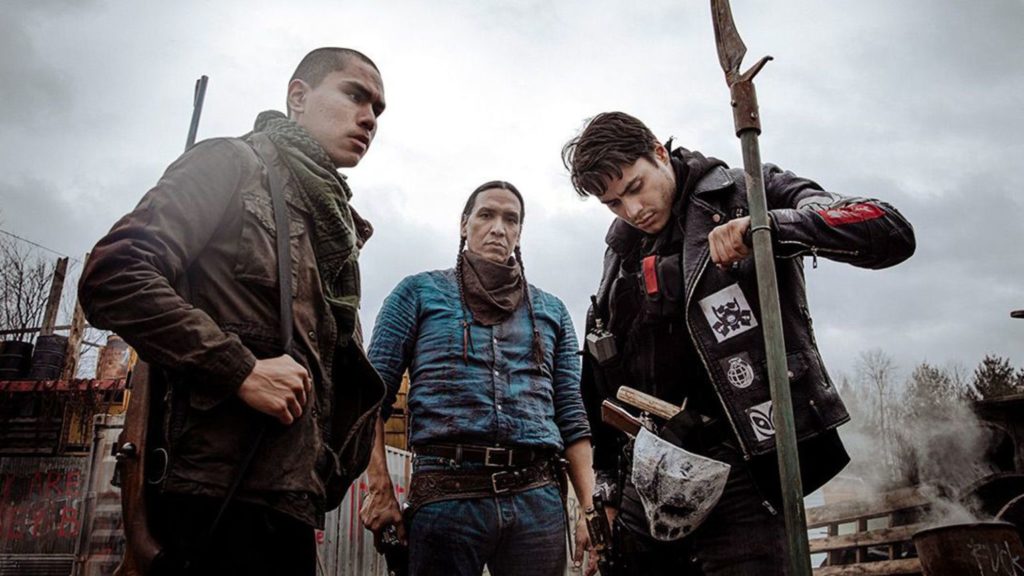 Written and Directed by Jeff Barnaby | 96 min | Crave Plus, On Demand 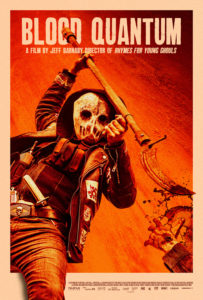 This is an impressively bloody and authentic pre- and post-apocalyptic zombie picture from the Mi’kmaq filmmaker who gave us Rhymes For Young Ghouls. Regular readers of FITI and listeners to one of my podcasts, LENS ME YOUR EARS, will know I’m not a horror guy, but I recommend this without hesitation — this gritty little picture is packed with great visual and storytelling ideas. For one, “Zedcicles” is the greatest Canadian zombie nickname ever. 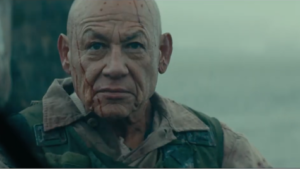 We start in a First Nations reservation Red Crow where fish pulled out of the water won’t die, which fisherman Gisigu (Stonehorse Lone Goeman) first notices. Later it’s the white people who simply won’t expire without beheading or immolation, but the indigenous folks are immune to the virus. Amongst the characters we get to know: Traylor (Michael Greyeyes) is a local cop, who has a son, Joseph (Forrest Goodluck) with ex-wife Joss (Elle-Maija Tailfeathers). There’s also badass Lysol (Kiowa Gordon), half-brother to Joseph, and Charlie (Olive Scriven), Joseph’s pregnant girlfriend.

It isn’t long before the apocalypse shows up, and Red Crow takes on the vibe of a real Road Warrior-style, heavily-armed outpost, with maybe a touch of Red Dawn fighting the colonizers vibe to it. That’s where it gets complicated — the community has survived at least partly because of the immunity, but uninfected random whites keep showing up asking for asylum, which pisses Lysol off to no end. 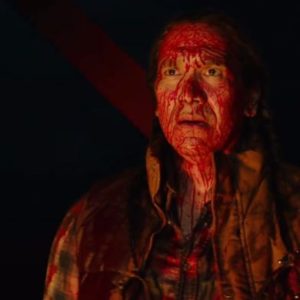 Using zombies to channel themes of colonialism and its costs, with the none-too-subtle suggestion of environmental racism, make the film sizzle with relevance — especially when viewed through the prism of what the our current pandemic is doing to reveal both the inequities in our society and the damage we’ve done to our ecosphere.

As someone says, “That’s why the dead keeps coming back to life, it’s because this planet is so tired of our shit.” All this with plenty of gore, chainsaws through heads, etc, and even a little room for gorgeous animated asides. 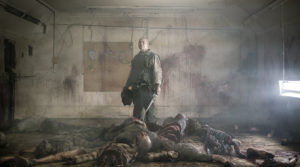 And of the features I’ve seen in recent years that play with the undead, maybe only The Girl With All The Gifts  offered anything as original or as much fun.