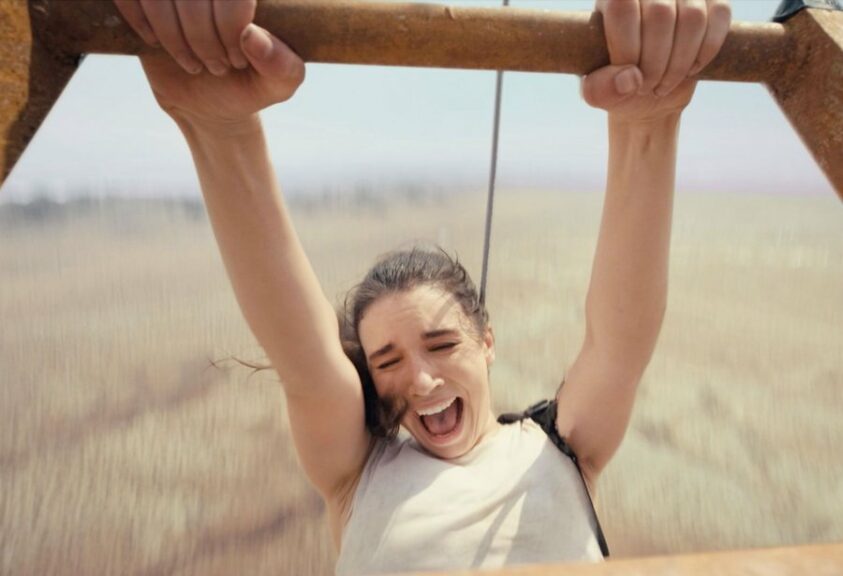 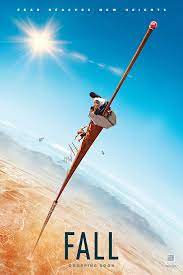 You gotta give credit to these filmmakers for the wonderfully simple conceit — stick your two characters on the top of a 2000 ft tower in the Mojave where the rail ladder has given way, and let them spend 90 minutes figuring out how to get down. I also have to give them full marks for the technical achievement — you will believe these ladies are up there. Those of you with a genuine fear of heights maybe should go see Minions: The Rise of Gru instead. 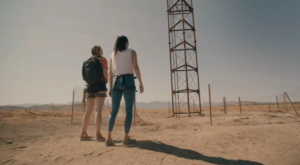 But Fall is also compromised by what I call Horror Character Decision-Making, where otherwise apparently intelligent people make chronically stupid choices that have you throwing popcorn at the screen. The real challenge here is sympathizing with their plight. 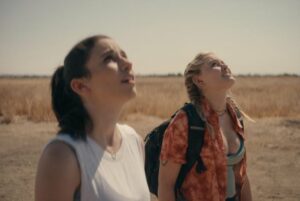 It’s Becky (Grace Caroline Currey) and Hunter (Virginia Gardner) who you’ll be yelling at. Becky lost her husband (Mason Gooding) in a climbing accident a year back and she’s still a wreck. Her father (Jeffrey Dean Morgan) is trying to get her to snap out of it, but there’s no reaching her. Only Hunter, who as alter-ego Danger Dee lives off life-risking behaviour on social media, has a solution for Becky: climb this enormous tower out in the desert and conquer your fear and grief. 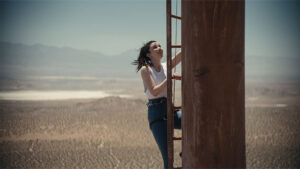 This is what they do, without telling anybody where they’re going. And we’re supposed to believe these two are seasoned climbers? OK, sure, Hunter figured she’d always have a cell signal, but what’s Becky’s excuse? The possibility suicidal tendencies fuelling this adventure are not particularly well explored. 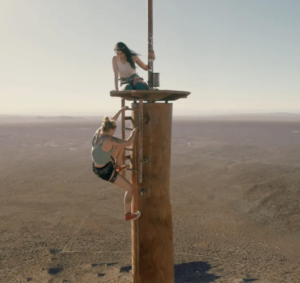 Once we get up on the tower with the women the implausibilities collect around them. One character is out of shape and then seemingly badly hurt, yet is still able to accomplish incredible physical feats. I could think of at least two ideas for getting help that never occurs to them. We also have to sit through a couple character revelations that seem calculated to help fill time rather than actually make much sense for these two. A couple of cheap dream-sequences/hallucinations feel like missives from the very  bottom of the horror-movie playbook — they’re the opposite of effective.

However, did I feel weak in the knees from the impressive, vertigo-inducing cinematography? Indeed I did. Mann and his DP, the single-named MacGregor, find creative ways to move the camera around for welcome texture and punch. In that it reminds me a little of another desert-set survival thriller, Danny Boyle’s 127 Hours. We also get the best human-vulture scene since Conan the Barbarian. 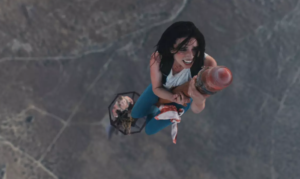 At the end of the day, I wondered what this was all for — aside from the paternalistic echo through its running time: “Always listen to Daddy!” As a call to live life to the fullest because it’s so brutishly short, well, maybe the lesson is as simple as the premise: don’t do stupid shit like climb rusted telecom towers. Just for starters.