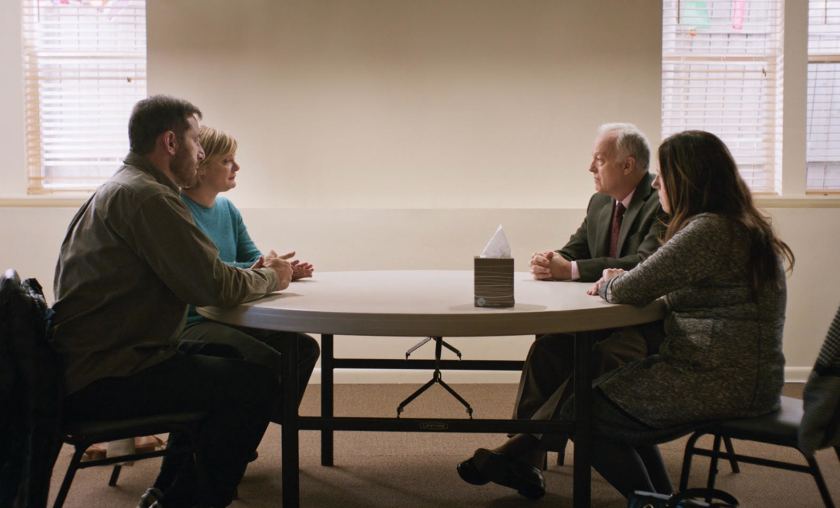 Written and Directed by Fran Kranz | 110 min | In Cinemas 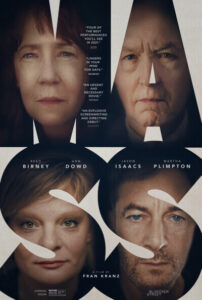 Two couples sit at a round table in a church, a meeting arranged by another party. They’re all carrying a weight, you can tell. It takes awhile to figure out what they’re there for, and when we do, which couple’s son was the killer. Yes, this is a meeting between the parents of two high school boys, the one who was murdered in a school shooting and the one who did the killing before taking his own life.

That’s it, that’s the movie, nearly two hours of the couples hashing out the horror that connects them, desperately trying to understand the why of it all, the thing that destroyed their lives. As you can imagine, despite the best efforts of reasonable people who’ve had years to come to terms with what happened, hurt and recrimination is never far beyond the politesse. 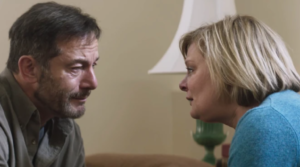 Traditionally anything this talky, a story mostly told in a single room, would be the sure sign of a theatrical adaptation — like the awkward, false machinations of Carnage — but not in this case. That said, it’s easy to tell that the film was written and directed by an actor, because he leans so heavily on his cast. The entire work hinges on the capacity of the performers to deliver the drama plausibly, and that’s too much to ask of them.

As Jay and Gail, Jason Isaacs and especially Martha Plimpton do terrific work transmitting the emotions of people in a perpetual state of grief. As Linda and Richard, Ann Dowd and Reed Birney are frequently saved by the script, which in places deftly elucidates the special hell of parents whose guilt over their child’s crimes might deny themselves the right of grief — maybe worse than the grief itself. But they’re also the performers more likely to step too far into stage acting. Kranz allows all his actors the room to flourish in ways we’d accept if we were watching this in the theatre, but it can’t help but come off as forced in this scenario. 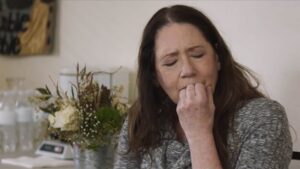 What ends up letting down all the actors is a lack of ideas in the direction. A singular, suffocating  set can really work to ratchet up suspense in a thriller, but in this kind of a film it’s stultifying. We get an occasional still exterior scene of a fence and a building in the distance. Is this the school where the shooting took place? It’s unclear, and these moments outside the room just serve to remind us how flatly imagined the rest of it is. I didn’t see it in the cinema, but I can’t imagine any reason a big screen would be necessary. 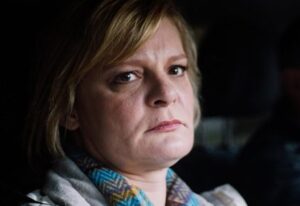 While there’s no arguing the devastating nature of the material — much of it potently acted — and the talent of everyone assembled, Mass doesn’t sustain as more than a teleplay. Go carefully.