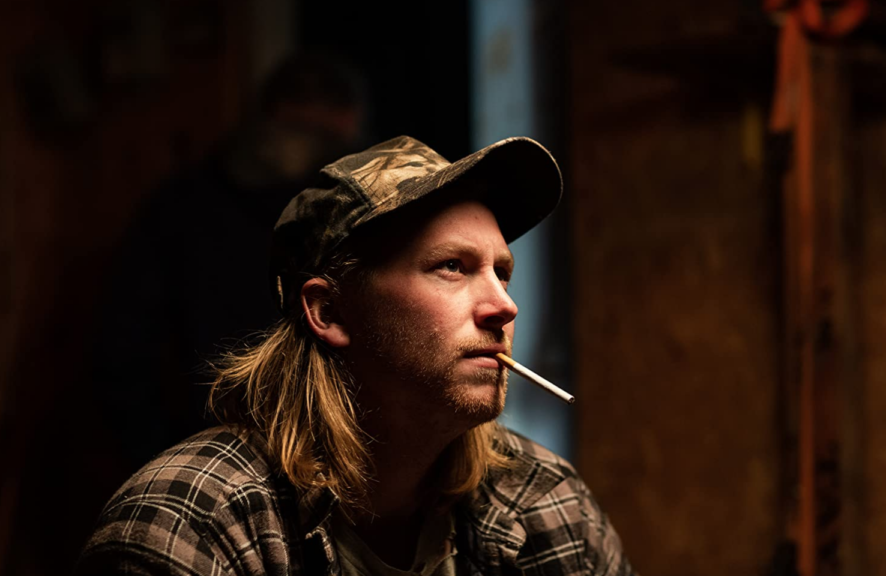 Directed by Taylor Olson | Written by Olson, from a play by Catherine Banks | 89 min | On Demand 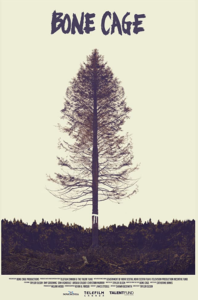 A version of this review appeared during my coverage of the 2020 FIN Atlantic Film Festival. Full disclosure: I saw a rough cut of the film before picture lock, and offered my notes on it to Olson.

For awhile now Taylor Olson has been building a career in Nova Scotia  as an actor to watch, and as a burgeoning  writer — he and his creative and life partner Koumbie were in the FIN Screenwriters Development Program with me in 2018.

In 2020 Olson also directed and wrote Bone Cage, which he adapted from Catherine Banks’ Governor General-award winning play. If that weren’t enough, he’s also the lead, Jamie. It’s his first full-length effort as a filmmaker, and he makes it count. 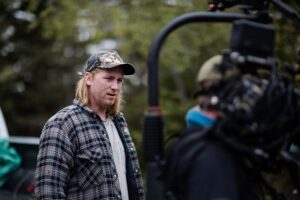 Bone Cage is about a young forestry worker in rural Nova Scotia. In Olson’s own words to the CBC, his Jamie has a duality — he’s a hard case, someone who’s living up to the sometime violent expectations of men in his community, while also in touch with some essential, vulnerable part of himself that threatens to slip away as he clearcuts the local woods with enormous, vicious machines. After he shuts them down he finds the small animal victims of his destruction in the ruined landscape.

Back home he’s engaged to the loving Krista (Ursula Calder), while his half-sister, Chicky (Amy Groening) keeps an eye on him, but also doesn’t really trust him to be a decent husband.

This while their father, Clarence (Christian Murray) is in a permanent state of grief over a dead son, Jamie’s brother. There’s a subsumed rage and resentment in most of the men on screen — frustrated by the lack of choices in life. Only Jamie seems to really understand the cost of being stuck here, the price it will exact on his future. 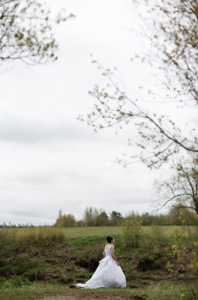 Olson the actor makes Jamie his own, like the restless grandchild of Jack Nicholson’s Bobby Dupea in Five Easy Pieces, but seeing even fewer outs.

This while Olson the director makes a host of diverting stylistic choices, with DP Kevin A Fraser and editor Shawn Beckwith, from tasty overhead drone shots to dreamy interjections, quiet moments of human connection.

Bone Cage should be counted with the recent Werewolf and Murmur as a strong first effort from a promising Nova Scotian filmmaker, illuminating a fragment of real life in this province.