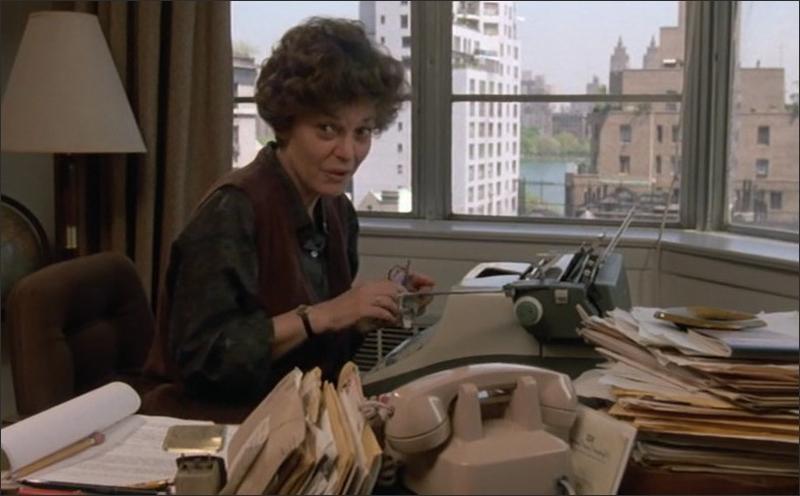 This is an intermittent feature on FITI where I highlight an older film that doesn’t get much love but I believe is worth discovering… or rediscovering.

1987 | Directed by David Hugh Jones | Written by Hugh Whitemore, adapting the play by James Roose-Evans and the book by Helene Hanff | 100 min | Netflix 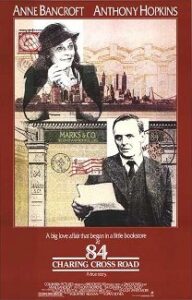 This is a movie about the way people can find connection, even love, through correspondence. It’s based on a play based on a book, which in itself is a collection of letters. The fact the film is as good as it is is a bit of a shock, given the way it’s hopscotched through different media, and because you wouldn’t expect this material would necessary be a cinematic sure thing, but it’s a delight. 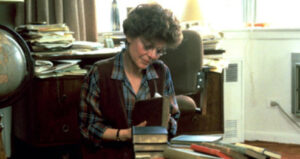 Helene Hanff (Anne Bancroft) was a New York writer with a particular passion for antiquarian British lit. Seeing an ad for a London bookstore in a Manhattan newspaper in 1949, she writes them to see if they have the books she’s looking for.

She strikes up a friendly exchange, and friendship, with the manager of the store, one Frank P. Doel (Anthony Hopkins), and some of the book store’s staff who write to Hanff themselves. 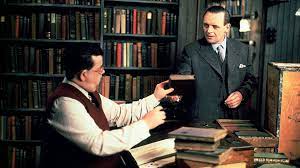 And that’s pretty much the length of it. Despite the lack of obvious cinematic juice here, the film ends up as friendly and comforting as a warm cardigan. This would make a terrific Christmas movie for its fuzzy charm, even though it takes place over years and visits Christmastime only fleetingly. It also hides in its tale a real melancholic spirit, but that serves to deepen the movie’s impact.

Bancroft essays Hanff with a swaggering Jewish New York attitude and sharp wit. Doel is played by Hopkins at his most tweedy. Doel’s Irish wife is essayed by a pre-stardom Judi Dench, and there’s a nice role for Mercedes Ruehl as a friend of Helene’s, as well as Ian McNeice as one of the staff at the bookstore. 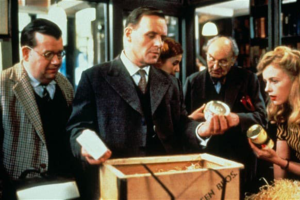 This is the kind of movie where we hear voice-over — presumably samples of the correspondence — while we see characters do other things. They live their lives, enjoy family and holidays. It really shouldn’t work, it should be entirely too chintzy, but it does. And it stands up to multiple viewings. It’s become an annual screening for me. 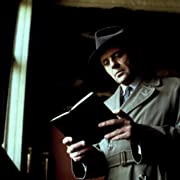 It’s a charming ode to the writing of letters, to the love of books, and to the romance of big cities, specifically New York and London. How many movies depict two cities at their most romantic selves, simultaneously?