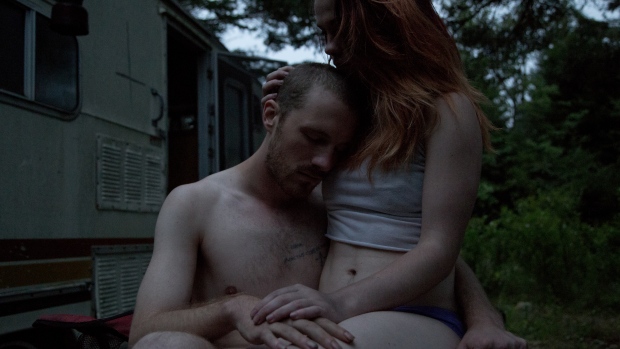 Here we are again, that moment in September when Halifax goes movie crazy.

I’ve been attending The Atlantic Film Festival since 2003. That year the festival programmers screened some of the biggest and most beloved films of the year (Lost In Translation) along with the obscure, but no less delightful, gems ( such as Wilbur Wants To Kill Himself).

Thirteen years later and the model is much the same. You can expect to see Cannes award-winning feature films (I, Daniel Blake, The Salesman) and bleeding-edge zombie pictures (The Girl With All The Gifts), regional films that come to life and shine despite the incredible challenges getting them made (Weridos, Werewolf) and even documentaries about poultry (Chicken People).

Over at the Carbon Arc Independent Cinema website I’ve already written about a few of the fest’s most anticipated (and largely international) films. (Go here for that.)

Today I’m in The Coast with an alternative list of features that you may not have heard about. (Go here for that.)

(If you’ve picked up the print edition, an editing error credited Tara Thorne as the author of my piece. She wrote the one on the page before, about the excellent Werewolf.  Tara told me she would’ve picked 10 other movies, so if you see her, ask her about those.) 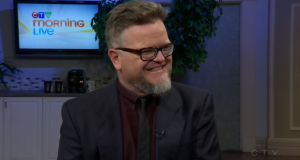 And this morning I also appeared on CTV Morning Live with the effervescent Heidi Petracek. We talked about some of the Atlantic films in this year’s festival. You can see that clip here.

Of course, there are also a host of terrific short film programs where Atlantic Canada’s future feature filmmakers are cutting their teeth.

I’ve been fortunate enough to see some of the features and documentaries in advance, so let the reviews begin here:

Owen (Shawn Doyle) comes out of rehab for alcoholism into the waiting arms of his upstanding doctor brother, Alex (Jason Priestley), Alex’s wife, Hannah (Joanne Kelly), and their kids. Owen is a little shaky but OK, but while Alex is working physician hours, Owen gets close to Hannah. Simms has shown a knack with tough, character-driven material in Down To The Dirt, and carries the same even hand here. The performances are solid (especially Priestley), but where there should be suspense, or erotic sizzle, the heat never comes to a boil. The narrative is interrupted by flash-forwards where Owen is alone, beat up, carrying Hannah’s journal, and the parallel stories don’t quite mesh. Instead we get a a tale of guilt and regret that never escapes the melancholy.

We’re used to seeing footage of orcas, sharks, and dolphins, but Bluefin goes to some trouble to show the grace and speed of the mighty tuna. These fish can top 400 kg, and the images in the water are damn impressive—credit to Hopkins and cinematographer Christopher Ball. But this isn’t a nature doc, it’s an exploration of a mystery: Why are experienced fishers in Prince Edward Island saying the tuna are back? The fish were plentiful 50 years ago, but the fishery has been exhausted. Scientists are still claiming that hasn’t changed, and more fishing will only decimate their numbers further, but some of those men on the water report otherwise. Then there are those who are trying a “catch and release” program, which comes with its own set of problems. All the while, the market, largely in Japan, is hungry for more. Thoughtful and gorgeous to look at, Bluefin is a portrait of a tradition and an industry in micro, while considering much larger implications. No easy answers, mind you.

A very personal film from the prolific Halifax-based documentary filmmaker John Walker. He starts with his own family story, anglophone Quebeckers who were among the hundreds of thousands who left when they felt disenfranchised by the Quiet Revolution. He also spends time with the francophone filmmakers and intellectuals who took a stand against the Catholic Church and help foster the sovereignty movement, and former police officers who defused bombs laid by the FLQ. “Not too many people died, you’ve got to remember that,” says Deny Arcand. It’s a fascinating and essential film, one that reveals a living culture still struggling to define itself. Walker reaches between the solitudes, and shows how it’s a good idea for all of us to do the same.

A former star hockey player, Tim Tucker (Dylan Bruce), has been a myth in his Hamilton hometown ever since high school. Ten years after he blew out his knee he shows up in The Hammer as a pizza delivery guy with a secret—he’s been making a living as a hitman—and a reunion with the old crowd is imminent. So far, so Canuck Point Blank. The big problem is Tucker is a smug douchebag, with a high level of jock asshole entitlement that almost everyone in the film mistakenly thinks is charming. What winds up making First Round Down worth seeing are the scrappy choices in the direction, a terrific Canrock soundtrack (Junkhouse! Sloan! Triumph!), solid support from The Breakfast Club‘s Tom Kapelos, and the always interesting Joel Thomas Hynes. Rachel Wilson’s character turns out to be the real badass here, and Tucker gets kneed in the nuts a couple times, which he really has coming. 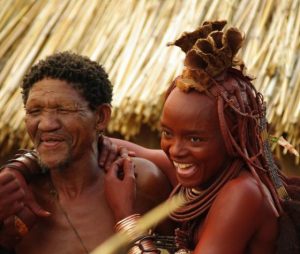 Stadler is an anthropologist and filmmaker who joins with a German organization that helps Namibian tribespeople. The Ju/’Hoansi were once nomadic, but now support themselves through tourism—mostly white westerners who pay to see them. Stadler films them on a bus tour through the country, and then again later when members of the tribe,  Chau, /Xoan, Gao, and Tci!xo, travel to Germany to teach a workshop on their own cultural practices. The German trip is fascinating, where the Ju/’Hoansi are both the observed and the observers. Their perspective of the west, how we work and live, feels true, even poetic. But there’s such a tradition of exploitation, the indigenous people of Africa seen through the western white lens—this film doesn’t entirely feel free of that—even while the Ju/’Hoansi are clearly delighted by all our weirdness.

The NFB is bringing a bunch of interesting films to this year’s AFF, most prominently Peter Svatek’s documentary, which is the Monday Night Gala. Ostensibly about this terrific social concept—world renowned chefs cook in a soup kitchen using food waste from the 2015 Milan World Expo—what it really does is put a face on the human struggle going on in Europe right now—the fate of refugees fleeing real horror in North Africa for a better life in Italy, and finding fresh challenges there. The chefs in their makeshift restaurant also serve former sex workers and the homeless , nicely skewering any potential food snobbery with acts of kindness, while the film feels a little like a docudrama version of Babette’s Feast. Heads up, foodies. 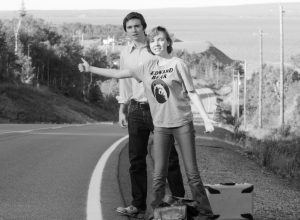 A picture postcard of 1970s Nova Scotia in stunning black and white—a big tip of the hat to DP Becky Parsons. Road movie veteran Bruce McDonald (Roadkill, Highway 61, Hard Core Logo) teams up with his Trigger storytelling partner Daniel MacIvor and delivers a sweet, austere coming of age picture. We hang with Kit (Dylan Authors), Alice (Julia Sarah Stone), and the ephemeral “Not” Andy Warhol (Rhys Bevan-John), who make the break from Antigonish, Kit’s father (Allan Hawco), and grandmother (Cathy Jones), one day in July of ’76 to seek out Kit’s free-spirited mother (Molly Parker) in Sydney. The lessons gently learned have to do with coming to terms with your sexuality, and that adults can be as confused as teens. Weirdos can claim a solid place amongst other Cape Breton road movies Goin’ Down The Road and Candy Mountain, and Stone is especially good. It’s perfect casting—she looks like she might be a Rankin sister.

Written and Directed by Ashley McKenzie

Ashley McKenzie has established herself (with creative producer Nelson MacDonald) as a distinct filmmaking voice through a strong group of short films including Rhonda’s Party, When You Sleep, and Stray. Werewolf is her first full-length picture, an unblinking look at the lives of two young people in small town Cape Breton, Nessa (Bhreagh MacNeil) and Blaise (Andrew Gillis), both homeless and struggling in a methadone recovery program. The film’s visual language is maybe its most striking feature, shots framed in extreme close-up or at obtuse angles, where the details of these characters’ bodies and environment linger. Though she barely speaks, Nessa is the heart of the piece as she slowly puts her life back together, while Blaise is the source of chaos—suicidal, aggressive,  impatient, and unable to take any personal responsibility. A remarkable portrait of addiction, and a strong feature debut.

Please check back here regularly for my capsule reviews of all I’m seeing. I hope you have a great 36th Annual Atlantic Film Festival!