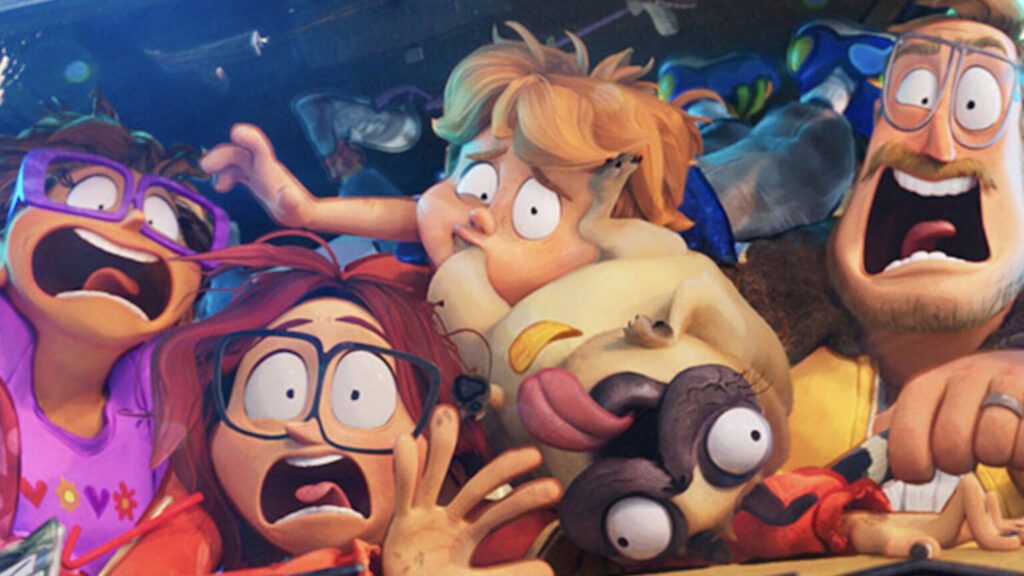 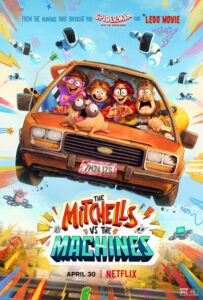 The Mitchells are — self-proclaimed —  not like other families. They say that even though they totally are.

The Dad, Rick (voiced by Danny McBride) enjoys Number 3 Robertson non-slip screwdrivers and is out of touch with his kids. The Mom, Linda (Maya Rudolph), likes to bake cupcakes. The Son, Aaron (co-director Rianda) is *really* into dinosaurs. And The Daughter, Katie (Abbi Jacobson), likes to make videos on her YouTube channel and has just been accepted into film school in California. Rick, who feels like he hasn’t been supportive enough of her dreams, insists the Mitchells (with pug Monchi) drive Katie across country to school. 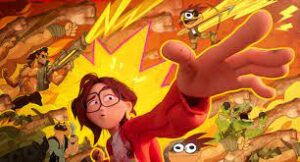 On the way, the massive, extraordinarily Apple-esque Pal computer system launches a new robot model, Pal Max — a cell phone on legs — making the former Pal OS (Olivia Colman, genius casting) immediately obsolete. She’s not pleased at all. She overrides all the new Pal Max computers and launches an assault on humanity, capturing all the humans except, somehow, the Mitchells, who take it upon themselves to counterstrike. 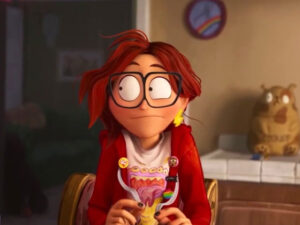 This is a wildly caffeinated animated adventure, at least as visually intense as the first Lego Movie, and to its credit about 75% of the gags, visual and otherwise, land with a chuckle — this is some creative and idea-packed entertainment. Katie has a distinct visual style in her videos — a hand-drawn explosion of colour — that carries over on top of the quality computer generated animation, adding to the Tron–inspired sci-fi elements and a terrific Mark Mothersbaugh electronic score. 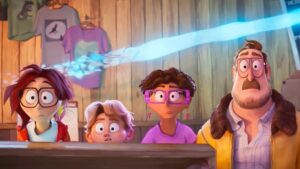 The theme of our addiction to and perhaps misplaced trust in our tech is a big part of the tale — witness what happens when Pal switches off the wifi. As Linda muses at one stage, “”Who’d have thought large tech companies wouldn’t have our best interests at heart?” Some of the funniest moments come from two malfunctioning ‘bots that end up helping the Mitchells (voiced by Beck Bennett and Fred Armisen). 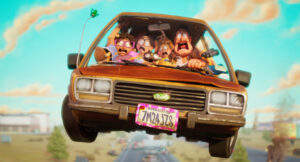 The picture is also another slice of animation aimed at all ages that celebrates the idea of the nuclear family, heavy on the tooth-achingly sweet “family is everything and don’t you forget it” moralizing. It’s as tiresome and heavy handed as anything we get from a Fast & Furious movie. Even so, for anyone who’s been mostly stuck inside with your loved ones for the past year or more, this may provide some useful perspective.  It also normalizes queer character notes in a way that feels healthy and progressive, counterbalancing the more conservative element. 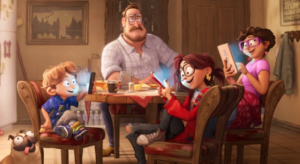 Overall, if a bit too long, The Mitchells vs the Machines is a pretty great time. One last recommendation, though: avoid the trailer. It’s spoiler-ridden.