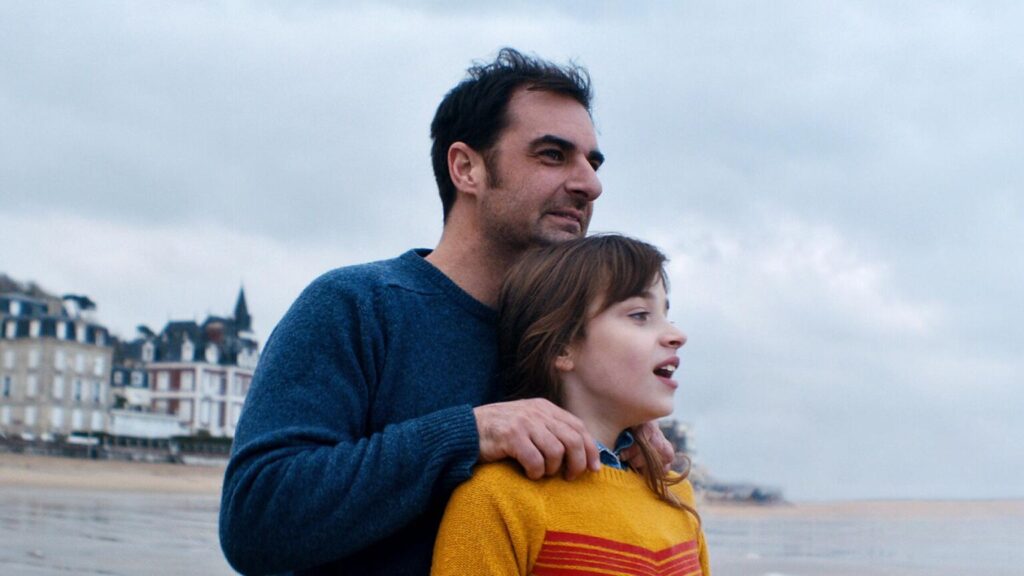 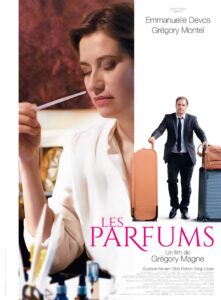 A sweet, if slight, French dramedy about Anne Walberg (Emmanuelle Devos), who is a “nose” — she’s a former perfume maker with a gifted schnoz — and Guillaume Favre (writer-director Magne), a chauffeur desperate to hang on to his job so he can continue to manage the shared custody of his 10-year-old (Zelie Rixhon).

When Guillaume is assigned to be Anne’s driver, it’s oil and water right away. He’s eager to please, with a naive, hangdog air about him, while she’s brittle and demanding, a former scent star who fell from fame years ago and is trying to claw back her career. 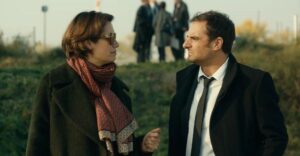 So far, so ordinary. The actors are likeable, the film is well-enough directed, but out of the blocks there’s a lingering suspicion that if this picture didn’t have that French je ne sais quoi about it — like if it had been made in Hollywood — it would be too saccharine and low-stakes to bother with. 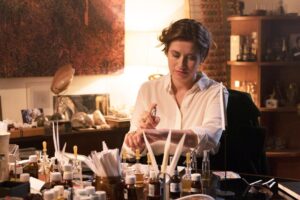 But, as we go along, Magne lets veteran Devos take the lead with her character’s scent-based expertise, and we get scene after scene of her sensitive olfactory skills at work. This part of the story is fascinating, adding a technical complexity — how she picks up unique scents and how she aims to combine them to solve her clients’ problems.  There’s a moment about halfway in when Guillaume becomes a kind of agent for her, getting her a better deal than she expected. The movie suggests a whole new future for both of them spring-boarding from that success, but it takes its time actually getting there. Naturally, we need a cathartic moment before they realize how they can actually help each other, even though audiences are about 45 minutes ahead of them.

The story of Anne and  Guillaume is an entirely pleasant way to spend an hour and 40 minutes. The film also deftly avoids any question of romance — the vibe just isn’t there — but I suspect there is a different future likely for Anne and her nose doctor, Prof Ballester (Sergi López). Maybe we’ll find out in the sequel. 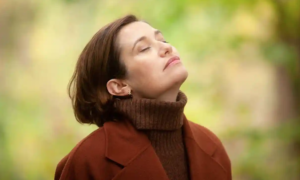 One last note that came from a friend who also watched this film. I mentioned to her the film’s ineffable charm, and that got her thinking about something we might be overlooking.  Spoilers ahead, so if you’re keen to see the movie maybe come back after to read this final thought:

My friend was suspicious of the very charm of the film that wooed me. She took issue with the picture’s tone, which, in her words: “makes palatable the patriarchal and elitist/classist agendas that persist in French film.”

Further: “that to be a chauffeur is not nearly as impressive or worthy of pride as to be a ‘nose’ for upscale perfumeries like Dior — as opposed to the ‘cheap’ scents, worn by the wait staff, i.e. the servant class, disparaged earlier in the film — which all culminates in the final scene of the father proudly talking about his job at his daughter’s school, an activity he was avoiding while a chauffeur. The film’s charm helps make us complicit in this reinforcement of the status quo and to even sympathize with, rather than criticize or condemn, Anne Walberg, who (poor thing) must work for corporations wanting to hide the odorous evidence of their polluting emissions or for a luxury handbag company masking the smell of their poorly processed leather, instead of crafting high end scents for the wealthy.”

She’s not wrong. Makes me wonder if I give some international cinema more of a pass because I’m less likely to assess a baked-in political agenda from another culture. Something for me to consider going forward.