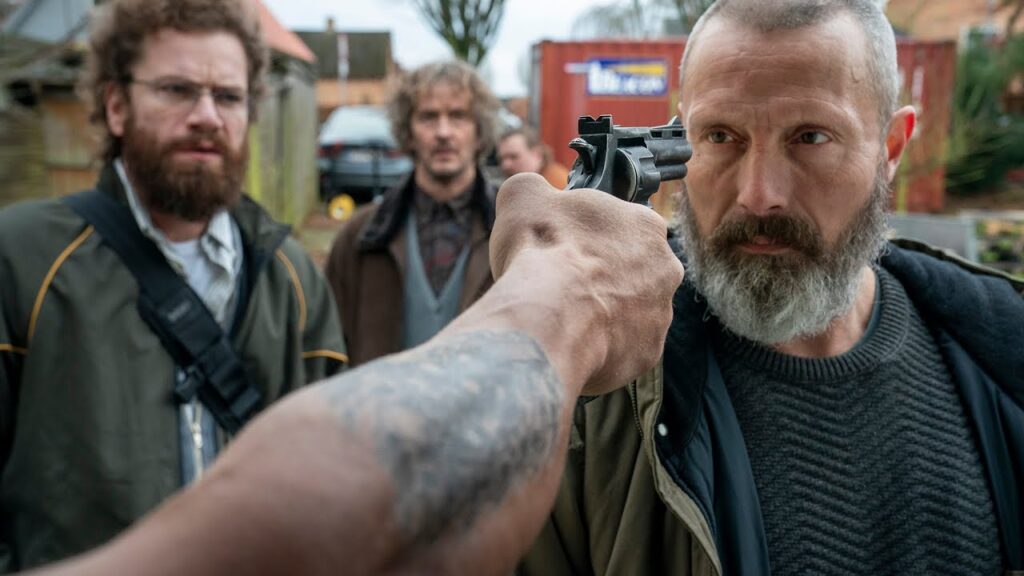 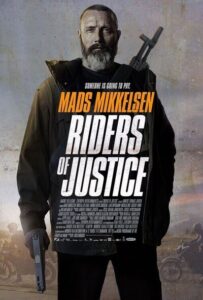 Veteran Danish filmmaker and screenwriter Jensen delivers a darkly comic movie that also serves as a kind of offhand repost to Hollywood’s middle-aged lead revenge thrillers of recent years starring Liam Neeson, Keanu Reeves, and even Bob Odenkirk. (It might even be a nice double-feature with a much more straight-ahead Mads Mikkelsen Danish revenge picture, The Salvation.)

Riders of Justice includes enough scenes of trigger-happy intensity to qualify for the genre, but it’s got a lot more going on in its head — including the idea that having someone to blame for life’s tragedies has a lot to do with human beings looking for patterns in the universe, where sometimes it’s just coincidence. 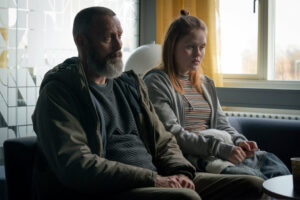 Mikkelsen is Markus, a Danish soldier called home from Afghanistan when his wife, Emma (Anne Birgitte Lind) is killed in an explosion on a Danish passenger train. Now alone with his daughter, Matilde (Andrea Heick Gadeberg), their relationship strained by grief and by Markus’ militaristic intensity, they get a visit from Otto (Nikolaj Lie Kaas), a computer scientist and statistician who was on the same train as Emma. He and his hacker pals, Lennart (Lars Brygmann) and Emmenthaler (Nicolas Bro), are convinced the explosion on the train was no accident, as it also killed a witness in an organized crime murder case. Holed up in a sprawling barn on Markus’ property, the unlikely quartet track down the criminals, a gang called Riders of Justice, and plan their imminent demise — this while Markus tries and fails to reconnect with Matilde. The other three guys — painfully socially inept and emotionally fraught — wind up spinning all kinds of lies to cover up their own criminal misdoings.

And that’s not even the whole story. I haven’t mentioned how the film regularly attempts to show how actions have consequences, consistently talking about how people make decisions based on data that is almost never 100% accurate, and the forking paths of fate that result. Nor have I discussed the role a Ukrainian sex slave (Gustav Lindh) plays in the tale.

Tonally, you just don’t get this kind of a movie outside of Denmark very often. There’s a pitch black sense of humour at work here that also has room for slapstick and bro-y, gross-out comedy while never letting go of the real tragedies that are going on in these people’s lives. Jensen is interested in all of it, while taking time to make fun of masculine tropes in Danish society, mining laughs from dudes barely holding it together — the presumption that a lot of men are insecure little boys, but will do better if they can admit it.

Mikkelsen serves as a straight man to Kaas, Brygmann, and Bro, whose outrageous, unpredictable behaviour threatens to send the entire enterprise into chaos. What I maybe liked the most is the film ends up satisfying as a violent revenge thriller, but given the rich characters, frequent laughs, and philosophical underpinnings, that’s maybe the least interesting thing about it.