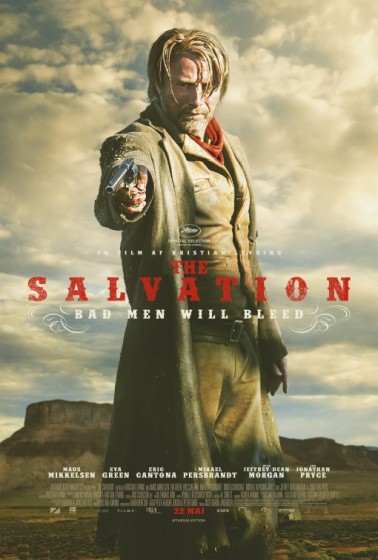 As much as I’d like to think I have a sense of the hottest movies to see at the AFF, I always miss something stellar. For example, a reliable source told me that Xavier Dolan’s Mommy, which screened on Saturday night while I was having dinner with a friend from out of town, was one of the best Canadian films he’d ever seen. Damn it. And has a Xavier Dolan picture ever opened in cinemas here? I don’t think so.

Wednesday night was the toughest schedule yet: Should I go see God Help The Girl, the Scottish musical—perhaps in support of Scottish independence? Or should I see the new film from Peter Strickland, the filmmaker responsible for the weird and wonderful Berbian Sound Studio, called The Duke of Burgundy? Or maybe I should be checking out the AFCOOP 40th Anniversary Spotlight Screening? And later on, should I see Whiplash, which I have on good authority is a really special film? Or maybe The Tribe,  the Ukrainian film set at a school for the deaf where everyone speaks in sign language?

Well, I played it safe for the evening’s first screening. Mike Leigh’s Mr Turner. A giant of British film, Leigh specializes in both kitchen sink dramas such as Naked and Secrets & Lies, as well as the odd historical drama. Topsy Turvy is one of my favourites of his. Mr Turner is another  Victorian era biopic, this time of the landscape painter JMW Turner.

It’s a solid portrait of the artist as an aging man, essayed by Timothy Spall. Spall plays Turner as a bit of a thug, grunting and growling many of his lines, though he is startlingly articulate and poetic about the beauty of nature. Early on we learn he abandoned his first wife and two daughters, though we never quite understand why. He lies and hides his identity periodically, he uses his housekeeper for sex whenever it suits him. He’s generally unpleasant. Eventually he finds a new wife while on a series of research trips to the shore. Many of the visuals of these trips are digitally composed to mimic the gorgeous light in his paintings, which is a pretty effective technique to connect audiences with his work.

While I can see why they gave Spall the actor award at Cannes, more than once I felt the film was a bit of a life support system for his performance—we see him in his relationships with other artists, with patrons, with women, but no one really manifests in the film like he does. Maybe we have some sympathy for the women around him, or his father for the film’s first half, but we don’t really get to know them, and that seems a fundamental flaw—or maybe it’s just my bias against biopics or stories with one central performance and few or no others. I had a similar issue with There Will Be Blood. Overall, though, it’s a handsome production.

When I exited Park Lane 4 I ran into three separate people who all told me they were stunned by The Duke of Burgundy, that it may have been the best movie of the festival. Damn it!

For my second film, I went to see The Salvation. Since I’m half Danish I never pass on the opportunity to see a Danish film, and this one’s a western! Another plus: The talented Anders Thomas Jensen co-wrote the thing, and he co-scripted a number of Susanne Bier’s best films, as well as Lone Scherfig’s underappreciated Wilbur Wants To Kill Himself.

Mads Mikkelsen plays Jon, a Danish soldier who heads to America to make a fresh start, along with his brother, Peter (Mikael Persbrandt). When Jon sends for his wife and son, they’re murdered on arrival. Jon takes his revenge, but the murderer is the brother of a local heavy named Henry Delarue (Jeffrey Dean Morgan) who’s been terrorizing the local town on behalf of oil interests who want to buy up all their property. Delarue is also holding in his camp a mute woman, Princess, played by Eva Green.

Yes, this is a Casino Royale reunion! Like I didn’t have enough reason to choose to see the film. Eva Green has pretty much lifted every movie she’s been in this year. She single-handedly made watchable 300: Rise Of An Empire and Sin City 2: A Dame To Kill For.

The Salvation is basically a straight-ahead revenge western—shot in South Africa with added Scandinavians. It’s also quite heavy on the CGI, with plenty of green-screened landscape, especially in the night scenes. Interesting choice, that. It does create a certain peculiarly faux atmosphere, but I didn’t find it detracted from the storytelling. The twangy son-of-Morricone soundtrack helped to seal the western deal for me, and Kristian Levring, the director, has a great way with dolly shots and framing, heightening the drama.

Even totally silent, Green is great in the film. But really, it’s Mikkelsen’s picture. He has one of the great scowls in cinema, utilized menacingly and frequently here. And come on—it’s a Danish western! It’s worth seeing for sheer novelty value. I had no regrets about it.

Thursday is the last day of AFF 2014. Hard to believe it’s all over so soon.