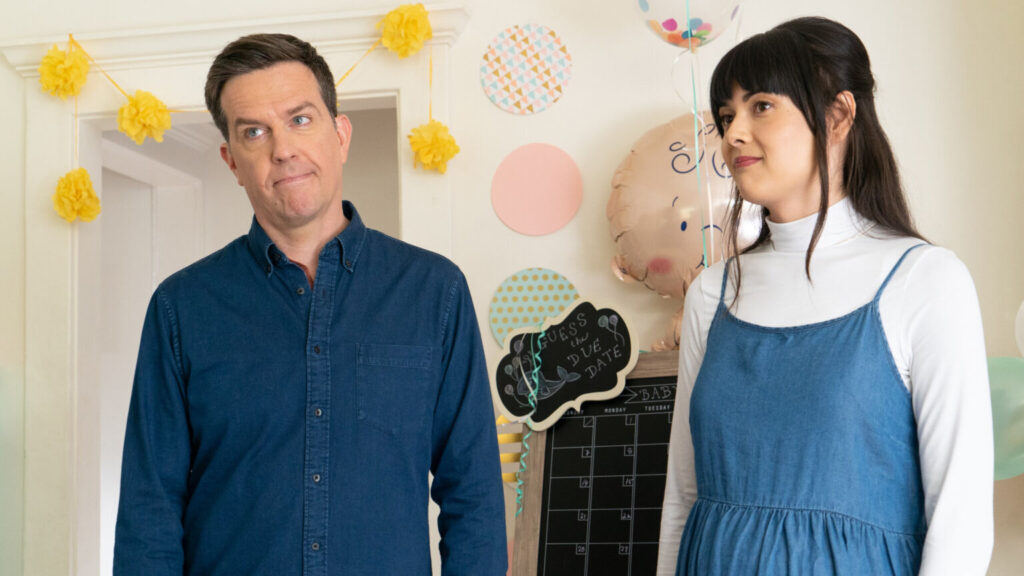 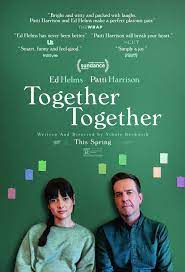 It’s a rare thing when I’m struck by such violent ambivalence, but here we are.

I found Together Together deeply frustrating while simultaneously being kind of charmed. Hopefully, as I navigate through these conflicting feelings on this post there’ll be something here that will be useful for you, potential audience for this movie.

It’s the story of Matt and Anna, played by Ed Helms and Patti Harrison. He’s a 40-something single guy who was with someone for a long time, but it didn’t work out. Now he’s alone and wants a child. She’s a Millennial who once gave up a child for adoption when she was a teenager and is estranged from her family, and while it’s a little unclear why she’s choosing to become a surrogate — aside from the money — here she is, carrying Matt’s child. 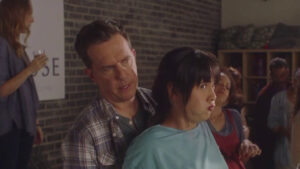 From the start, Matt is the quintessential 21st Century milquetoast sitcom dude, a well-meaning schlub, but also kind of hopeless — though he insists he’s entirely hopeful — while Anna is quirky and smart, even as her default mood is sullen. We’ve seen these character types in a dozen TV series: Not so secretly needy, but with mega-capabilities for love in endless scenes of awkward interactions poorly passing for wit.

This is a bit of sidebar, but when will the age of awkward comedy be over? It was launched (and reached its apotheosis, arguably) with the British version of The Office. Since then it’s been driven into the ground with any number of American network shows that followed. The horse has been beaten to death. In this film, indebted to this style, it’s too often both painfully unfunny and an excuse for bad writing. 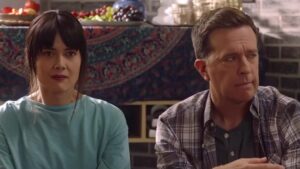 What also grates here is an undercurrent of smug self-satisfaction that’s invested in deeply traditional ideas around the joy of children and the loneliness of single people. Maybe as a child-free person I just can’t relate, but Together Together forefronts family values to a fault, mostly through Matt’s determination to have a kid but also with the celebration of human beings’ ability to reproduce as if it’s some kind of miracle. Just like every other animal on the planet.

Matt observes that his friends are either paired up with their own families or clinging desperately to their youth. Even one healthy example of a character who offers an alternative to that assumed binary might have given this more depth. Matt himself doesn’t qualify — he’s clearly more desperate to leaven his loneliness than actually making a proactive decision around surrogacy and children, an obvious issue that’s never really explored. We also get a host of therapy group scenes rife with clumsy stereotypes. 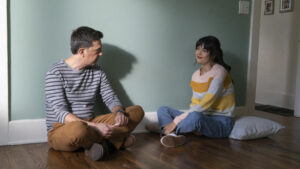 The film first presents Anna as this cultural rube who’s never watched an episode of Friends, but who then offers a thoughtful and cutting takedown of Woody Allen’s Annie Hall and Manhattan. That’s a legit opinion, character inconsistency aside, but what about this movie’s Allen-esque white-on-black typewriter title font and its storytelling structure the New York filmmaker basically perfected decades ago? Criticize all you want, but don’t borrow from him while you do it.

Saying all this, what ends up working for Together Together is an unorthodox, cross-generational relationship, unlike much we’ve seen in American movies. It’s structured like a romcom but  romance isn’t the thing bringing these characters together — it’s a modern scenario of convenience and common interest that actually pushes against some of those traditional values I mentioned above, with lots of opportunity for discussions around personal boundaries, expectations, a market that serves/preys on people who want children, and the social arena where loved ones feel entitled to weigh in. And the supporting cast is stellar, including the always-welcome Fred Melamed and Tig Notaro. 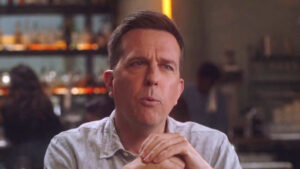 Helms and Harrison are just great. Despite my deeply mixed feelings about the movie they’re in, I was a bit sad when it was over. I wanted more with them, to see how the relationship changes after the arrival of the child (who they’ve dubbed “Lamp” to avoid any gender confusion). They made me glad I saw Together Together, even as the picture frequently pissed me off.

One last remark: Reading about the film after the fact I learned a key actor is trans. This does increase my (begrudging) affection for the picture — not only in the thoughtfulness in the casting, but in the achievement of the performer. Way to go.