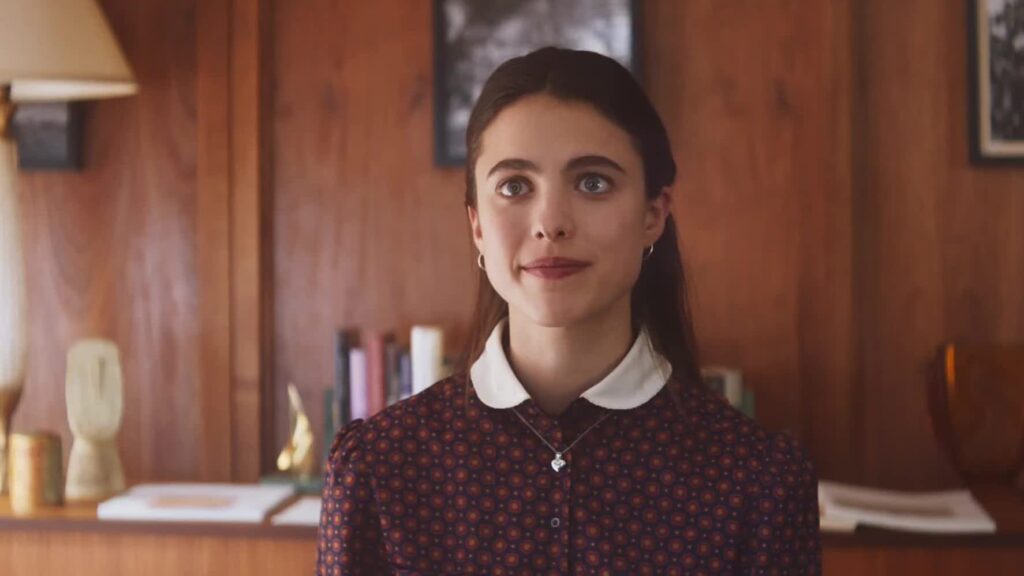 Directed by Philippe Falardeau | Written by Falardeau, based on the novel by Joanna Smith Rakoff | 101 min | Crave Plus 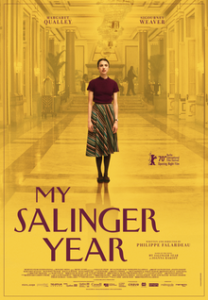 There’s the Coming Of Age movie, the Ambitious Youth Comes To The Big City movie, and the Fish Out Of Water movie, and My Salinger Year is a cross section of all three. It’s also got the tang of autobiography, swirled in with a dollop of The Devil Wears Prada and a cup of Working Girl, which also, and probably not coincidentally, starred Sigourney Weaver. My Salinger Year isn’t quite up to the standard of either of those, but it’s no hackwork. It’s got a style of its own, it just takes awhile to manifest its best colours. 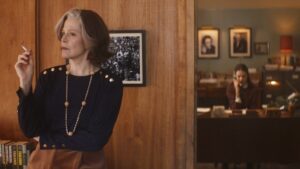 It’s not so hot out of the gates, however. Joanna Rakoff (Margaret Qualley, who should be a star any day) is keen and coltish, a poet who bails out of Berkley, leaving behind a boyfriend, Karl (Hamza Haq), who she doesn’t have the decency to break up with, and moves to New York. It’s 1995, and she can afford an apartment so long as she shares it with an asshole new guy, Don (Douglas Booth, good at loathsome), who’s also a writer. She lands a job as an assistant at a literary agency working for the mostly nasty Margaret (Weaver), where they eschew those popular new computers for an old-fashioned way of doing things — it’s very tweedy and wood-panelled. Naturally, the agency represents JD “Jerry” Salinger, who’s finally writing again. 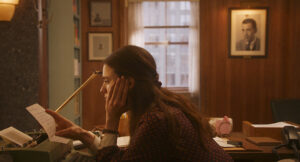 So far, so meh. Qualley is charming enough, but also vain and clueless. There’s not enough at the start to distinguish this from any other New York movie about the callow dreams of youth you’d care to mention, with the possibility that Falardeau (still best known for Monsieur Lazhar), shooting in Montreal, lets that city’s character predominate.  (The always lovely presence of Canucks Colm Feore and Leni Parker might help give it away.)

There’s also the slightly depressing realization that the mid-’90s is a period piece: the era-accurate wardrobe, especially on Qualley, is a testament to a lot of awfulness. 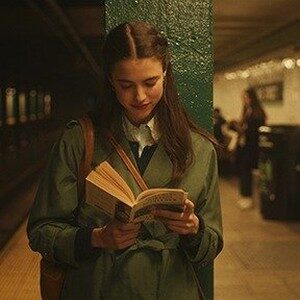 But, something happens around mid-movie, and things shift. Joanna starts to recognize she’s a glorified secretary, and finds herself identifying with the all the correspondence she gets from Salinger fans, letters she’s ordered to destroy — Mr Famous Hermit Writer doesn’t want to be bothered with fan mail. But, his fans are lost, trying to find their best selves, identifying with Holden Caulfield, mostly, a character in a book Joanna hasn’t read. She gets it, though. They start showing up in her mind and in her apartment.

The engagement also arrives in Qualley’s performance as she starts to make decisions for herself indicating a modicum of self-respect. It’s easier to like her as she faces up to a few challenges and shirks her illusions, while the narrative allows her particular vision to manifest. The third act includes an utterly delightful fantasy dance number — it would’ve been just as welcome in the first, but better late than never — while the heartfelt score (by Martin Léon) does a lot of the heavy lifting. 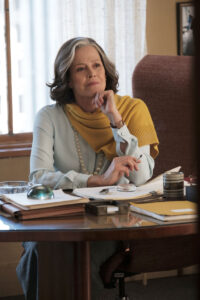 It won’t change your life, but My Salinger Year finds its way and sticks its landing, neat and on point.