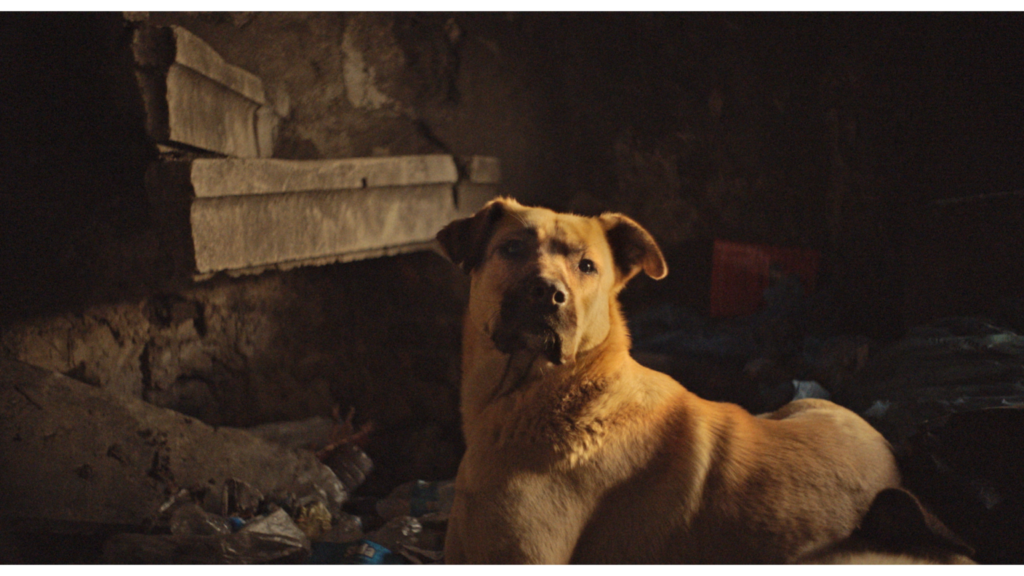 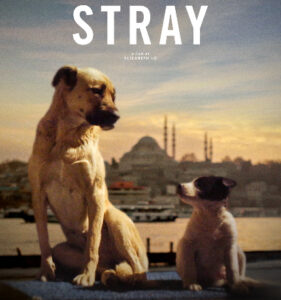 Five years ago when an audience could gather together in person in the screening room at the Museum Of Natural History on Summer Street,  Carbon Arc Cinema programmed a documentary called Kedi about cats living on the streets of Istanbul. A delight for feline fans, the film was easily the most beloved picture in the history of the cinema. We brought it back again and again by popular demand, as they say.

Stray is a fascinating counterpoint to Kedi. The filmmakers of the cat-centric picture told a story about the cats’ distinct personalities as seen through the eyes of the Istanbulites with whom they interact. Elizabeth Lo  has somehow accomplished the opposite, a look at humans from the knee-high perspective of a dog. 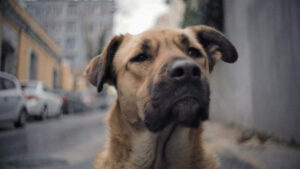 Stray follows the pooch, who they call Zeytin, as she hangs out with other dogs like Nazar and the puppy, Kartal. The dogs wander through the Istanbul days and nights, the docks and alleyways, the tourist crowds and political marches. They share a peculiar confidence — lying in the middle of the road as people and cars go by — and explore the margins of the city with construction workers and kids who sniff glue. We get a passing notion there’s an election on. Stuff happens. Zeytin carries on without fear or judgment.

The film ends up both an examination of mundane urbanity and the broad, unknowable arbitrariness of life. The universe doesn’t care what you do and neither does Zeytin. A dog will be content to eat, sleep, shit, play, and occasionally, fight, no matter what. 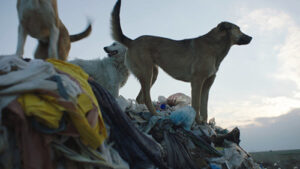 Watching the film I couldn’t help but wonder: how did they keep track of Zeytin and the other dogs? And how did they shoot the film without Zeytin constantly paying attention to the camera crew? The technical achievement here is remarkable in that it’s largely invisible.