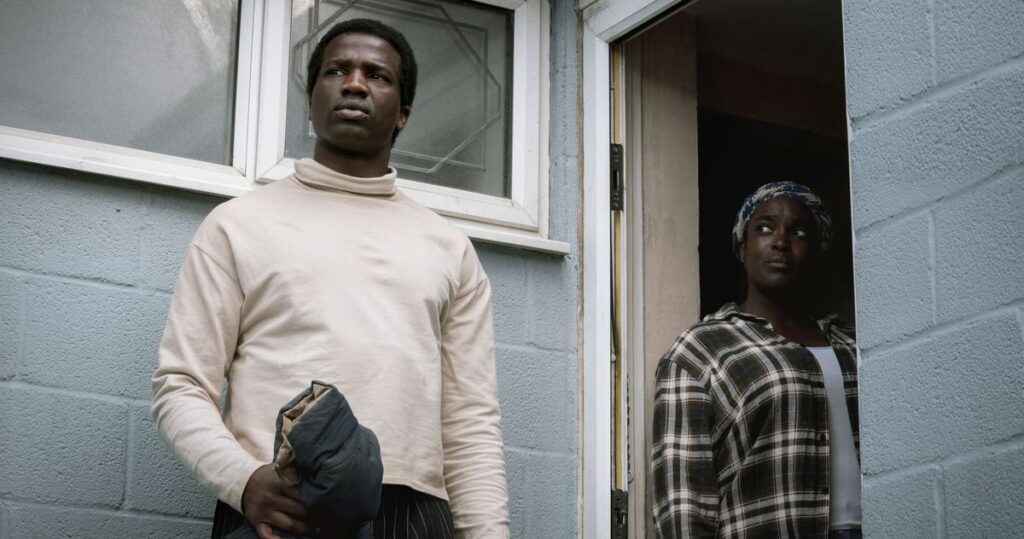 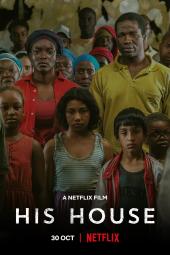 It’s a horror, but initially, the horror comes from the way the English system treats a couple, Bol and Rial Majur (Sope Dirisu and Wunmi Mosaku), refugees who’ve escaped from South Sudan, made the dangerous journey across the water, and lost their daughter in that water on the way. They’re released from detention to a barely habitable shit hole, a row house in some council estate, shown around by a landlord (Matt Smith) who encourages them to “be one of the good ones”. 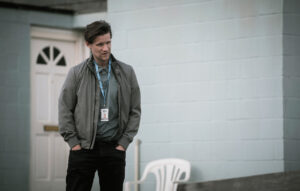 His House forefronts a little humour, which is well appreciated, but the film is unblinking in its depiction of a rough place in British society. The refugees find no relief from the xenophobia and mistreatment, even from the kids who look like them. 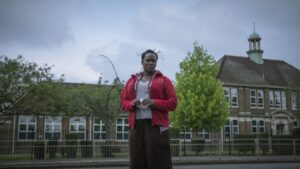 It’s not long before Bol begins to notice there’s more wrong with their home than just shoddy electrical, holes in the walls, and insect infestation. It’s haunted, but the scares are entirely specific to the couple and what they’ve been through to get there.

As an allegory for trauma, for survivor’s guilt, it’s entirely effective. And terrifying because we’re not restricted to the house — we flash to visions of the ocean at night and terrible times back in Sudan, imagery that’s fresh and potent. We also learn of the supernatural folklore as part of their Sudanese heritage. 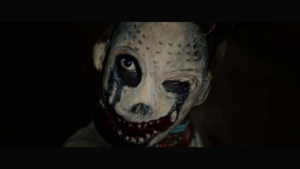 For a movie like this to work at all, to deliver the scares, it needs great editing, which it has, and a terrific sound department, which it also has. That, and it’s gorgeous to look at — a nightmare brought into the day and well-told. It’s so good, in fact, it’s practically an indictment of haunted house movies themselves, which don’t tend to be about anything but scares. Here’s one that’s actually about something other than things that go bump in the night.

And at its centre, two entirely plausible performances. Powerful stuff all around.