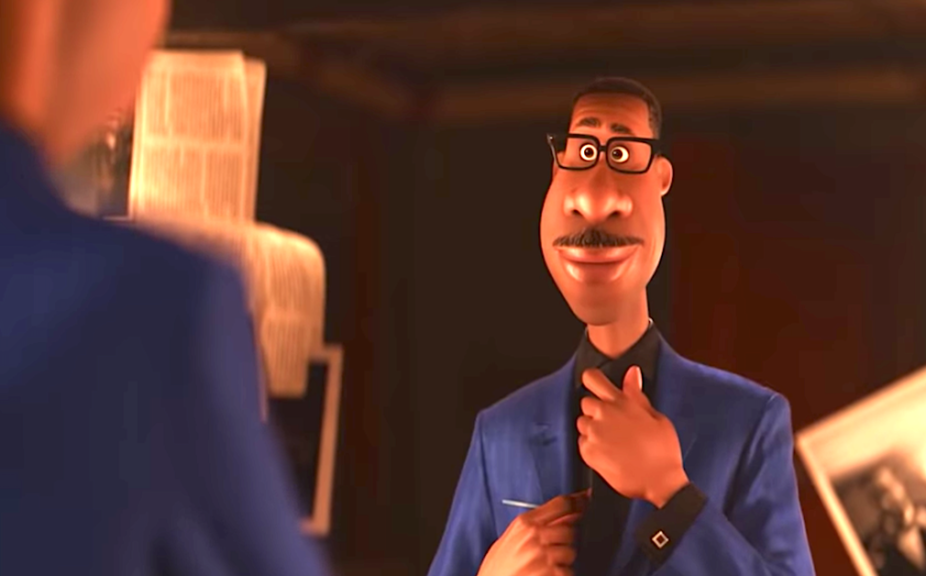 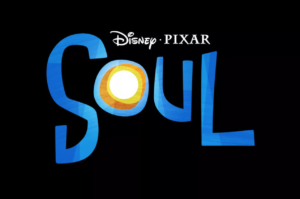 What have we learned about the wizards at Pixar in the past 25-or-so years? When the Disney-owned, San Francisco-based, digital animation filmmakers are on their game, they’re some of the best storytellers working in the movies. Ratatouille, Up, Wall-E, and Coco are just some of their jaw-dropping work that appeal to all ages.

Soul suggests they’re still very much reaching over the high bar they’ve set, for the most part. It’s wildly ambitious and metaphysical for a movie presumably aimed at a young audience — that’s not unusual for this crew, see Docter’s Inside Out — and it borrows liberally from the Japanese anime genius, Hayao Miyazaki. Whether it’s entirely successful is debatable, but it’s hard to deny an impressive effort. 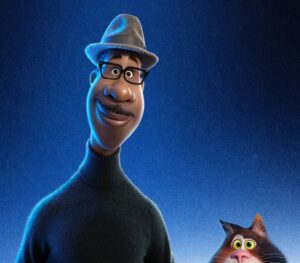 The biggest challenge for audiences — whether kids or more, ahem, mature — is the opening act.  This movie is front-loaded with enough rule-describing exposition to choke a whale.

Let’s see if I can explain the set-up: Joe Gardner (voiced by Jamie Foxx) is a New York middle-school music teacher who from childhood dreamed of being a working jazz pianist, but he never quite got his shot. One summery day in the city — New York is vibrantly illustrated, once again Pixar ups its visual world-building — he gets a call from a former student, Curley (Ahmir-Khalib Thompson a.k.a. Questlove) to audition for a top jazz singer, Dorothea Williams (Angela Bassett). He gets the gig and promptly dies, which put his soul on the road to The Great Beyond.

Joe claims there’s been some big mistake, and fights to get back to his body. He stumbles onto a spiritual outpost, the Great Before, which is a bit like a Soul Kitchen — new souls get baked up here, prepped for life on Earth. The (mostly benign) bureaucracy in this place is represented by towering and abstract administrators/teachers/bean counters with names like Jerry or Terry, ably characterized by Rachel House, Alice Braga, and Richard Ayoade.

You still with me? 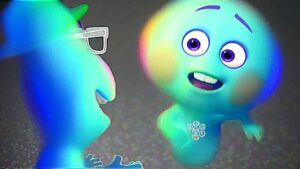 Joe discovers a mentorship class, which gives him possible path back to his life. If he can help deeply contrarian Soul #22 (Tina Fey) find her spark — her purpose for being on the planet — he might be able to get back himself. But 22, by her own description “a theoretical construct in a hypothetic way station between life and death,” has had some of the best mentors throughout history, and still hasn’t found that missing piece of purpose.

Together Joe and 22  venture into yet another parallel dimensional realm, the place people go when they’re “In The Zone”, which also happens to be the place where creepy, monstrous Lost Souls reside. With the help of Pirate Captain Moonwind (British chat show king Graham Norton!) Joe and 22 make a play to get to earth. 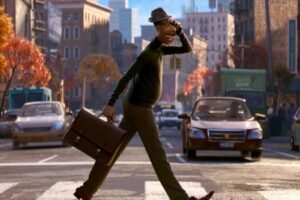 If you’ve been able to keep up, full marks to you. I was a little flabbergasted by all this. It’s essential prep for the romp to come, and I was surprised how much of it stuck. From here on the film is a broad body-swap movie, the likes of which I’ve been seeing a lot of lately. involving a talking cat and Joe’s desperate efforts to make it to that dream gig. 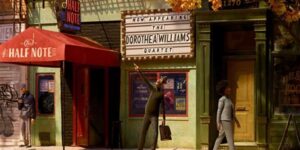 Despite this head-scratching convolutions, thematically, the film is a laser. It’s about how to best enjoy life, to  be your most present self, to appreciate simple joys. Soul is especially good at that, and while I’m still mulling over some of the plot mechanics — like why Joe’s mother, Libba (Phylicia Rashad), would be so opposed to his pursuing a jazz career in the evenings if it doesn’t conflict with his secure day job — a movie that resolutely expects its audience to keep up with its complexities is worth celebrating.

I will say, and this is a spoiler, so heads up: If Joe hadn’t gotten back to earth at the very end, Soul would’ve been devastating, and maybe even better. I sort of wish they’d gone that way, but as a sweet story about how to enjoy life I guess we all deserve a second chance.

One other thing to note, and that’s the score. If you’d told me in 1995 that the creative force behind Nine Inch Nails, Trent Reznor, with current musical partner Atticus Ross, would be doing the music for a movie from the company that made Toy Story, I would’ve laughed in your face. Even louder if you told me it sounded a little like Asia and Enya. But, I might’ve believed you if you told me it was still one of the best scores of the year, especially with  jazz compositions and arrangements by Jon Batiste.