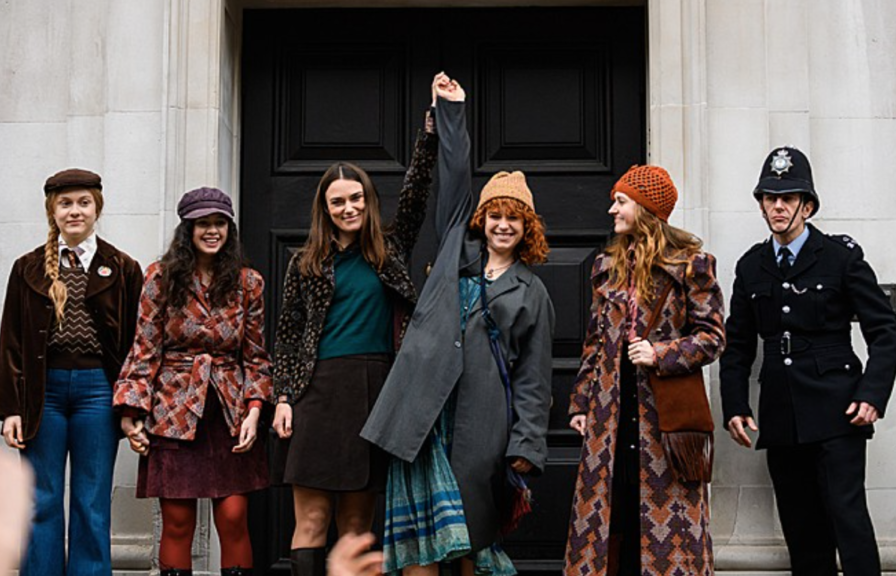 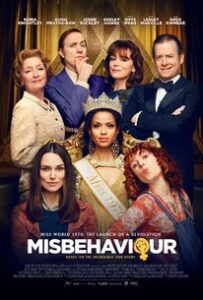 With one of the year’s sharpest scripts, this largely unheralded British picture hits all its targets while delivering a cheer-worthy entertainment. It tells the story of the 1970 Miss World contest in London, and how activists from a local wing of the Women’s Liberation Movement disrupted the televised events. 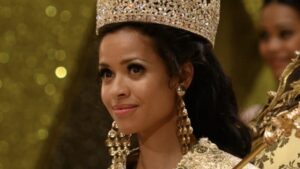 What really impresses is how the film gives us clear access from multiple perspectives, prioritizing the experience of very different women with a lightness of touch: Keira Knightley’s Sally Alexander, a recently enrolled mature student, going back to school following motherhood and divorce, gets help from her mother (Downton Abbey‘s Phyllis Logan), and boyfriend. While she struggles with sexism in the esteemed halls of academe, she finds some personal satisfaction with a group of activists led by firebrand Jo Robinson (Jesse Buckley), who prefers her activism armed with a can of spray paint and a stack of leaflets. 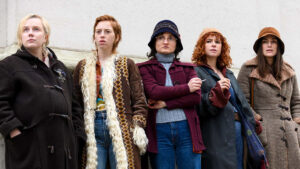 We also get to know Eric and Julia Morley (Rhys Ifans and Keeley Hawes), the organizers of Miss World. Eric’s old school who, as Julia puts it, thinks it’s still the 1950s, while Julia recognizes it’s important to welcome more people of colour to the event. They’ve also invited American entertainer Bob Hope (Greg Kinnear with a ski-slope nose) to host. He’d done it a decade earlier but his bad behaviour followed him home, much to the chagrin of his long-suffering wife, Delores (Lesley Manville, who does amazing work with about three scenes). 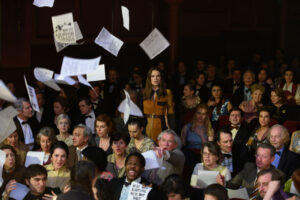 And then there’s the contestants themselves — we see their perspective, most prominently Jennifer Hosten aka Miss Grenada (Gugu Mbatha-Raw). 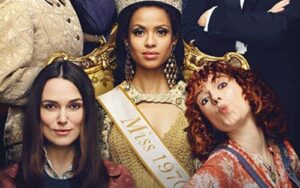 The film deftly shifts perspective from character to character without over-simplifying the social dynamics. For instance, at a press conference a journalist asks the two women from South Africa — one white and one Black — how they feel about representing the racist regime, but he’s chastened by Julia Morley for asking a political question. Clearly unaccustomed to being challenged by a woman, he responds, “Let’s see your legs!” That’s when Eric Morley throws him out. 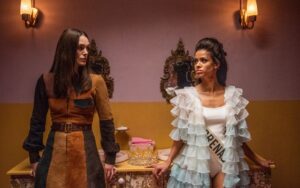 A scene late in the running does a terrific job of illustrating basic intersectionality, with an albeit unlikely meeting between two characters who probably never would’ve had the opportunity to cross paths otherwise. 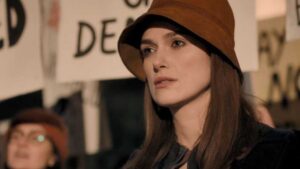 Somehow, Misbehaviour walks a razor edge between being critical of this deeply sexist culture, while also celebrating the contestants with an almost sports-movie level of crowd-pleasing bravura, and it never feels like hypocrisy. It’s a wonder of writing for the screen.