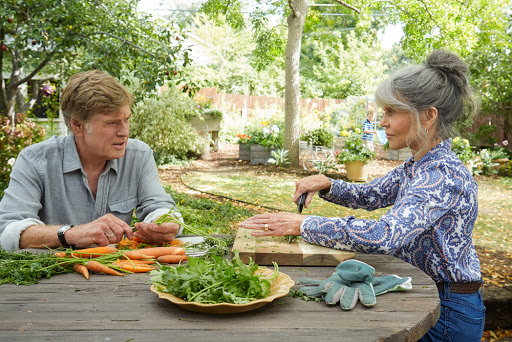 Directed by Ritesh Batra | Written by Scott Neustadter and Michael H. Weber, from a novel by Kent Haruf | 103 min | Netflix 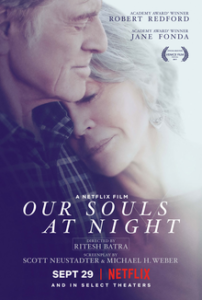 For readers in Halifax, here’s the quintessential Oxford movie — remembering the kind of prestige drama programming aimed at local senior citizens at the much beloved, much missed single-screen cinema in town. 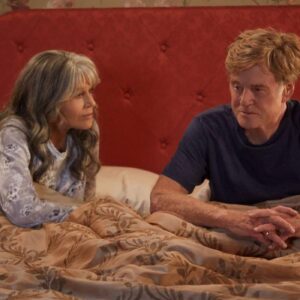 It’s an easygoing romantic drama starring Jane Fonda and Robert Redford — stars of The Chase (1966), Barefoot In The Park (1967), and The Electric Horseman (1979) two of those three now screening on The Criterion Channel — as small-town neighbours Addie and Louis who, finding themselves alone late in life,  choose to keep each other company in the evenings. This even though it causes a ruckus in the town full of seniors just like them, and that even though they’re not having sex. Things are further complicated — though, not too much — by the arrival of Addie’s grandson (Iain Armitage), dropped off by her son (Matthias Schoenaerts, trying to hide his accent), and a dog. We also get moments with Judy Greer and Bruce Dern, who starred with Fonda in They Shoot Horses Don’t They? in 1969.

Take a look at this photo of Fonda and Redford from Barefoot In The Park, which came out 50 years before this one did: 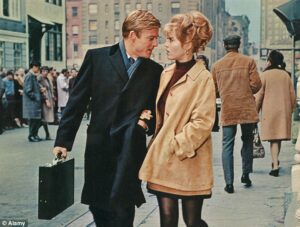 It’s great seeing these two veterans working together again after so long. They’ve both stayed busy and have nothing left to prove, so you get the sense they’re doing this because they really enjoy it. 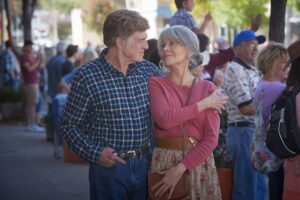 I will say that most of the things I’ve seen Redford acting in through the past couple of decades, he’s cornered the market on the elder introvert, taciturn or otherwise, whether it’s his sailor in All Is Lost, his Bill Bryson in A Walk In The Woods, or his gentleman bank robber in The Old Man & The Gun. Here he’s typically stolid. This while Addie is the forthright, brave one. Both cast to type, I suppose.

Not a lot happens in the film, but its absence of real narrative fireworks isn’t much of a debit to its pleasant vibe. It’s a showcase of masters at work.