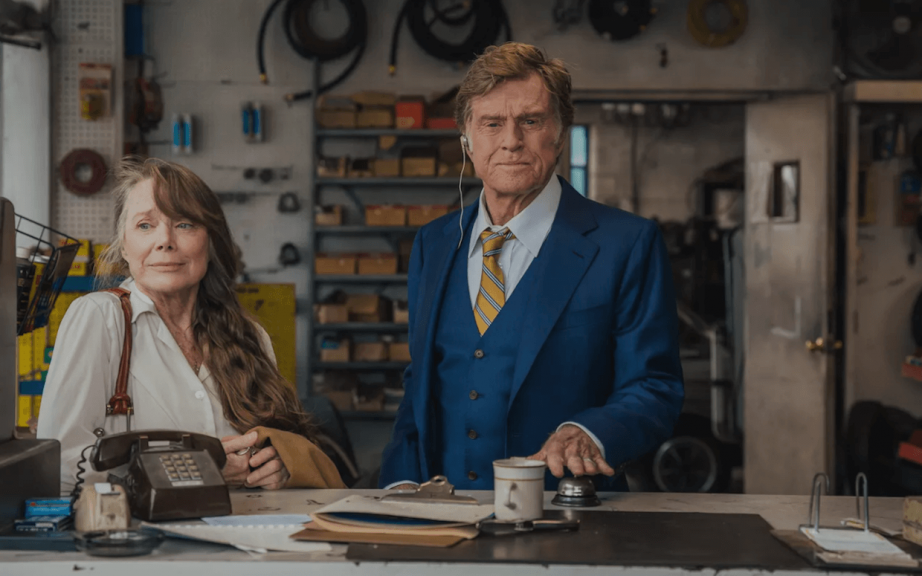 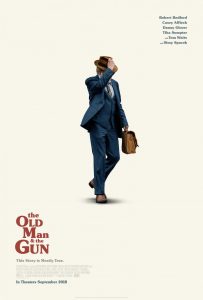 Few  icons can cast Robert Redford’s cultural shadow. We’ve known his work for more than 50 years as a leading man, director, and filmmaking force, founder of the Sundance Film Festival. This utterly disarming feature film is purported to be Redford’s last as an actor—accounts of whether those reports are accurate vary—but I can understand why he’d choose The Old Man & The Gun to be his on-screen swan song. It’s a light confection, but made with such reverence and charm you can’t help but enjoy it. 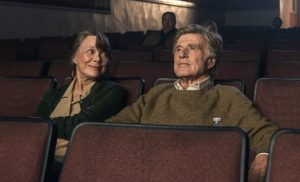 The film plays off Redford’s presence and body of work the way Steven Soderbergh did with Terence Stamp and Peter Fonda in The Limey, or the way John Carroll Lynch did with Harry Dean Stanton in Lucky, including images of the man in his younger days, even a moment from an earlier performance, while reminding us of his undiminished charisma and ability to carry a film . 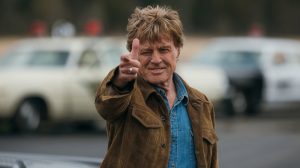 The picture is based on the true story of Forrest Tucker (Redford), a model of unabashed and chronic recidivism. If it is be to believed, he broke out of prison 16 times in his long life of crime. When we pick up with him in the fall of 1981, the senior citizen’s just robbed a bank, and while making his getaway he helps out a stranded motorist, Jewel (Sissy Spacek, also terrific). He’s a sweet guy, Mr Tucker, and he’s embracing what he loves to do. He and Jewel get to know each other, and he admits his unusual profession, which naturally she doesn’t quite believe. Meanwhile, a family man and police officer who just turned 40, John Hunt (Casey Affleck), is looking for Tucker and his gang. Yes, he has accomplices, Teddy (Danny Glover) and Waller (Tom Waits). 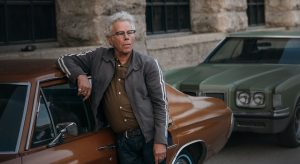 I could’ve spent all day with these people. I want a 10-part TV series about Tucker and his buddies, how they got together, what scams they pulled, and how they got out of jail all those times. I’m predisposed to Mr Waits, but he really gives a gem of a supporting performance here—it’s great to see him back on the big screen. Hunt’s family are also a lot of fun, Tika Sumpter as his wife, Maureen, and kids Ari Elizabeth Johnson and Teagan Johnson. I love that they’re a mixed race family, but that isn’t any kind of plot point. Of course Redford and Spacek are excellent together, bringing a delicate warmth to all their scenes, and a solid single-scene cameo in the second act brings another familiar and welcome face to the screen. 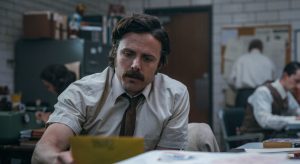 A picture like this, with such good feeling, does tend to risk an absence of real conflict, but it’s here in the nuances.  It’s between human beings and time, between age and youth. Tucker has his list of things he wants to do in his life, and he’s convinced he doesn’t need to rush to do it all. He’s also someone who’s very sure of who he is, and he’s not liable to change anytime soon. Though Redford may retire from being on camera after this film, somehow I wouldn’t be surprised if he isn’t pulled back for a few more jobs. Just like Tucker, he clearly loves doing what he does. 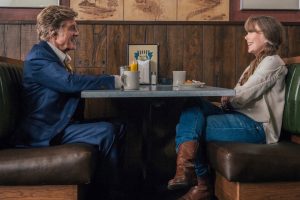 Director Lowery is the MVP, here. I was in the minority of critics who weren’t fans of his well-reviewed 2017 supernatural drama A Ghost Story, but this time he’s really nailed it. He’s matching the look of films from the ’70s—major nods to Butch Cassidy and The Sundance Kid and Two-Lane Blacktop—with the soft, grainy visuals, while the production design perfectly captures the trashy disposability of the era in the wardrobe, hair, and locations.