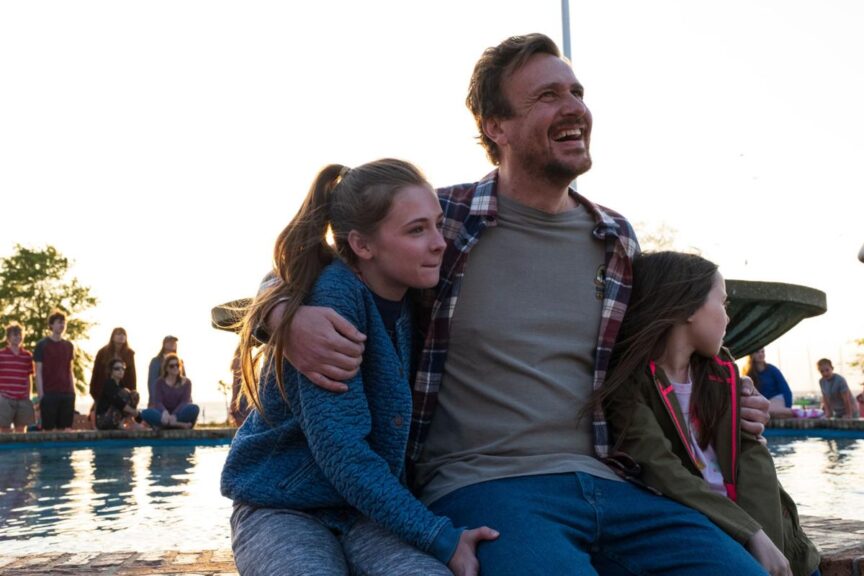 Directed by Gabriela Cowperthwaite | Written by Brad Ingelsby, based on an article by Matthew Teague | 124 min | On Demand and Amazon Prime 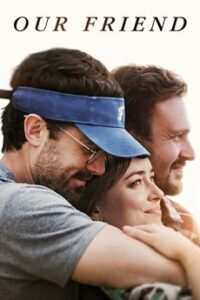 Our Friend is apparently based on a true story,  originally documented in an award-winning Esquire article by foreign correspondent Matthew Teague. I’d like to read that piece, because I’d like to know how this adaptation went so wrong. Apparently, the film wasn’t embraced by critics back at TIFF 2019. I’m sorry, Mr Teague, but I won’t be giving it much love, either.

It’s a tale of unhappy people being mostly terrible to each other, with the exception of Dane (Jason Segal). He’s a pathological saint with a mild depressive streak, as generous as the couple who he’s helping, journalist Matt and actor Nicole (Casey Affleck and Dakota Johnson), are self-involved. Dane’s unexplained commitment to these largely unpleasant people ends up making him look like a kindhearted putz.

That’s not the only thing that capsizes this movie, however, not by a long way. 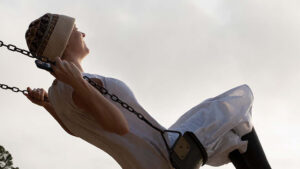 The inciting incident is set up early: Nicole has terminal cancer. We’re then put through a series of confusing and arbitrary shifts in the timeline, jumping back and forth in these folks‘ relationship. It’s a forward-momentum killing drudge, but eventually the narrative does settle in the final months and days of Nicole’s life. Dane becomes a kind of live-in helper and babysitter to Matt and Nicole’s two girls, providing all-around emotional support.

Our Friend‘s biggest crime is it serves up the most syrupy drama this side of a Disease Of The Week movie, with all the appallingly on-the-nose dialogue and choking sentiment you’d expect from one of those weepies, but starring actors who all should know better.

Adding insult to injury, the film also ladles on a strummy score, the kind that went out in 1970 with Love Story, the original soppy cancer drama, and then has the nerve to use Blind Faith’s “I Can’t Find My Way Home”.  That’s a song way too good for a movie this hackneyed, and it’s applied in a scene of someone driving. Come on! 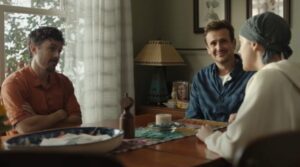 On the plus side, and it’s a small plus, Gwendolyn Christie wanders in with a German accent, offering one of the only moments of humour in the whole movie before spoiling it with a burst of implausible intuition. (At one point Affleck says he’ll punch a guy wearing an Elvis In the ’70s costume, that was kinda funny.) And Cherry Jones, who is always welcome, appears later on as an end-of-life caregiver.

We get some nice aerial shots of New Orleans, and the final few minutes actually turn out to be a lot more tasteful and restrained than what we had to suffer through earlier, but by then Our Friend has soured the possibility of any real goodwill. Avoid at all costs.