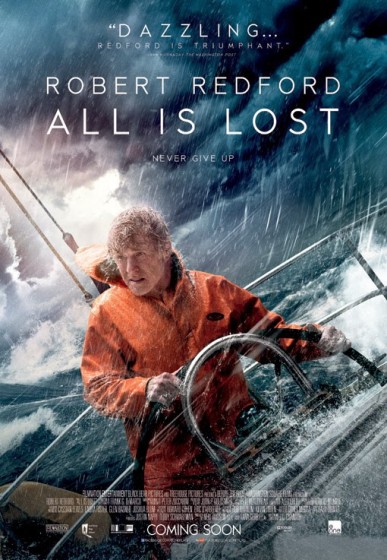 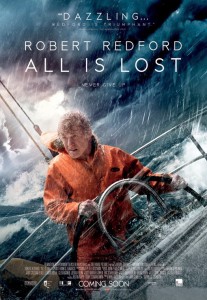 This project is something of a risk for both the director and his star.

For the former—Chandor’s first feature was Margin Call in 2011, a talky ensemble piece set on Wall Street in the moments before the 2008 financial crash. This time he writes and directs something entirely different, the tale of survival at sea, a deliberate but compelling lifeboat story with a single character and next to no dialogue. For the latter—the 77-year-old Hollywood legend Robert Redford has mostly been starring in his own directorial efforts lately, which have also been ensemble pieces—he hasn’t been expected to carry the thing. And they’ve been pretty wordy, too.

The fact that Redford’s directorial efforts in the past few years—Lions For Lambs, The Conspirator, The Company You Keep—have been met with collective critical and commercial “meh” is another issue. Through that prism, one might consider this risk a way for him to break out of that rut, to star in an independent movie the likes of which he’s been supporting for decades through his Sundance Institute and film festival. I’d say it pays off.

To frame All Is Lost within its small but notable subgenre, it’s pitched tonally somewhere between the gritty realism of The Disappeared and the magic realism of Life of Pi, and shares the solitude of Cast Away. Redford is an old man of the sea, the most we hear about him is in a voiceover off the top as his character writes a letter to loved ones. You hear the regret in his voice. And then you don’t hear it again for a long while.

We don’t know his name. He could be anyone, this guy. In that, the film trusts the jeopardy he’s in to be enough to make us feel for him. In that it’s smarter than Gravity—a film that demands a similar level of ingenuity from a protagonist stranded in an extreme environment. That was the one problem I had with Gravity, the script shoehorned in a backstory for Bullock’s character.

I like a narrow piece with so few outs. It forces you to be present in the moment, to be there with this guy as—way out in the Indian Ocean—he deals with unexpected damage to his sailboat. One bit of bad luck is compounded by another, and then another.

Chandor tells a linear story, though it’s interesting some of the directorial choices he makes. Like the in-storm sequences, there’s a very odd dream-like light, and the camera is set just off the bow, so we aren’t always on the boat with our man. I think it reduces some of the suspense or empathy you might feel, the separation, but maybe it highlights the more thoughtful aspects of the story, an observational quality.

The man in the boat, and often in the water, is clearly capable—he never panics. Whatever brought a guy at his age out here, it keeps his head level and he responds to his circumstances with a steely conviction. Redford, always a physical actor, still has grace in the way he moves, but he’s slowed by age. It’s fascinating to watch him manage both the challenges of the environment and his physical limitations. It all works for the role—you get the sense that a certain stubbornness is just part of who he is.

It’s a great piece for Redford, and it speaks to his considerable charisma and experience, a lifetime on camera. And it shows Chandor to be a versatile, creative filmmaker.