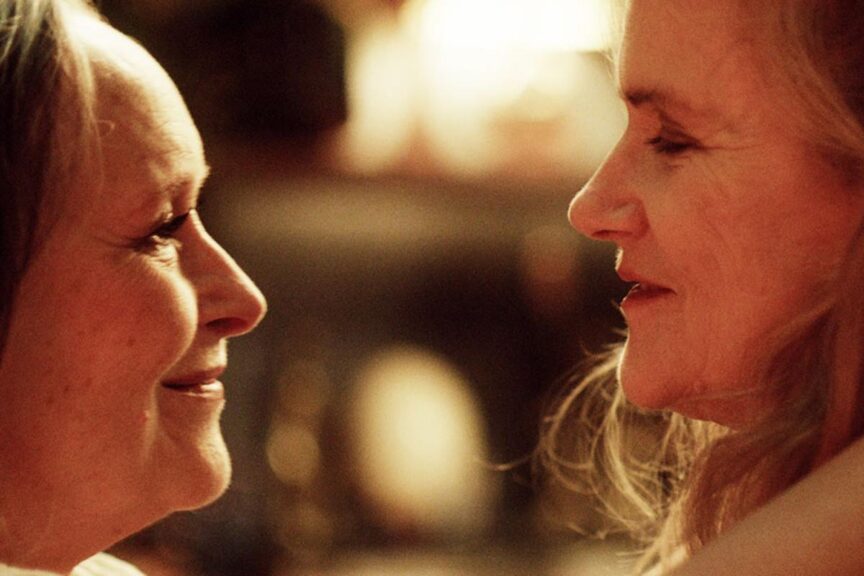 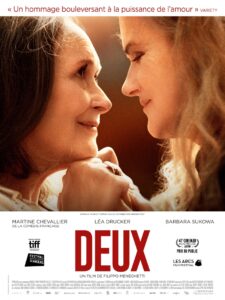 I’d read this described as an Amour for same-sex seniors, but that’s more than painfully reductive… it’s also plain wrong. Deux has something else going on. In its delicate heart it’s a late-life lesbian love story, but it’s paced and shot like a psychological thriller. 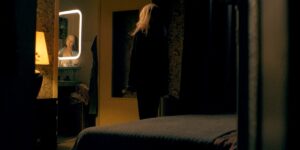 Madeleine (Martine Chevallier) is a widow who lives in a flat on the top floor of an apartment in a French town. Her adult son, daughter, and grandson visit regularly. She’s carrying a secret — she’s been in a love affair with Nina (Barbara Sukowa), who lives across the hall, for decades. Nina has convinced Madeleine to reveal the secret to her family, and perhaps run away together, but Nina hesitates. She’s afraid of alienating her kids, especially her moody son who suspects she was unfaithful to her husband, his father. But neither of her kids knows she’s in love with a woman. 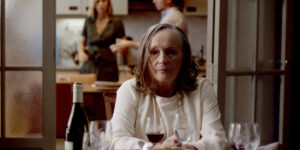 The couple’s plans are interrupted by a health crisis that keeps them apart, and then further complicates matters when one gets a controlling caregiver.

That’s when the film really takes a detour into Polanski town, with the addition of spyhole camera shots and deliberate pans and dollys. Meneghetti, cinematographer Aurélien Marra, and the film’s sound department do great work to build mood and suspense with moody nighttime exteriors and murders of crows. There are relationship dynamics at play, but there’s also a lot of external spookiness to keep you guessing. 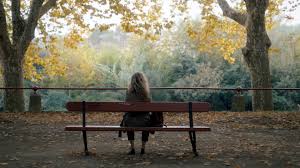 If the venal caregiver subplot doesn’t entirely work, elements like it are what keeps  the picture unpredictable, all sprinkled with moments of tart French melodrama. Deux even finds room for a cat named Bart.