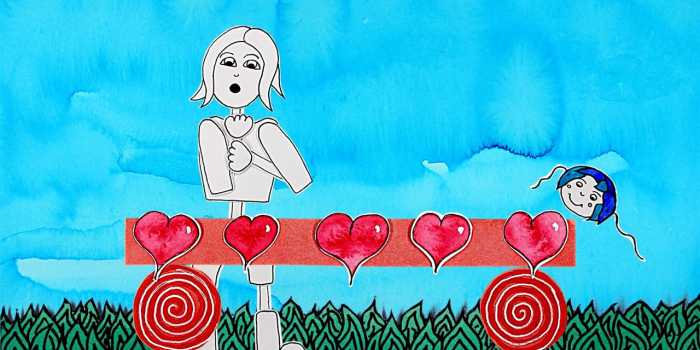 At this year’s FIN Atlantic International Film Festival I’ve taken in a couple of full shorts programs, and then a few other random shorts that caught my eye, all available online. There’s more time to watch them now the the program has been extended to Sunday, given concern around Post-Tropical Storm Teddy, which didn’t end up being such a big deal. Here’s what I’ve seen: 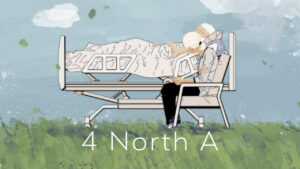 The film from this batch that really wowed me was an animated work from the NFB, 4 North A, by Jordan Canning and Howie Shia. Gorgeous, almost wordless, and shatteringly sad, it’s about a woman watching over her sick father in a hospital ward. Terrific sound editing and music help deliver a film that you won’t easily shake.

Song Of The Stevedore from Shane Pendergast is a terrific mini-doc about a forgotten New Brunswick musician, someone who, based on the music shared, deserves a much higher profile than he earned in his lifetime. Zyanya Barbara Juarez Arellano’s I Met Death, Asked Her If She Was Mexican (Conocí a la Muerte, le pregunte si era Mexicana) is a spirited short about the moment where a man meets death, who it turns out is a dark-eyed woman wearing impressive Day of the Dead make-up. Everything from the framing and production design and even the end credits has been well-considered here.

Maya Eterna from Arianna Martinez does some cool things with dance and post-production to create almost a nostalgic and dreamy music video tribute to an absent culture. Gwydion Morris’s Deadstick John is a sharp deconstruction of the superhero mythos — his super-powered lead is just barely holding it together, living in a crappy apartment, drinking from the bottle and unable to fly. Well-shot and well-acted, I want to see this turned into a feature film, or at least a comic. The only problem I had was imagining the lead, Bob Mann, in tights.

Gia Milani’s short, At the Back, is set a funeral for someone who isn’t missed. It makes for a darkly humorous tale, entirely narrated by the filmmaker, which works for the piece. The Seventh Man is a somber tale of survivor’s guilt from Shane Colin Mountain, where the spectre of death hangs over a war veteran trying to help the daughter of a comrade with her dream of harness racing. It took me a little bit to piece together the relationship between the characters, but I figured it out by the end.

I mentioned elsewhere that this is Taylor Olson’s year, and he shows up repeatedly in a number of these shorts. I counted four appearances in this program alone (and he’s in others), including his photo on the wall of one he produced — Disco Apocalypse, directed by Kevin Hartford and starring Shelley Thompson as a woman who comes out to her daughters. I really enjoyed the interpretive dance moves. Tim Beers’ Here To Help suggests the inevitable and perhaps not-so helpful use of Siri when someone’s choking. I hope it isn’t based on a true story. 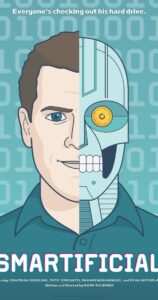 The theme of artificial intelligence is a big part of Mark Palermo’s clever short, Smartificial, shot up and down Gottingen Street and on Citadel Hill, which I seem to recall was also a location on his first feature, Killing of Kings. I felt a little bad for his “robot” actor for the grass he had to eat and being underdressed in winter, but that’s filmmaking in Nova Scotia.

If you see one 18th Century-set Gaelic-language comedy short this year, see The Unhappy Pioneers by Iain MacLeod. I particularly enjoyed the sly political content, especially in the post-credit scene. Sleeping With The Fishes from Jordan Dakota Beck Crouse is a collection of truly awful fish-related puns and some truly impressive make-up, And Beer Bowl, which comes from Tim Mombourquette and goes by waaaay too quickly, should win an award for the gorgeous cinematography. Never has a bowling alley looked so alluring.

Drew Meade’s Feelin’ Squirrelly is a fun little identity-politics riff — a dude decides he’s a squirrel and lives in the woods (near the Dingle, apparently) while his friends try and get him to come home to the city. Another Meade joint appears in this collection and it’s a nicely plotted heist picture, Wooden Nickels. There’s enough of a story here to fill a feature, about two buddies who, facing eviction, rip off a convenience store, and then get the idea of a richer target, and that’s when it gets complicated by handcuffs, infidelity, and revenge.

Rage Monster is Sarah Gignac’s animated short (screening as part of Atlantic Shorts Program 2) which details the transformation of a little girl into a house-destroying green creature who nobody likes. Once she learns how to control her anger, hide it inside, everything seems OK… or, at least, goes back to the way it was before. I enjoyed the deftness with which the little girl narrating the story handled some big words. Good fun.

Glen Matthews’ Teething is a full-on horror short (screening as part of Shorts: Canada & the World 1) about a night in what appears to be a maternity ward, where the guy cleaning the floors (the always welcome Hugh Thompson) witnesses something horrible happening to one baby, and then discovers the baby has its own bloody secret. Check it out for a lot of gross sounds and a few deeply disturbing visuals. 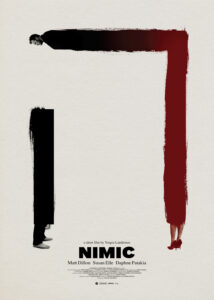 Fans of world cinema would do well to check out that Shorts: Canada & the World 1 program as it includes a new, typically absurd and chucklesome film from Greek auteur Yorgos Lanthimos and his frequent collaborator Efthymis Filippou. In Nimic, Matt Dillon plays a cellist who is followed and eerily imitated by a woman, from the subway all the way into his home. 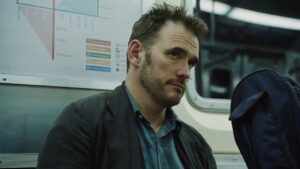 A hyper-dramatic score and fisheye lenses helps raise the surreality. It doesn’t make much actual sense, but it doesn’t matter — it’s still a treat.