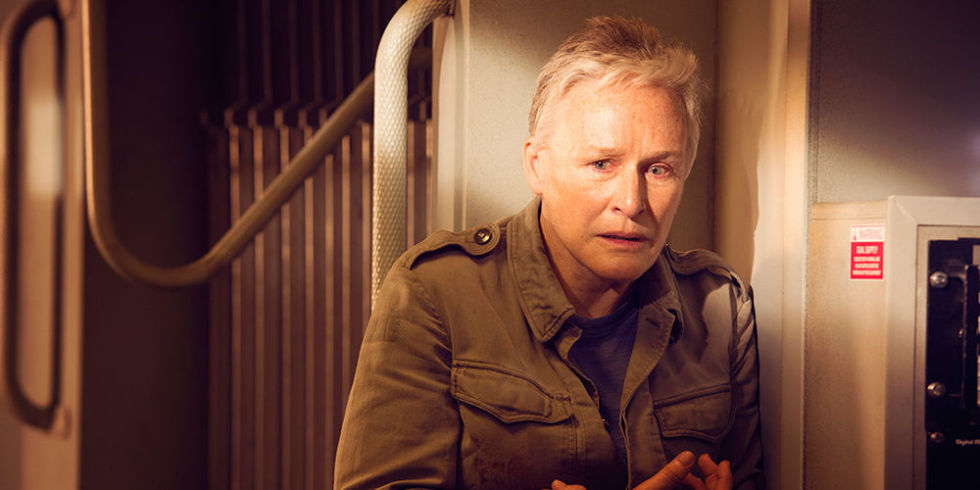 The Girl With All The Gifts is a zombie picture that delivers on all fronts while advancing its genre into fresh new hard science fiction territory. In other words, a very early and surprising contender for one of the best films of 2017.

We’re clearly in the time post-infection, and a group of zombie children—all in the tween range—are kept in what looks like a subterranean prison facility where they’re all treated like Hannibal Lector by armed troops led by Sgt. Parks (Paddy Considine), with a bit of schooling from Miss Justineau (Gemma Arterton) to check their cognition. Somehow they’ve managed to retain their personalities, even though they’ve become “Hungries” thanks to this fungal infection. Melanie (Sennia Nanua) is an especially polite imprisoned child—she greets every one of her captors formally—but she saves her real affection for Miss Justineau, even as Dr Caldwell (Glenn Close) is busy dissecting these children in her lab, hoping they hold the key to a cure for all the slavering hoards beyond the compound gates.

Former comic writer Carey—whose run on John Constantine: Hellblazer is highly recommended—knows all the rules of the zombie genre as he creatively breaks them, just as McCarthy directs with verve and just the right mix of thriller and drama, leaving room for a current of dry humour. Just when you think you’ve a sense of where this is going, it upends your expectations—it’ll lead you on with affection for its charming and vulnerable lead while regularly shocking you with the ferocity of her bloodlust. The push and pull is a real delight. All this is underpinned by an excellent electronic score by Montreal-based Cristobal Tapia de Veer, which sounds a little like Radiohead in places, and a raft of terrific digital and practical effects, turning London into a too believable post-apocalyptic landscape.

What brings it all home is a lot of heart in the performances. Everyone here shows up with their A+ game, and Sennia Nanua is a real discovery. You’ll never feel so much for someone who wants to eat your brains. The Girl With All The Gifts is in limited release this week at Cineplex, but is also available on iTunes.