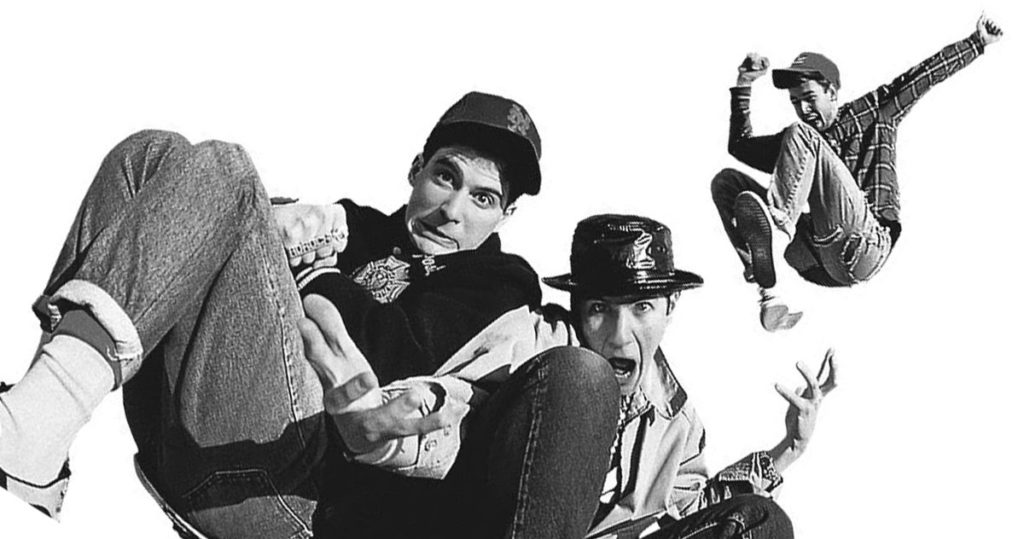 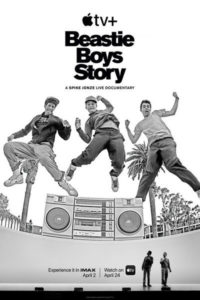 A rangy and rambling documentary staged by Jonze, a longtime fan/friend of the Beastie Boys, shot at the Kings Theatre in Brooklyn earlier this month. It’s a mix of storytelling and docu-footage, with the two surviving members of the beloved trio — Adam “Ad-Rock” Horovitz and Michael “Mike D” Diamond — on stage telling the tale of the life of the band. Their third member, Adam “MCA” Yauch, having passed away in 2012 at age 47 from cancer, is well represented in the flashback material and ends up being the heart of this thing. His two friends and former bandmates testify from the get-go that the Beastie Boys ceased to be when he died, but they had a lot of great innings. 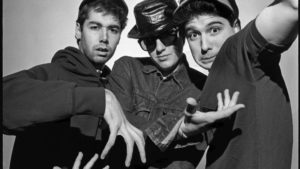 The show sparkles with a goofy, under-rehearsed energy, while taking softball lobs at the whole structural nostalgia of these kinds of projects — don’t tell me the interviews of “fans” that open the movie weren’t staged. Jonze brings more than a little splash of irony and self-awareness to the proceedings, he and the storytellers having some fun with behind-the-music conventions.

Horovitz and Diamond’s recollections are a blast, crediting early collaborators like Rick Rubin and founder Kate Schellenbach for a lot of their success. They also own the embarrassing fact they kicked Schellenbach out of the band when they moved from being punk-ass teenagers to getting props from  Rubin and Russell Simmons, who helped bring them to maximum, arena-filling success as the first big white rappers. They also own the obnoxious fact that when they first showed up with Licence To Ill they started out making fun of party bros, but became the very dicks they were spoofing. 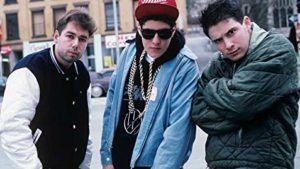 In fact, there’s a lot of apologizing, which is to the their credit. They’re Beastie Men now, and while they’ve got a lot to be proud of — they started as a joke band but ended up making a lot of terrific, era-defining music — there’s stuff to be sorry for, and you get the sense they relish the opportunity to come clean. In the end they found a way to do what they wanted — hang out, make music, and bullshit — while also having families, starting a label, owning a bicycle shop, and finding a path to relevance as musicians. 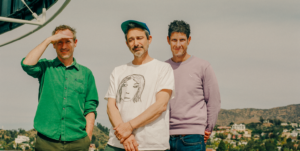 What ends up being most touching are their tributes to Yauch. They say he was a creative engine, inspiring them to take whatever they were doing to the next level. While this show/documentary is a lot of laughs, it gets real when they remember him.