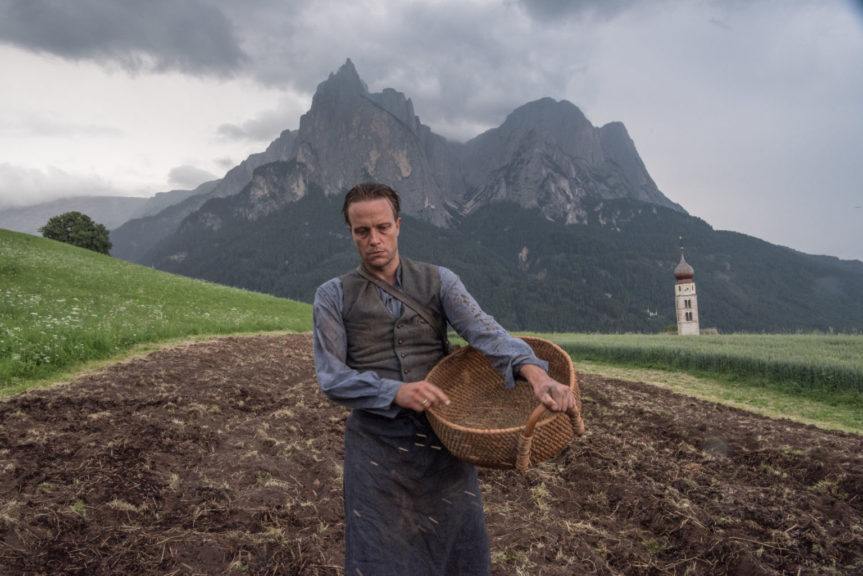 Written and Directed by Terrence Malick | 174 min | On Demand 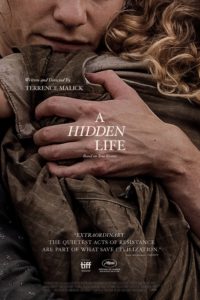 In 1939, in St Radegund, a remote mountain village in Austria, live Franz and Fani Jägerstätter (August Diehl and Valerie Pachner) and their kids. They’re staunch Catholics who work off the land, the beautiful meadows and hills over which dark clouds form, providing on-the-nose imagery suggesting the coming of war.

Franz gets trained to be a soldier, but after he returns home to his farm he experiences a crisis of conscience. He refuses to swear allegiance to Hitler, to fascism. He refuses to fight, even though his mother, his neighbours, his mayor, and his priests, they say his conscientious objection goes against God and the will of the people. This makes him and his family pariahs in their town as others go to fight and die before him. 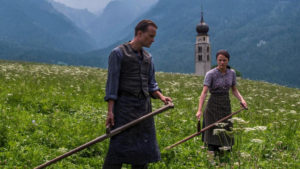 Terrence Malick’s past three films — To The Wonder, Knight Of Cups, and Song To Song — have explored love and family, the tenuousness of relationships in a gorgeous, if arbitrary universe, with a philosophical approach that feels lighter than air. I find his work is hypnotic, even while I sometimes don’t fully understand what it is I’ve experienced. I’ve described it as cinematic poetry rather than the prose we tend to get in American narrative features. 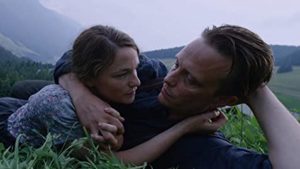 All the Malick hallmarks are present; the astonishing cinematography, wide-angle lenses — here delivered by DP Jörg Widmer — with wildlife and farm animals sharing the frame, the characters walking or sitting in tall grass, occasionally cutting it with scythes, plenty of voice-over, pronouncements and conversations about god and nature all swaddled in a lovely James Newton Howard score. We also get the late Bruno Ganz in one of his final roles. 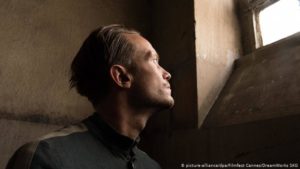 A real problem with A Hidden Life is how Malick manages a clunky cinematic convention: He’s chosen German, Austrian, and in Matthias Schoenaerts, Belgian actors to fill out his cast, and they all speak English. Diehl and Schoenaerts are OK, as is support from Tobias Moretti, but many of the cast are struggling to deliver their lines in a language that might be their second or third — and this while incidental characters speak German. I understand the English language is necessary due to the vagaries of production financing, but it really seems a poor fit for the material and its presentation. I’m not suggesting casting British or American actors to perform with Austrian and German accents would’ve necessarily made it any better: this should’ve all been in German and subtitled. The choice to do it like this brings an odd naiveté to the material, and maybe that’s what Malick intends. But the narrative suffers when the performances feel amateurish due to language issues, and the pacing is further congested by a sense of repetition in the almost three-hour running time. 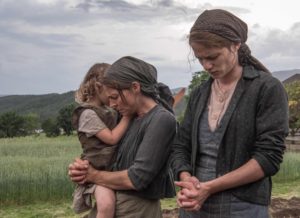 What might be the biggest issue is this: working from a true story of a man who wouldn’t compromise his principles even in the face of death, A Hidden Life presents Franz Jägerstätter as a martyr.  I have time for a study of humanity, but less patience for a story that lionizes faith-based fundamentalism, especially when we all can see the end result coming down the track halfway through the film. There’s no suspense here, and in a 21st Century context it hinges on anachronism. 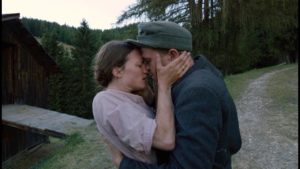 While Malick’s craft and ability to create beautiful images is as hypnotizing as ever, A Hidden Life holds audiences at arms length from emotion.