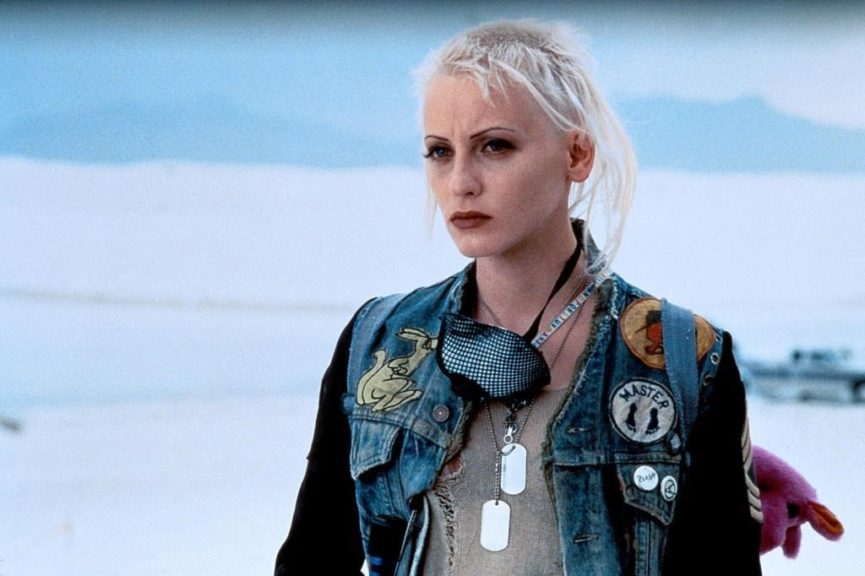 I recently shared that I’d been going through my DVDs and Blu-Rays and doing a bit of a cull due to concerns around space in a modest apartment. It’s prompted me to consider a few of the dustier movies on the shelf to see whether they deserve to stay or get traded/sold.

The question I’m asking myself: Will I watch this movie one more time? Here are a few on the block: 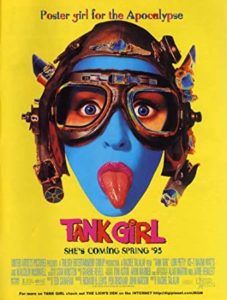 There are plenty of ostensibly awful movies that earn deserved cults around their enthusiasm and idiosyncratic detail, but few are as awful as Tank Girl. It’s based on the Alan Martin/Jamie Hewlett comic, which we’re reminded with frequent stills from the talented Mr Hewlett, but that also reminds us the comic is a chaotic and inspired post-apocalyptic goof, while the film’s director Rachel Talalay is hamstrung by a lame-ass script and the roughly $10 bucks she’s been allotted for production expenses and action sequences. All that said, the incidental pleasures that’ve earned the film affection over the years are plain to see; the 1990s fashion notes, the soundtrack (Björk, Portishead, Hole) is still bangin’,  Lori Petty is perfectly cast, Iggy Pop shows up playing a total perv, we get an Irving Berlin song-and-dance number about halfway through, and finally, Ice-T, Reg E Cathey, and Doug Jones all appear as Stan Winston-designed kangaroo men. So, yes — on the occasion of the film’s 25th anniversary I get the why of the cult, but I have to admit I’m just not in it.  Worth keeping in mind: Margot Robbie’s production company has paid for the rights to this IP, so we might get another one of these in the next few years. Verdict: It’s gone 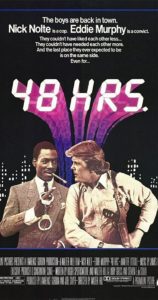 With Eddie Murphy’s 59th birthday passing last week, this seemed like a good film to revisit: Veteran director Walter Hill’s 1982 odd-couple cop picture may be a relic of another time, about as politically suspect as it gets, but it’s also set a template for a genre shift through the 1980s — throw the mismatched stars together, a few shootouts and action set-pieces, mix in a little comedy and the movie sells itself.  What’s funny is 48 Hrs is a straight-ahead cop drama through the first act — Nick Nolte’s Jack Cates is busy tracking down a couple of murderers in San Francisco as he neglects his relationship with Annette O’Toole’s Eliane. He gets a tip one of the bad guy’s buddies, Reggie Hammond (Murphy at 22, his charisma on fire), is in lockup. Cates springs him for 48 hours to help him track down the killers. 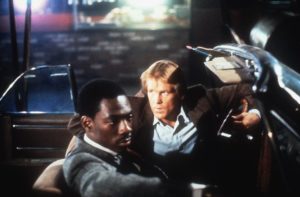 The premise is wildly implausible, but Hill’s filmmaking confidence carries the day, and it’s great seeing some of Hill’s cast from The Warriors show up, like David Patrick Kelly, James Remar, and Marcelino Sánchez, with strong support from O’Toole and Brion James. What’s gone rancid are Cates racist, homophobic jibes, but at least the movie is honest about his being an asshole, and Murphy’s every bit the star out of the gate. Verdict: Stays on the shelf 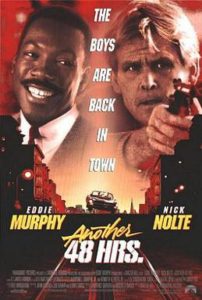 Can anyone tell me what the deal is with steel drums, or synthesized steel drums, on the soundtrack of Hollywood action pictures from the ’80s? Nick Nolte’s Jack Cates, still driving that ancient blue Cadillac, is chasing a Bay area drug dealer named the Iceman. Problem is there’s no evidence he’s anything more than in Cates’ imagination, and an Internal Affairs guy (perennial asshole Kevin Tighe) is on his case. Naturally, a clue connects the Iceman back to Reggie Hammond (Eddie Murphy), who’s just about to get out of prison and get another chance to sing “Roxanne.” 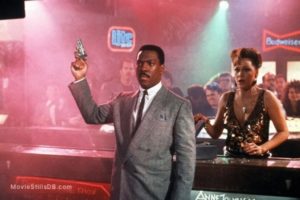 Plot-wise, most of this feels like a tired retread of a lot better movie — which is exactly what it is. As soon as Nolte and Murphy get together, their chemistry lights up the screen, and when they’re apart, which they are too often, things go slack. This while Cates is a lot less racist than he used to be, though this sequel’s probably more bro-y and sexist with the absence of Annette O’Toole.  Verdict: It’s gone 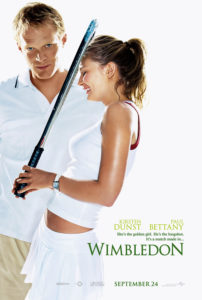 I figured watching this again might be a balm to ease the sharp disappointment that there’ll be no actual Wimbledon tennis tournament this year due to the pandemic. This tennis-centric romcom has a pretty shoddy reputation, but frankly I had next to no memory of it other than it stars Paul Bettany during that brief window he was considered a romantic leading man. It’s a picture where the script is so free of plausible conflict it barely manifests, and the on-court stuff is pretty limp undercutting any chance of it being a decent sports movie. Yet for most of its running time it eases along on the considerable charm of the cast — Bettany’s aging pro, Peter Colt, and Kirsten Dunst’s American player, Lizzie Bradbury, are both delightfully blonde, fetching, and fresh-faced. 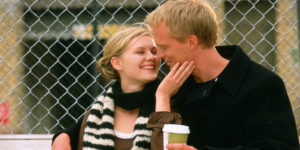 James McAvoy gets a few solid scenes as Peter’s younger brother who regularly bets against him, while other welcome presences include Game of Thrones‘ Nikolaj Coster-Waldau as Peter’s German practice-partner, Sam Neill wrestling with an American accent as Lizzie’s protective father, and in an MCU preunion with Bettany, Jon Favreau as Peter’s sleazy agent. Amazingly, we discover John McEnroe is slightly less annoying when he’s scripted. With added support from veteran thesps Bernard Hill, Eleanor Bron, and Celia Imrie, Wimbledon is watchable fluff, however forgettable. Verdict: It’s gone 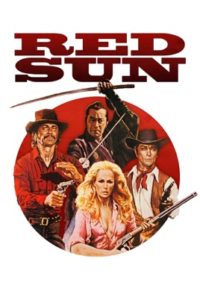 Another recent birthday was celebrated on Film Twitter, that of Japanese legend Toshirô Mifune — who would’ve been 100 in 2020 — best known for his work with Akira Kurosawa. He did cross the Atlantic to work in Hollywood in films like Midway, 1941, and this  spaghetti western — actually shot in Spain — directed by Terence Young, best known for having helmed a few early James Bond pictures. Link (Charles Bronson) and Gauche (Alain Delon) are bandits who liberate a pile of cash from a train, along with a gold-encrusted ceremonial sword from the Japanese ambassador en route to Washington. When Gauche double-crosses Link and leaves with the money and the sword, Link teams up with the ambassador’s samurai, Kuroda (Mifune), and the hunt is on. 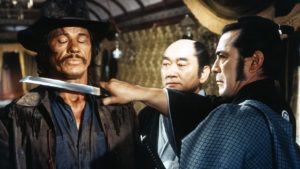 A surprisingly jaunty Maurice Jarre score keeps things light while Link and Kuroda make a good-time odd couple, crossing paths with both Capucine and Ursula Andress. The landscape is beautiful and the company is good, but the pace is glacial — not even Andress, the threat of Comanches, our two charismatic heroes, or Delon’s icy blue eyes can sustain the interest through the extended running time and episodic plot.  Verdict: It’s gone