Written and Directed by Terrence Malick | 129 min | on iTunes 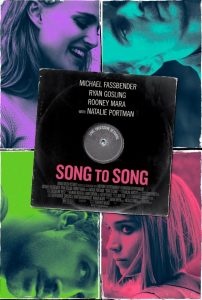 Since The Tree of Life, Terry Malick’s been eschewing anything approaching a traditional narrative in his films, instead making sweeping romantic tales of love and alienation—To The Wonder and Knight Of Cups—driven by visuals and intimate voiceover rather than dialogue and plot. This approach upsets many in the criteratti, but I don’t mind his new direction. He’s become a filmmaker of poetry rather than prose, a method of experimentation rather than tradition. He’s always had this quality in his work, but now it’s as if he’s getting more explicit, more focussed, crystalizing his agenda.

That said, with his sonnet of Austin musicians in love,  he may have finally gone a little too far.

Rooney Mara is a guitarist who’s sleeping with her music biz svengali, Michael Fassbender, his grins more sharklike than ever. She also falls in love with a local musician played by Ryan Gosling, his second music man in a row after La La Land. This love triangle fractures, and new ones form, involving Natalie Portman, Bérénice Marlohe, and Cate Blanchett. 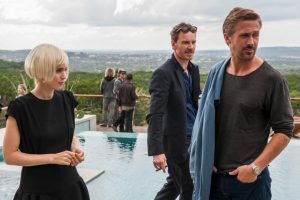 Malick has a way of framing his stars as their most beautiful selves. He seems to encourage this idea of physicality as a commodity, and that seems especially true of Rooney Mara’s character. Her identity never really manifests beyond someone who is desired, unable to define herself as something other than a woman caught between two lovers.

Fassbender’s sinewy arms tell their own story, as does Portman’s navel and Gosling’s chest.  The actors become dancers, emotional representations on Malick’s aesthetic stage—physical character is as important as the fluid landscapes, fields of tall grass and rocky outcrops, astride gorgeous, modernist spaces filled with soft breezes and afternoon sunlight, and lovely, sexy, touchy people. All of which you drink in and let overwhelm you, or you don’t at all. 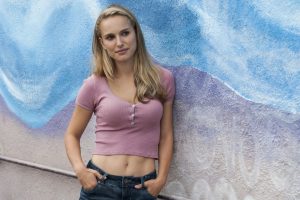 There are visual moments here that I thought might be outtakes from his last film they were so similar. The Austin SXSW setting promises a unique, local flavour, but given how many musicians cameo—Lykke Li, The Red Hot Chili Peppers, Patti Smith, Iggy Pop, and John Lydon, amongst others—there’s precious little actual music to enjoy. We’re too high above it, floating through the clouds and sunlight. Song to Song is erotic while being remarkably chaste—hands follow the contours of bodies (usually) without the clothes coming off—which helps keep it in the air and not in the messy, real tumescence of physical desire. It’s an intellectualizing of sex, a telling rather than showing. 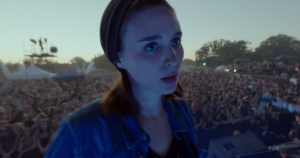 I’m happy to have seen it, and its austere loveliness has stayed with me, but I also hope Malick takes  his experiment in a fresh direction the next time. Beauty as an end point just isn’t enough. Let’s have a little more storytelling grit in accompaniment.