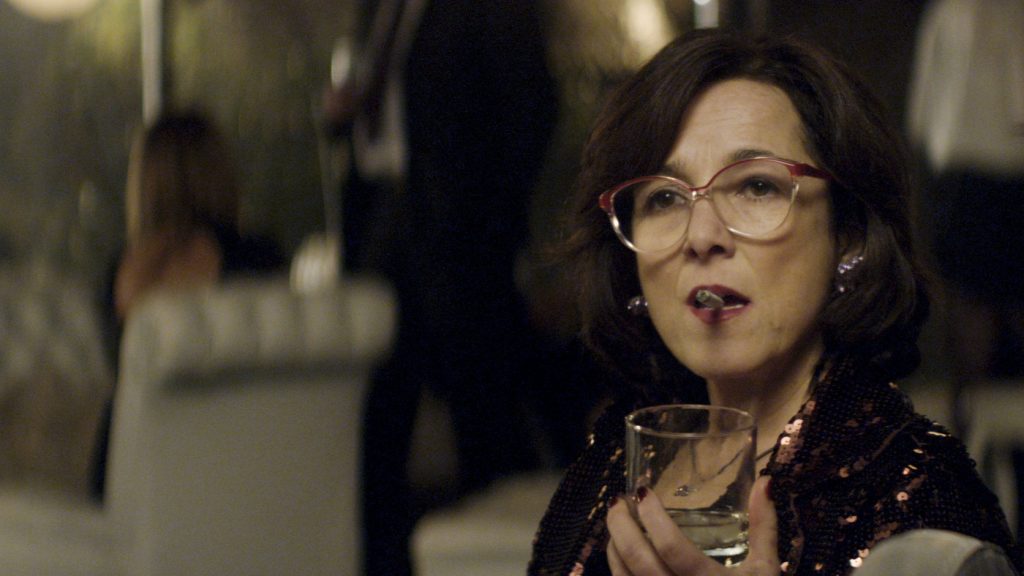 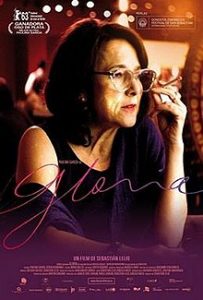 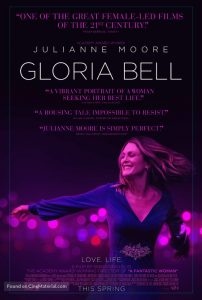 There is a brief history of international filmmakers who remake their earlier work when they get discovered by Hollywood. It doesn’t tend to work out well. I can’t think of a single example of a film that was improved by the original director going back to do a remake. Does anyone prefer the second version of The Man Who Knew Too Much over Hitchcock’s original? George Sluizer’s Dutch horror, The Vanishing, from 1988, is terrifying, while his English-language remake from 1993, is largely considered a disaster. Michael Haneke’s Funny Games from 1998 wasn’t beloved, but it got even less approbation when he remade it 10 years later.

Now we have Gloria and Gloria Bell, with Chilean filmmaker Sebastian Lelio (A Fantastic Woman, Disobedience) remaking his original film in English. The new version stars Julianne Moore. The original is set in Santiago, and the eponymous Gloria is played by Paulina Garcia.

She’s a 50-something single woman with two grown children. She enjoys attending dances and meeting men, and at one of these dances she hooks up with Rodolfo (Sergio Hernandez), an older man divorced from his wife. He seems to really like her, but he won’t introduce her to his family.

The plot summary doesn’t do justice to this gorgeous, unexpected film, a portrait of middle-age, its frequent humiliations and occasional joys. Lelio directs a lot of scenes in Gloria’s car as she sings along to her favourite songs, and moments of solitude as she prepares to go out, deals with her neighbour’s hairless cat, and his emotional meltdowns. There’s also plenty of scenes of intimacy between Gloria and Rodolfo, a reminder that we don’t often see nudity and sexuality in people of this age. Lelio challenges our preconceptions of people at this point in their lives, unflinchingly. Gloria is gloriously alive, and the film is terrific. 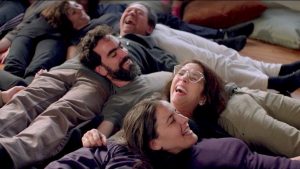 The remake has one major thing going for it that its predecessor didn’t. With no disrespect intended to Garcia, Julianne Moore takes this role and lives it in a way that feels even more personal than the original, and I think Lelio spends even more time with his camera on her face than he did with his lead in the first film, upping the intimacy we feel with her. 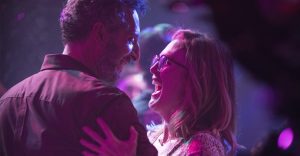 Moore is having a ball with this material. Her Gloria is a middle-aged Los Angeleno who works in the insurance industry, and as in the Spanish-language film, she loves to dance. The soundtrack is a lovely mix of Matthew Herbert’s blissed-out electronica and AM Hits of the 70s and 80s—two songs are lifted off the soundtrack to Flashdance.

I was disappointed to note that Gloria Bell is more prudish than the original—Gloria isn’t as promiscuous as her predecessor, but otherwise she’s much the same; the kids (here Michael Cera and Caren Pistroius), the ex-husband (Brad Garrett, and his new wife is Jeanne Tripplehorn), and the new lover (a slightly shifty John Turturro, missing some of Sergio Hernandez’ charm) who says he loves her but keeps her at arms length. 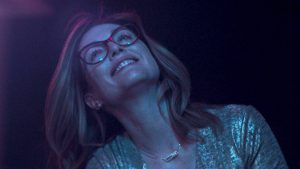 There are small changes in the new film—at eight minutes shorter it’s missing a few interstitial moments. That raging upstairs neighbour we never get to meet this time, though his hairless cat does keep showing up in her flat. We also have the replay of the visual trope of her specs—one is blue-framed and one is red, and they seem to change from scene to scene, just as with the earlier film. I’m sure there’s a pattern, but two movies in and I haven’t quite twigged it yet. 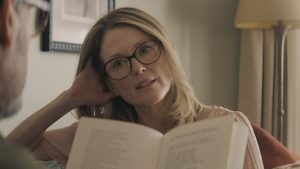 Objectively, Gloria Bell is so similar the earlier version, down to the rhythms of whole scenes, and pretty much all the plot development, it doesn’t shine with much novelty. Of course, many won’t have seen the original, which might be for the best going in to this one. Also, as mentioned above, the new edition does have Moore at its centre, and she’s been one of the great, gutsy presences in American movies for more than 25 years. 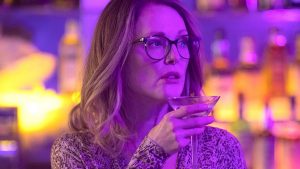 There’s a scene late in the running where she pulls off her pants in front of Turturro’s character, and is naked from the shirt down. It’s not quite as startling as her famous bottomless scene in Short Cuts where she argues about fidelity with Matthew Modine, but she’s as emotionally daring in this picture as that one, and as anything she’s ever done. It’s her commitment that makes Gloria’s final return to the dance floor a triumphant, cheer-worthy moment for her and us.